Cleetus McFarland’s Freedom Factory Is in Danger. Here’s Why 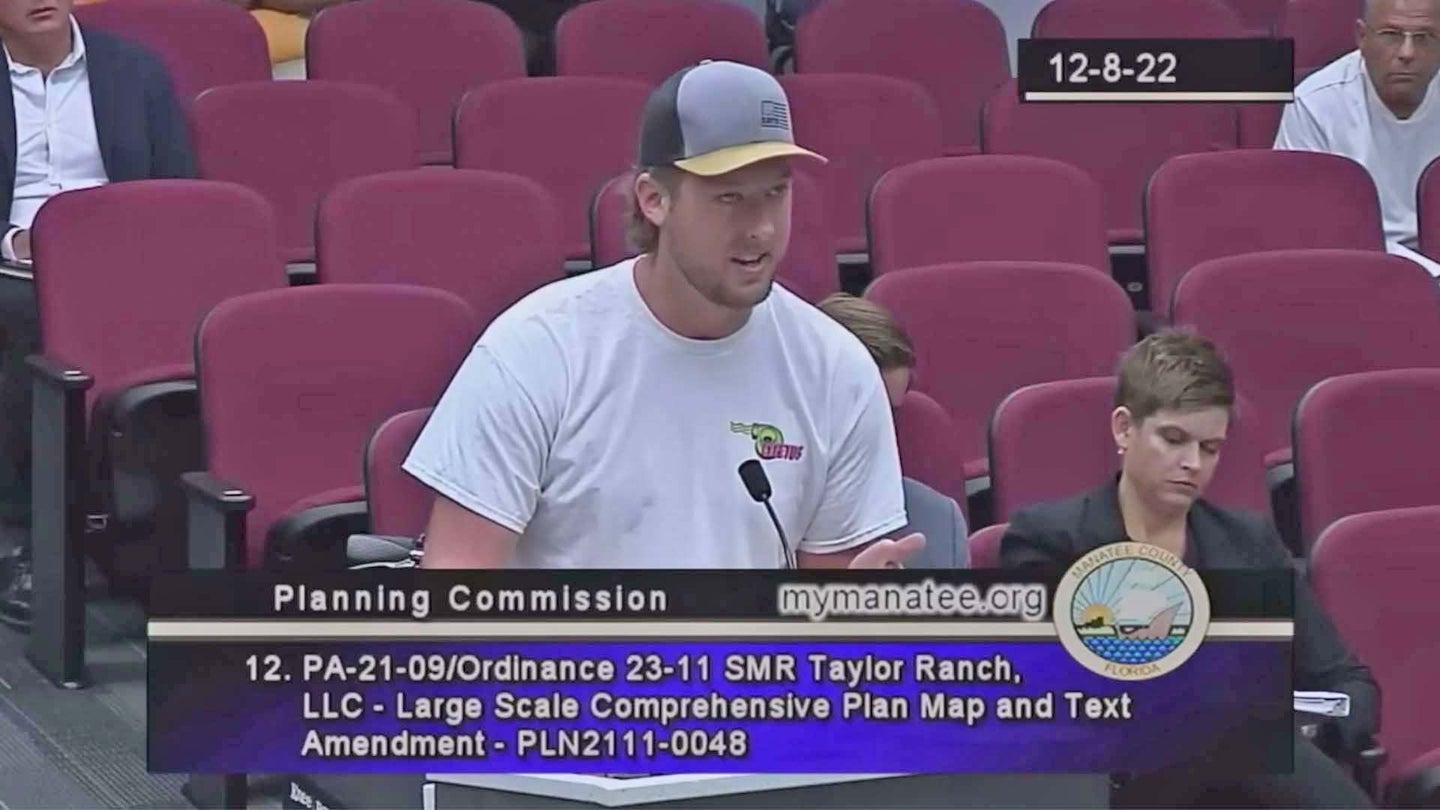 The powers keep kicking car culture while it’s down, and if you need proof, look at all the race tracks that have been forced into closure lately. Some of these can be attributed to financial problems but in more than one case, pressure from angry neighbors has resulted in county-level legal fights that result in drag strips and circle tracks on the losing end. That’s what YouTuber Cleetus McFarland is fighting right now as the land that surrounds his Freedom Factory complex in Bradenton, Florida, might soon turn into housing developments with more than 4,500 homes.

To be clear, no one is demanding that the Freedom Factory be shut down. Not yet, anyway. McFarland, whose legal name is Garrett Mitchell, points out that the situation could soon turn into a fight with future residents that prefer peace and quiet over V8s and burnouts. The ruckus that goes on at his facility hasn’t been a problem in the past because it’s currently bordered by 2,700 acres of agricultural land; however, zoning changes would turn this area into urban development.

As you can see on the map, the Freedom Factory is located just off Highway 64. The land immediately to the west, which runs to Bourneside Boulevard, is what’s being discussed and voted on in Manatee County. Those in favor of re-zoning the land have already introduced the idea of sound abatement by way of a 25-foot fence, though Mitchell argues that’s unlikely to keep his potential new neighbors happy. He noted in a public hearing on Dec. 8 that while he’s in favor of sound control to some degree, it’s unlikely they’ll be able to keep events quiet enough to prevent complaints.

The Freedom Factory is a paved, 3/8-mile oval that sits next to Bradenton Motorsports Park, a drag strip that’s owned by Victor Alvarez. Dozens of sold-out events are hosted at the tracks annually, which Mitchell and Alvarez argue is an enormous draw for the local economy. It seems to keep growing, too, as automotive celebrities and pro drivers participate in races there that draw larger and larger crowds.

“We’ve had a great impact on our local economy and local car scene. We plan to fight as much as we can to prevent this from happening,” Alvarez said, according to Drag Illustrated. “We know what can happen and what this can lead to if we get 4,500 homes built next to these two facilities. We’re not going to go down without a fight.”

Last week, the planning committee voted 5-1 in favor of the provisions. It’s being reviewed by the Board of County Commissioners on Thursday, Dec. 15, and will reach the state level if it passes. Mitchell is urging both locals and non-residents to formally speak out against the proposal by mailing various county officials, and judging by the comments on his latest YouTube video, a lot of people are joining the fight. There’s no guarantee this will affect the board’s decision, but it’s turning into a mass effort for the racing community nonetheless.

The post Cleetus McFarland’s Freedom Factory Is in Danger. Here’s Why appeared first on The Drive.