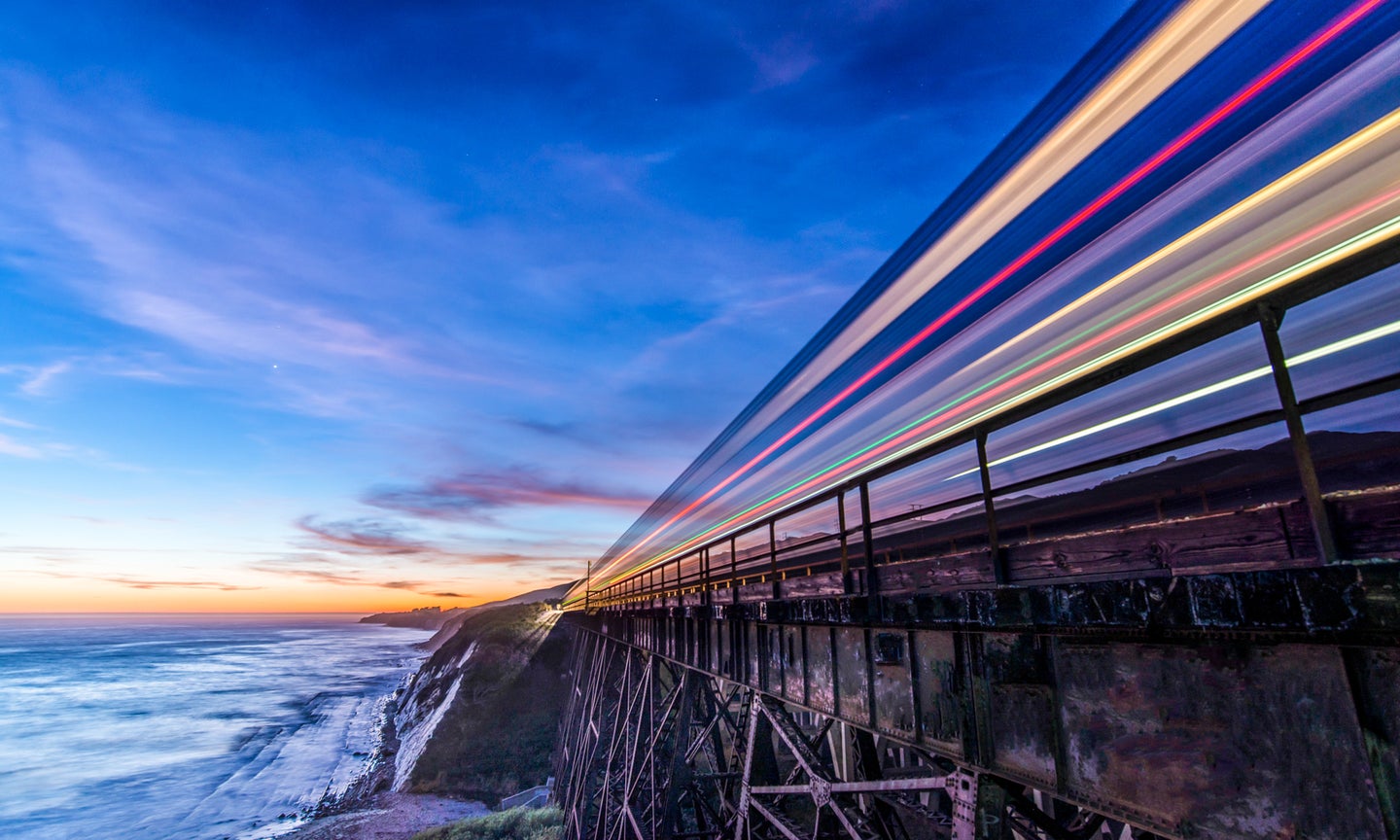 The southern portion of California’s popular Amtrak Pacific Surfliner is unfortunately in need of some repair. Amtrak indefinitely closed the section from Irvine to San Diego, California on September 30. According to recent reports from the Los Angeles Times, the closure is due to coastal erosion on the beach, which was exacerbated after the recent tropical storm Kay rolled through California.

Passengers and train enthusiasts love the Pacific Surfliner for its stunning coastal views. However, it’s also an important section of transportation for many Californians.

“Safety concerns to the right-of-way in San Clemente have made it necessary to suspend train service through the area,” Amtrak said in a recent statement. “We understand that closures will result in disruptions and sincerely apologize for any inconveniences it causes our riders. We’ll continue to look for ways to minimize the impact of these closures as this critical work continues.”

Climate change was a major factor in the erosion of California’s coastline. While tropical storm Kay was the straw that broke the erosion-camel’s back, climate change has been slowing eroding the coastline over the past few years. Now, it’s starting to show real logistic and economic effects, as the closure of one of California’s most popular railway sections will have a big impact on passengers.

It also speaks to a larger issue. Despite scientists warning us about the negative effects of climate change for decades, it seems that many parts of the U.S.—even more environmentally progressive parts like California—are woefully ill-equipped to handle it.

There’s currently no timetable for when repairs might be done but Amtrak says the section of track won’t open back up until repairs are complete. Until then, one of the ways Amtrak is looking to reduce the impact on passengers is to set up buses and alternative train services for affected areas. “We are working with our partners to set up train service between Oceanside and San Diego, as well as bus connections to/from Irvine and Oceanside.”

Have any tips? Send them to [email protected]