Corvette Will Become Its Own Brand With SUV, Sedan in 2025: Report 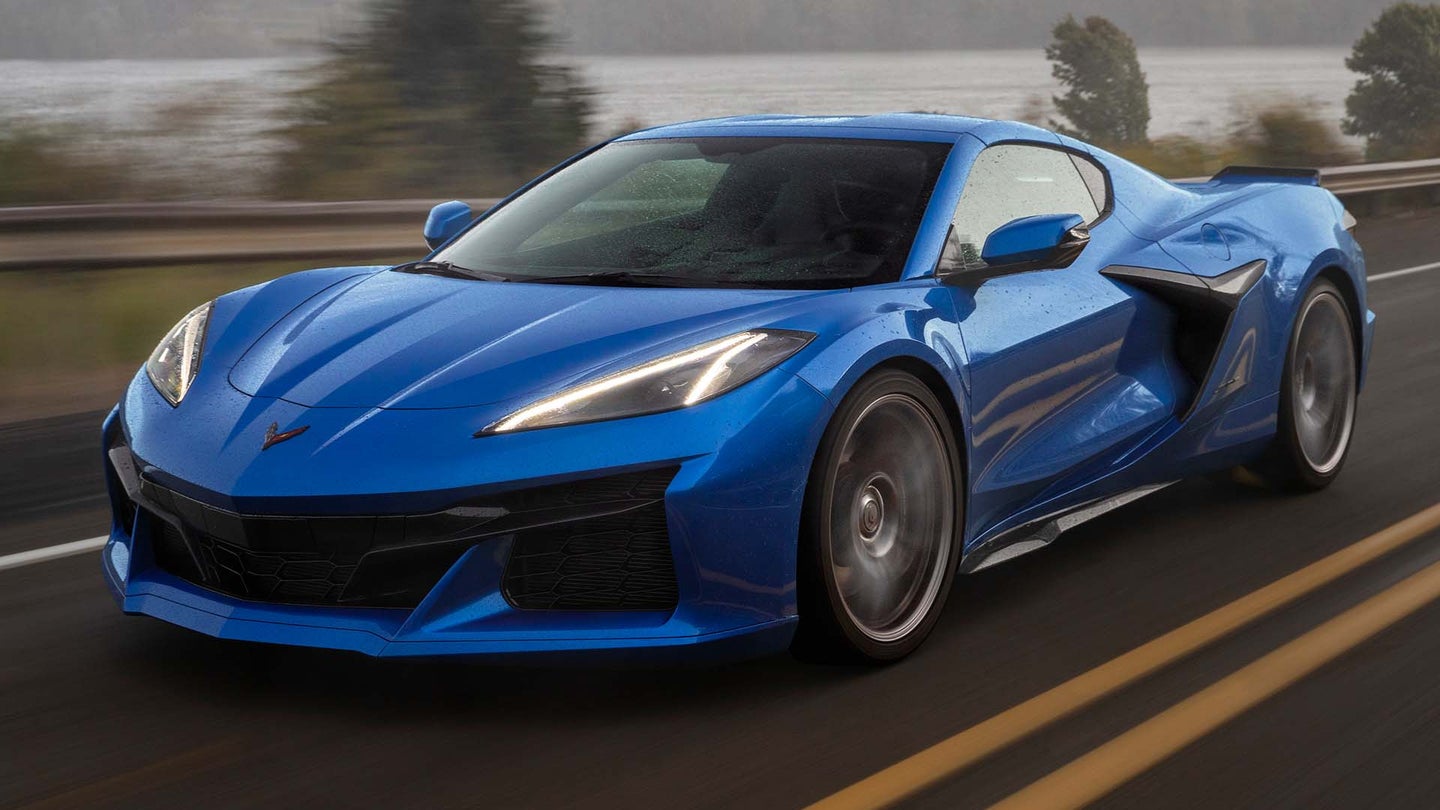 General Motors‘ Corvette has always lived under the Chevrolet brand, but that could be changing if a report from Car and Driver is to be believed. According to that story, Corvette will be launching as its own brand with its own products in 2025. All of them—the traditional two-door, a sedan, and an SUV—will reportedly be electric. None of this has been officially confirmed by General Motors.

C&D‘s source on the matter is anonymous. It’s stated that they “have seen the first proposals” of the plan. Specific technical details of the cars were provided, though. Some if not all of the new vehicles are said to have extremely energy-dense battery packs, high-speed electric motors, two-speed transmissions, 800-volt electrical systems, and 350kW charging capability. Additionally, it’s alleged that some of the machines might feature four-wheel steering with various modes and torque vectoring.

The source seems enthusiastic about the new vehicle lineup, to say the least. They claim that they’re not an answer to any vehicles from Europe or otherwise. The idea is apparently to “create three American legends capable of breaking new ground by making the essence of Corvette scalable.” They go further to describe them as having “encapsulated emotional purity.” It almost seems like PR talk.

Another line states that “Corvette is not just a brand. It’s a constantly evolving system paired with a dramatically different user experience.” That reads like it’s straight out of a press release. Don’t eliminate the possibility of this supposed leak being intentional.

The report by C&D isn’t all that’s fanning the flames of an independent, electric Corvette brand rumor. We know a battery-powered Corvette is coming, as GM has officially said as much. What’s more, GM President Mark Reuss mentioned earlier in November that an electric, C8-based model with “incredible performance” is on the way for—you guessed it—2025. A Corvette SUV might’ve also been hiding in plain sight at CES in 2021, giving further credence to the idea.

In short, it all sounds plausible. What sort of battery tech these cars might use is still hazy, though. Eeking considerably more energy density out of contemporary lithium-ion units seems farfetched on a large scale. It’s possible GM could switch to solid-state batteries to get its desired density, but while the automaker has a slew of patents out on solid-state battery tech, no one has really presented a prototype with such a battery. Could GM be the first? I’d be surprised. As far as the other tech mentioned by Car & Driver‘s source, it all seems well within the realm of possibility. Most if not all of it already exists on production cars, some made by GM.

The bottom line is that there won’t be any confirmation of this news until formal announcements come from GM. We reached out to the company in an attempt to get more information, but a spokesperson refused to comment. Unless there’s another big leak, we’re just going to have to wait until someone at the Detroit automaker pipes up.

The post Corvette Will Become Its Own Brand With SUV, Sedan in 2025: Report appeared first on The Drive.