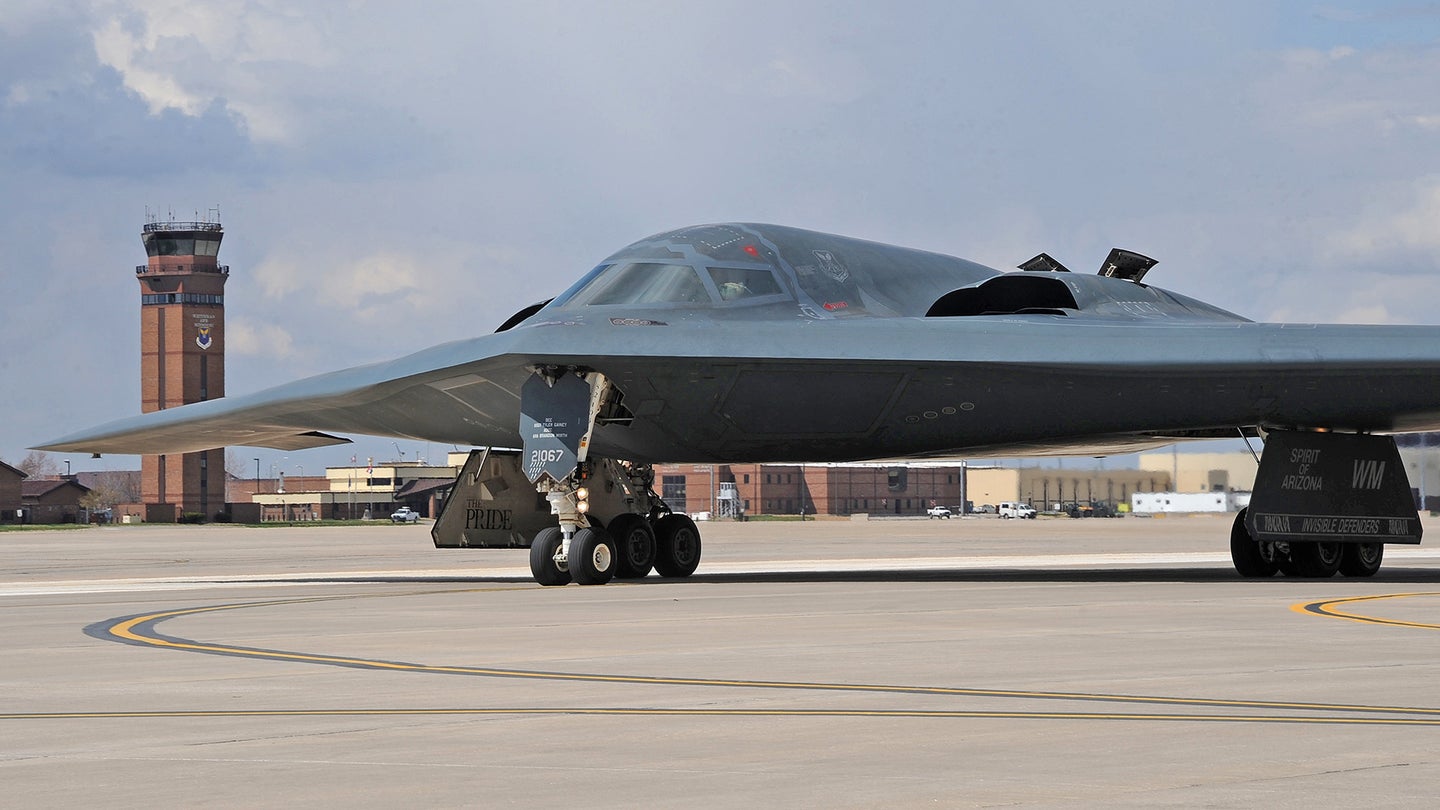 Whiteman Air Force Base in Missouri has confirmed to The War Zone that recovery operations are still underway for the B-2A Spirit stealth bomber that made an emergency landing at the installation on Dec. 10. The incident also prompted the closure of Whiteman’s only runway, which the base has no predicted end date for at this time, and satellite imagery from Dec. 18 shows the B-2 still sitting damaged on the airstrip.

The Dec. 10 emergency landing was carried out after the B-2 in question experienced an in-flight malfunction, and the maneuver resulted in damage to the aircraft. A fire is also confirmed to have occurred aboard the bomber that was eventually extinguished by Whiteman’s emergency response crews. The base then released a Notice to Airmen (NOTAM) that same day stating that its 12,400-foot runway would be closed through the week, which has since been extended through the end of the year. A separate NOTAM was issued for the base’s Taxiway Bravo on Dec. 16, which is also scheduled to end on Dec. 31, but both notices can be lifted or extended as needed.

Whiteman declined to detail how the closure may affect day-to-day operations for the base’s 509th Bomb Wing where all of the service’s 20 B-2 Spirit stealth bombers are primarily housed. The base is also home to the A-10 Warthogs of the 422nd Fighter Wing as well as MQ-9 Reapers. T-38A Talons are also assigned there to support B-2 aircrew currency training.

On Dec. 16, Whiteman published a press release stating that the installation has put an indefinite safety pause on the entirety of the B-2 fleet for inspection. This effectively grounded the aircraft and will prevent them from participating in the previously planned 2023 Rose Parade and Rose Bowl Game flyovers that were scheduled for early January. B-1B Lancer bombers from Ellsworth Air Force Base, South Dakota, will be taking their place.

“We don’t have a speculated end date [for the safety pause] at this time,” said Master Sgt. Beth Del Vecchio, superintendent for 509th Bomb Wing Public Affairs. “And yes, the runway is still closed. Recovery teams are still working out there to minimize any further disruptions, but just like the safety pause, we don’t have a speculated end date. Because the incident is under investigation, we are not releasing any further details on the nature of it, but we will be able to release it once the official investigation is complete.”

While blurry, low-resolution satellite imagery from Dec. 18 has since been posted showing the stricken B-2 still on the runway just north of the now-closed Taxiway Bravo. It is believed that significant damage to the bomber’s left wing can be seen.

Other images, taken from the ground, have been posted on social media showing the stealth bomber leaning on its side.

Del Vecchio couldn’t offer any specifics in regard to the extent of the damage or why the bomber hasn’t been removed from the runway in the nine days since the aircraft had to make the emergency landing. However, she did confirm that no munitions were aboard the aircraft at the time of the incident.

This is the second B-2 to be damaged at Whiteman in just over a year, with a separate bomber having crashed at the base in September 2021. In that case, the B-2 was also left wing down after skidding off the runway during another emergency landing. A corresponding Air Force investigation discovered issues with the hydraulic system and landing gear that prompted the collapse upon touchdown. The incident also resulted in the closing of Whiteman’s runway, and the bomber involved is still undergoing millions of dollars in repairs.

The damage caused on Dec. 10, however, has already kept Whiteman’s runway out of commission for more time than the crash in 2021 did. This has raised questions about the practicality of basing the U.S. Air Force’s entire B-2 bomber fleet at an installation with only one runway.

All told, when exactly B-2s will be taking flight again is unclear, and the same goes for the state of Whiteman’s runway. But more details will come to light as the Air Force’s investigation unfolds.