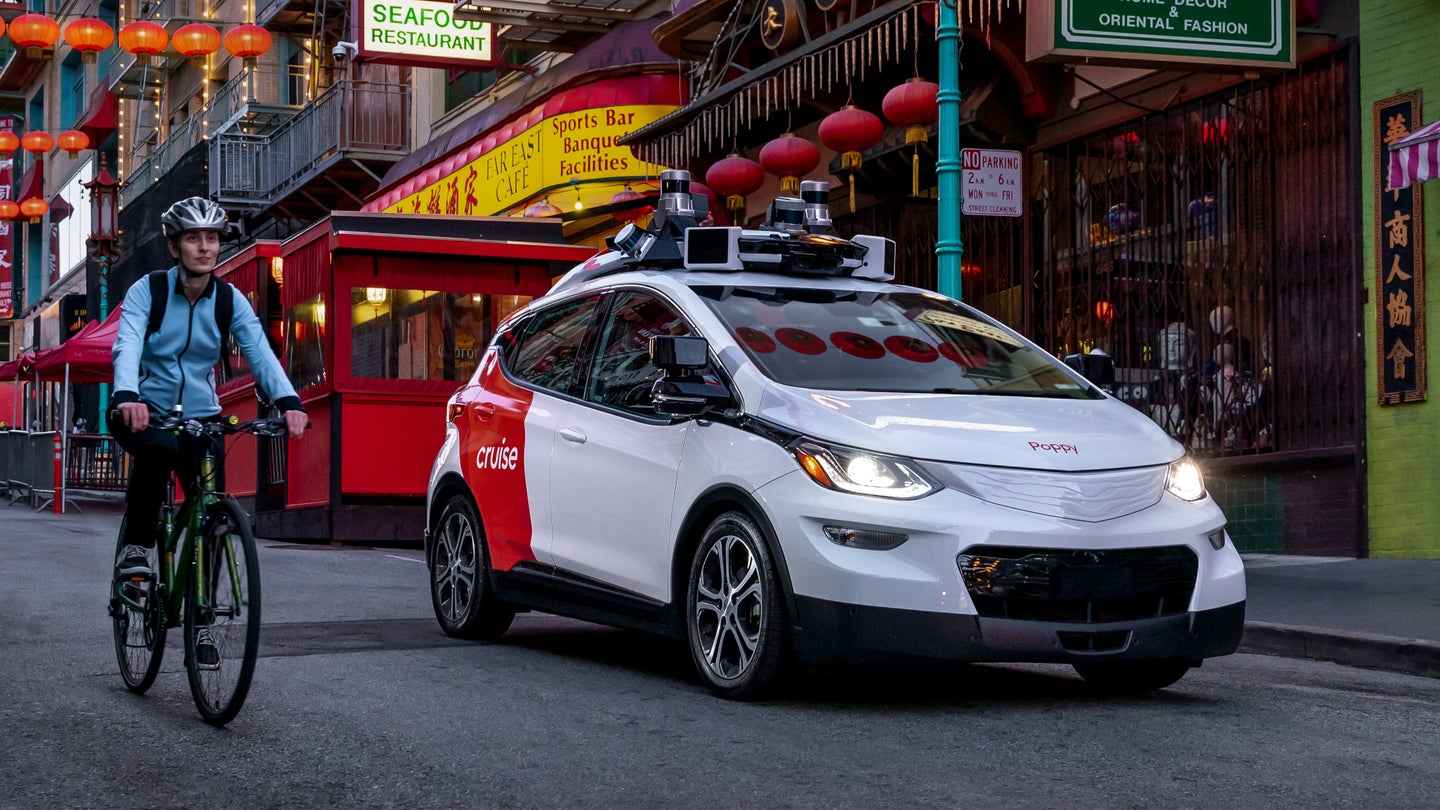 Driverless cars from GM subsidiary Cruise have been holding up traffic in San Francisco over the last week.

As covered by SFGate, multiple incidents have occurred around the city with the company’s autonomous fleet of Chevrolet Bolts. In one Reddit post from last week, two of the company’s cars can be seen blocking traffic near the intersection of Sacramento St and Leavenworth St.

It’s unclear whether both cars had an issue, or whether the second one merely stopped because it was blocked by the one in front. Either way, both cars had their hazard lights on. A voice in the video can be heard exclaiming “there’s no driver!” as others become frustrated at the stoppage.

Similar frustration reportedly occurred on the corner of Franklin Street and Geary Boulevard, according to KRON4. A Cruise vehicle was spotted having crossed into a bus lane, with the vehicle stopped just inches away from a San Francisco Muni bus. No collision was reported in the incident, which took place at approximately 10:19 pm on Thursday night.

Yet another Cruise vehicle blocked Sacramento St near Mason St, not far from the famous Tonga Room tiki lounge. The vehicle was spotted by KRON4 anchor Dan Thorn, who shared a video of the beleagured car on Twitter. Notably, the self-driving car was inexplicably blasting music from the stereo despite the fact nobody was inside. It’s either an odd quirk or a sign that artificial intelligences are partial to watered-down pop rock tunes.

The incident had caused disruption to local traffic, and had forced a Muni bus to reroute around the blockage. After Thorn rang the assistance number displayed on the vehicle’s display, a Cruise team arrived within 20 minutes to deal with the situation. The apparent need for a phone call raises questions as to Cruise’s in-house monitoring capabilities. One would expect the highly-connected autonomous vehicles to send warnings directly back to Cruise HQ in the event of an unexpected stoppage.

Cruise spokesperson Drew Pusateri told SFGate that the stoppages were due to a “technical issue.” According to Pusateri, Cruise teams arrived at each incident within 20 minutes to recover the affected vehicles. Speaking on the issue, Pusateri stated that “if our cars encounter a situation where they aren’t able to safely proceed, they stop and turn on their hazard lights, and we either get them operating again or pick them up as quickly as possible.”

It’s not the first time that Cruise’s vehicles have been a nuisance on the roads of San Francisco. As recently as July, a swarm of the company’s vehicles blocked traffic for hours on a four-lane road. That spawned an anonymous post from someone claiming to be a Cruise employee, who stated the company had a “highly chaotic environment where safety related discussion is routinely discouraged.” Other incidents have involved Cruise’s cars blocking emergency vehicles and interactions with police for driving without headlights.

Human drivers have their foibles, too. However, we’re rarely known for simply stopping dead in traffic and refusing to move. Cruise will need to solve these issues promptly if it is to avoid the wrath of the enraged commuters of downtown San Francisco.