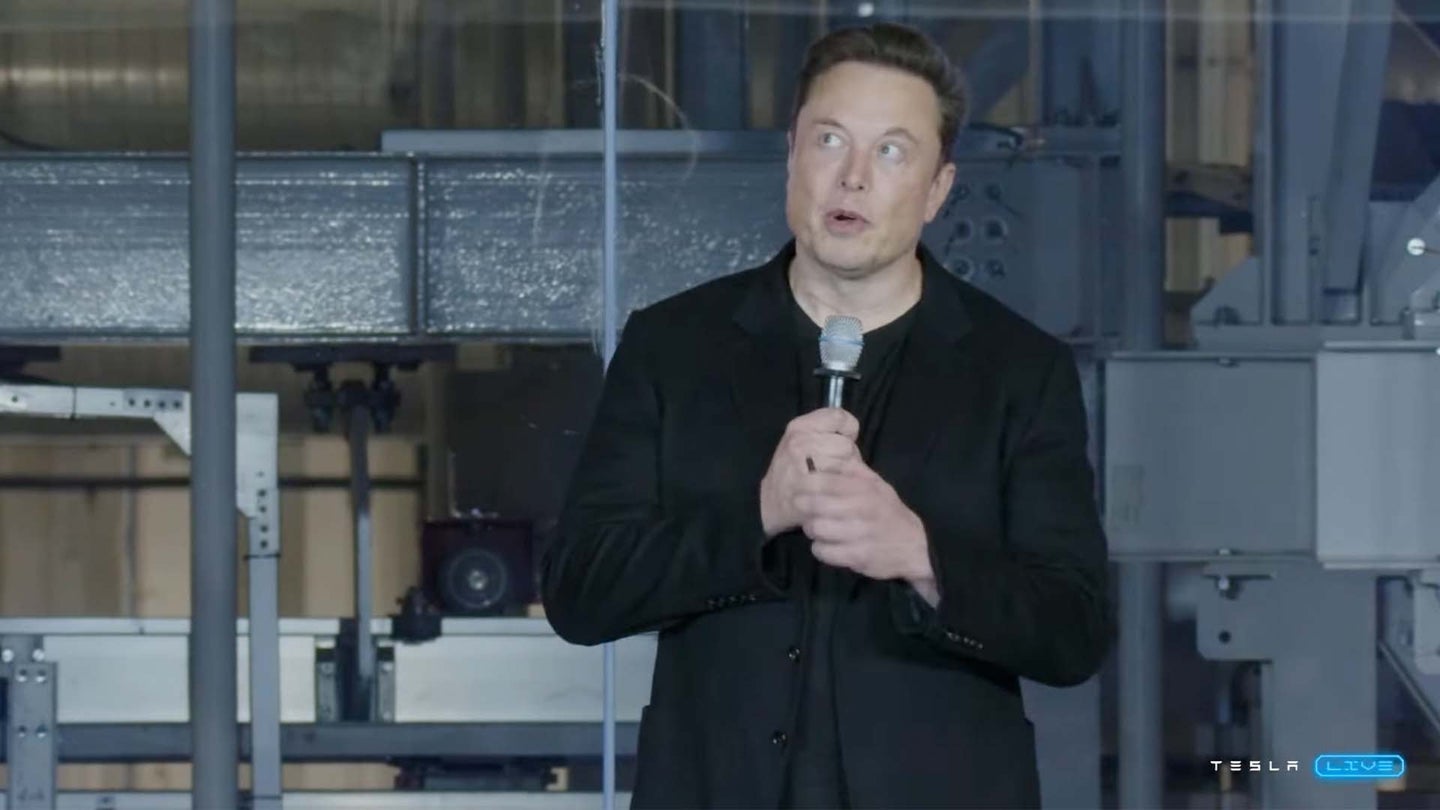 Tesla’s annual shareholder meeting took place on Thursday at its new factory in Austin, Texas. The “Cyber Roundup,” as it is now branded, is time for Tesla to recap its progress and share some forward-looking information about the direction it’s headed in. One way or another, for better or for worse, it always results in a lot of headlines.

During the live-broadcasted meeting, Elon Musk shared updates on Tesla’s various business ventures, including its progress on vehicle autonomy, its upcoming products, and expanding its factory output in the near future.

Tesla is still working on perfecting what it hopes will be its bread and butter: vehicle autonomy. However, the company has had repeat setbacks with this program, and some are even being closely watched by regulatory bodies. The company has also repeatedly missed its timeline for a driverless trip across the country, a feat that was originally promised in 2017 and has yet to have happened, at least publicly.

“This year, I swear,” said Musk, jokingly, when touching on Tesla’s progress with its Full Self-Driving software. He emphasized that Tesla had a recorded 40 million miles from its fleet of beta testers and expects to eclipse 100 million miles before the end of the year. Later, Musk clarified that he really meant that Tesla’s Full Self-Driving beta would be available widescale later this year. Tesla has previously clarified to lawmakers that the company’s FSD beta deployment would remain a Level 2 driver assistance system.

The CEO also fielded a question regarding the deployment of the Tesla Network, which is the automaker’s occasionally mentioned robotaxi deployment that was supposed to launch by the end of 2020. Musk said that Tesla did not plan to pilot the program in specific cities (like other AV startups that are still working to perfect the craft), but instead would launch it fleet-wide, regulations permitting.

Musk added that eventually all cars will be battery-electric and have self-driving capabilities, but he believes that Tesla’s manufacturing process—specifically, the fact that its single-piece “megacastings” significantly reduce the number of robots in its factories—will be hard to beat.

As many analysts and potential buyers have forecasted, it appears that the Tesla Cybertruck will be priced above its initially announced price of $40,000.

“Cybertruck pricing was unveiled in 2019 and the reservation was $99, so, a lot has changed since then,” Musk said. “The specs and the pricing will be different. I hate to give a little bit of bad news, but I think there’s no way to have anticipated the inflation that we’ve seen and the various issues. What I can say is that the Cybertruck will be one hell of a product. It’s going to be a damn fine machine.”

Musk says that Tesla will be working to install the tooling for the Cybertruck at Gigafactory Texas in the coming months and looks to be in volume production by mid-2023.

This was part of a Q&A session that took the inquiries asked by shareholders and allowed other shareholders to vote for question visibility. The top-voted questions would then be answered by Musk on stage. However, Musk stopped taking questions from the online portal once he reached a tough one asking when the Tesla Semi would be available, immediately switching to the audience Q&A.

The Semi is also expected to be built at Tesla’s plant in Austin, though it was spotted at what is believed to be a low-volume production line in Sparks, Nevada last year. Up to 15 of Tesla’s Semis were reportedly due to be delivered at PepsiCo by the end of 2021; however, it’s unclear if the company ever took delivery. The Drive asked PepsiCo about this delivery multiple times in June but did not receive a response.

Musk did not give any other updates on Tesla’s vehicle products, including the $25,000 EV mentioned at Battery Day 2020 and during an interview in 2018.

In the last several weeks, Tesla has pumped out its 3 millionth vehicle. The automaker says that it’s working to up its output to between 1.5 million and 2 million vehicles annually from each of its Gigafactories, a milestone that would keep the automaker on track to meet its goal of building and selling around 20 million battery-electric vehicles annually by 2030. That could bring its total for the decade to 100 million vehicles.

To do that, Tesla needs more factories. It has long outgrown the former General Motors and NUMMI facility in Fremont, California with a capped production output of between 700,000 and 800,000 vehicles. Instead, it’s looking to increase the number of plants that it operates to between 10 and 12. Musk says that Tesla may reveal another Gigafactory location later this year.

Musk also stressed that Tesla was working to get its battery recycling program up and running. In fact, the company is already recycling upwards of 50 packs per week in Nevada. That might not sound like much, but Musk stressed that there simply aren’t a lot of packs to recycle since batteries are outperforming and outlasting what was originally predicted. GM’s Director of Electrification Strategy Tim Grewe previously shared this same sentiment with The Drive.

Another sustainability point was made on Tesla’s often-forgotten solar business. According to Musk, solar panels manufactured by Tesla have produced more electricity in the last year than the amount of electricity used to produce its vehicles and charge on the company’s Supercharging network. The company has also produced around four Gigawatt-hours of energy storage products, which is enough to power approximately 3 million homes.