Daniel Ricciardo Says He Won’t Race in F1 Next Year 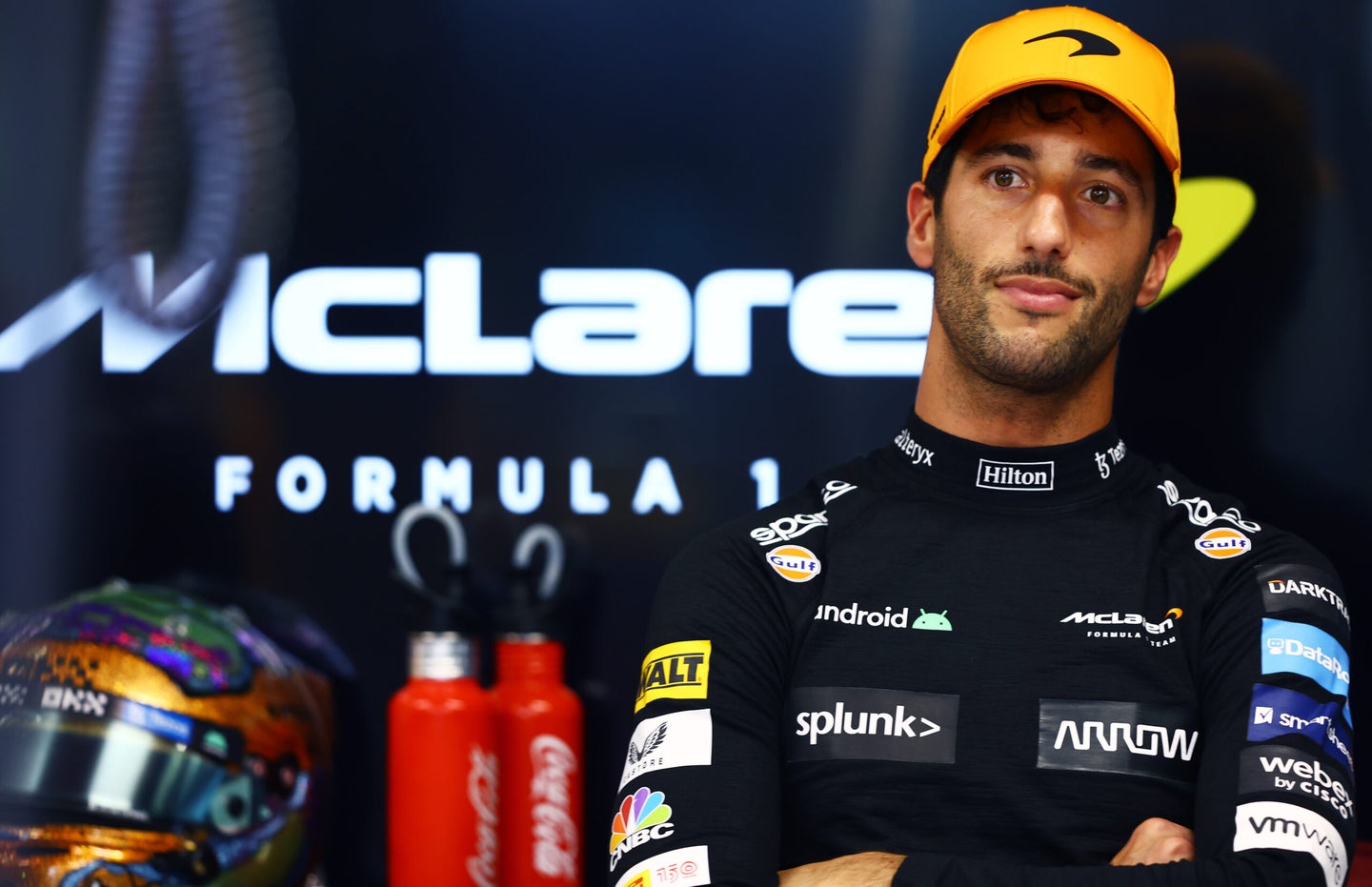 The saga of Daniel Ricciardo in Formula 1 post-Red Bull has been confusing and maddening. An eight-time grand prix winner and one of the most exciting drivers to have ever graced the grid, his troubles at McLaren have dulled his elite status. After Pierre Gasly’s announcement at Alpine, his previous employer and strongest option, Ricciardo has now admitted that he won’t race in 2023.

Motorsport.com reported that Ricciardo will not take a reserve driver role with Mercedes, though talks were held. Though his statements indicate that he just conceded his position on the 2023 grid, of which Haas and Williams still have open seats, there’s a video from the Dutch Grand Prix in September where Ricciardo is seen talking to Red Bull driver Sergio Perez. In the video, Ricciardo can be clearly heard saying to Perez that he is going to “take a year off, then come back in 2024.”

Ricciardo’s time in F1 has major highlights and some serious lows. His wins with Red Bull, becoming known as a master late braker and overtaker, as well as his Monza 2021 win with McLaren, are all dulled by his overall performance at the Woking-based team. His two years with McLaren, poised to be something exceptional, only broke his confidence and left him looking a distant second-best to teammate Lando Norris.

When asked if he would race in another series like NASCAR or IndyCar, Ricciardo maintained his focus on F1. Basically, he won’t drive anywhere unless it’s an F1 car with a competitive team, which is why he isn’t strongly linked to a Williams or Haas seat. The move to take a sabbatical for 2023 is about as strategic as Ricciardo can hope for, with his voluntary ouster from McLaren, who he had a 2023 contract with, putting him in an awkward position.

He intends to be back on the grid for 2024, a task that has his full focus even if he isn’t racing at all. With him backing out, it looks like silly season is coming to a gentle close.

The post Daniel Ricciardo Says He Won’t Race in F1 Next Year appeared first on The Drive.