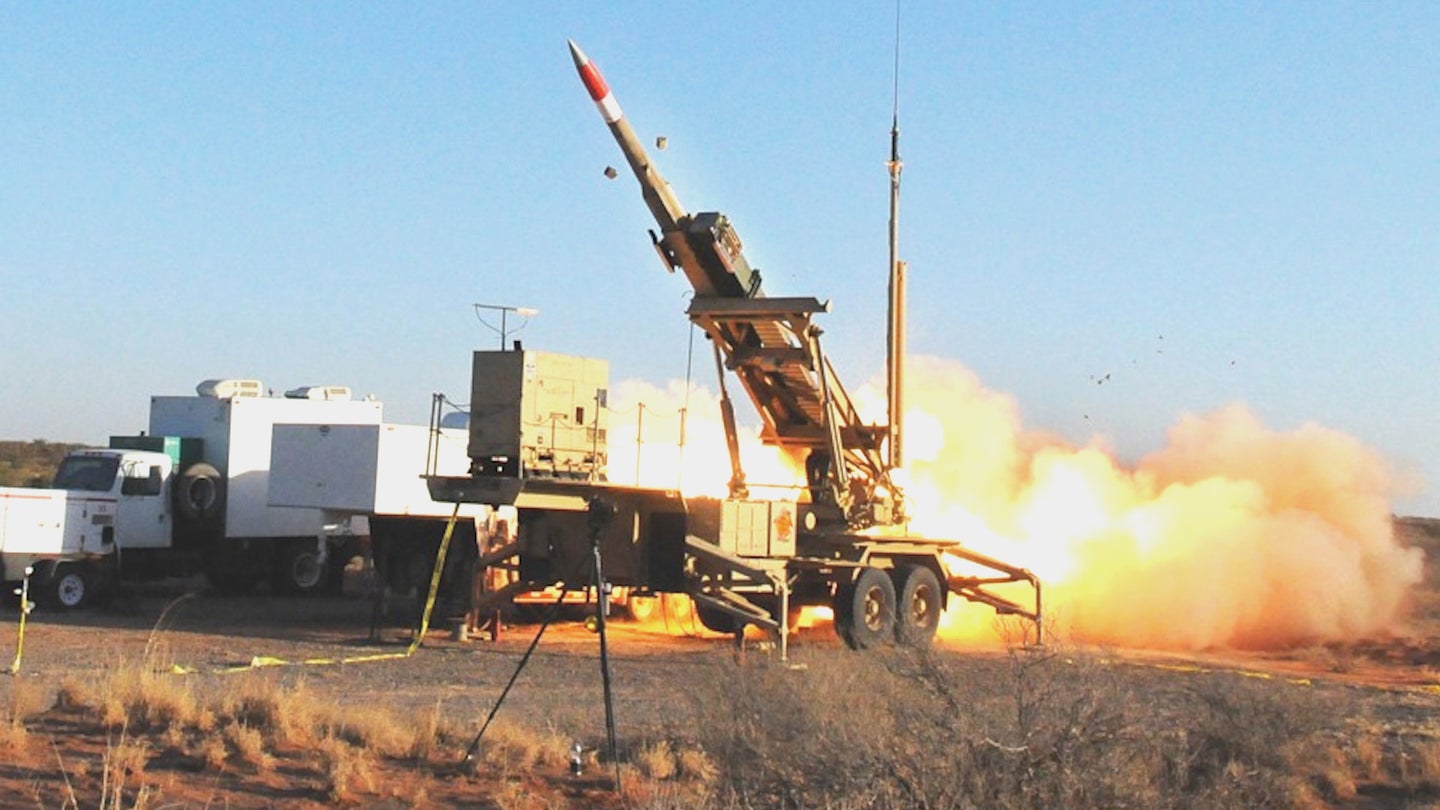 The U.S. government is reportedly close to finalizing a deal to send Patriot surface-to-air missile systems to Ukraine. If true, this would represent a major new addition to Ukraine’s air and missile defense capabilities amid renewed reports that Iran is planning to transfer hundreds of short-range ballistic missiles to Russia. It would also represent another significant expansion in the scope of military aid that Washington, and potentially its allies and partners, are willing to provide to Kyiv.

CNN first reported earlier today that the details surrounding a transfer of Patriots to Ukraine are currently being finalized, citing anonymous Pentagon and other U.S. government officials and saying that a formal announcement could come as soon as this week. U.S. Secretary of Defense Lloyd Austin and then President Joe Biden still have to sign off on the deal, but this approval is reportedly expected.

Though still unconfirmed, this news does follow a cryptic Tweet, consisting almost entirely of emojis, including the Ukrainian and American flags, a telephone receiver, and a rocket, from Andriy Yermak, the head of the Office of the President of Ukraine, this past weekend. This could, of course, be entirely unrelated to possible future deliveries of Patriots.

However, the Pentagon did publicly confirm last month that a possible transfer of Patriot systems to Ukraine was under active consideration. The Ukrainian government has long sought to acquire Patriots, even before Russia launched its all-out invasion in February, to help bolster its air and missile defenses.

If the transfer goes ahead, training for Ukrainian troops on Patriot is expected to take place at the Grafenwoehr Training Area in Germany. American forces have already been training personnel from Ukraine to use other systems, including the High Mobility Artillery Rocket System (HIMARS), at Grafenwoehr.

However, CNN’s report says the full size and scope of the proposed Patriot deal for Ukraine are unclear, including how many and what type of interceptors and other components might be delivered. A typical Patriot battery includes an AN/MPQ-65 multi-function phased array radar, and requisite fire control, communications, and other support equipment, as well as up to eight trailer-mounted launchers.

In addition, it is not clear if the deal in question will involve the transfer of Patriots straight from the U.S.’s inventory or will be a U.S. government-facilitated arrangement involving systems from a third country or a purchase of some kind. As The War Zone has highlighted in the past, Patriot is a very in-demand and relatively low-density system within the U.S. Army, the only branch of the U.S. military that currently operates it.

During a press conference in October, U.S. Army Gen. Mark Milley, Chairman of the Joint Chiefs of Staff, talked about the potential to send Patriots to Ukraine and noted that a number of U.S. allies and partners currently operate different versions of the system. Milley’s comments came in the context of a broader discussion about U.S.-led efforts to help modernize Ukraine’s nationwide air and missile defense networks on a longer-term basis.

The U.S. government has already helped facilitate the transfer of higher-end air defense systems, among other things, from other countries to Ukraine by helping to back-fill capacity in various ways, including through the deployment of American forces. American allies and partners have also been stepping up deliveries of lower-tier air defense systems in recent months.

In November, Polish officials suggested that it might be better for Germany to transfer some of its Patriot surface-to-air missile systems directly to Ukraine rather than deploy them to Poland. However, that deployment, first raised as a possibility in the wake of what appears to have been an errant Ukrainian surface-to-air missile killing two people on a farm in Poland, now appears to be going ahead as planned.

A limited delivery of Patriots from U.S. Army stocks could also potentially be combined with additional systems from American allies and partners to form a larger overall transfer to Ukraine.

Regardless, sending Patriot systems, even with older types of interceptors, to Ukraine would be a major boon for the country, which currently has little ballistic missile defense capability. Just yesterday, there were new reports about the potential transfer of hundreds of short-range ballistic missiles from Iran to Russia, although with limitations placed on their capabilities to allow Tehran to make the deliveries without violating United Nations Security Council resolutions.

As The War Zone has explored in depth previously, substantial amounts of short-range Iranian ballistic missiles could have substantial impacts on the conflict given Ukraine’s lack of defenses against them. Ukraine’s power grid, among other things, has sustained significant damage from Russian strikes involving air and sea-launched cruise missiles, as well as Iranian-made kamikaze drones, in recent months despite claims that Ukrainian air defenders are shooting down many of those incoming threats.

Patriots, as a modern long-range surface-to-air missile system, would simply provide Ukraine with expanded coverage to defend against Russian aircraft, drones, and cruise missiles. Depending on what radars might be transferred with these systems, the deliveries could give Ukrainian forces important additional aerial early warning capabilities that could potentially be networked with other existing radars, too.

It of course remains to be seen how long it might take for the U.S. Patriot deal to be finalized and for those systems to be delivered, not to mention when sufficiently trained Ukrainian crews may be available to actually put them into operation.

Whatever the case, discussions between American and Ukrainian officials about the possible transfer of Patriots, which would be critical assets in the face of any future barrages of Iranian-made ballistic missiles, look to be reaching a new phase.