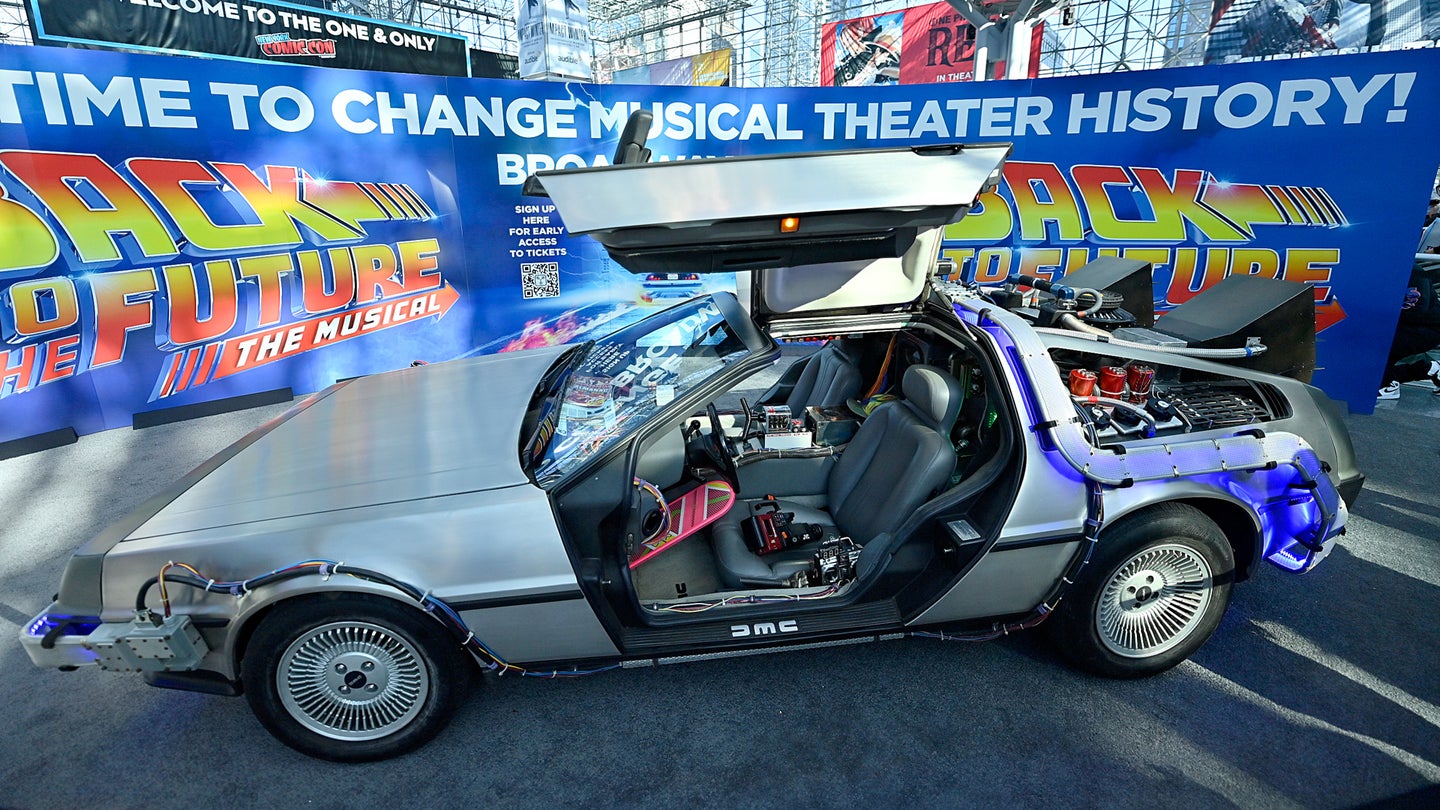 Nearly 40 years ago, Marty McFly and Doc Brown traveled back in time in John DeLorean’s iconic gull-winged sports car. Fast forward to December, 2022 and the Delorean Motor Company is now suing NBCUniversal, according to the LA Times, for allegedly unpaid royalties from the Back to the Future franchise.

Few brands have as messy of a history as DeLorean. The DeLorean Motor Company (DMC) isn’t even owned by the DeLorean estate anymore, instead it’s owned by a Stephen Wynne, a British born businessman who now operates a new DMC he formed out of Texas. Wynne bought the rights to the DMC and its intellectual property from the DeLorean estate in 1995 and with it came a prior agreement between the original DMC and NBCUniversal.

In 1989, DeLorean made a deal with NBCUniversal for five percent of revenue from merchandise and commercial deals connected to the Back to the Future franchise. However, according to DMC’s lawsuit, NBCUniversal hasn’t held up its end of the deal. DMC claims that NBCUniversal has paid some of its owed royalties but not all and that it’s asked for accountings of the money owed, but NBCUniversal either keeps delaying or outright refusing.

Not only does NBCUniversal sell loads of Back to the Future merchandise featuring the DeLorean but the car was also featured in Ready Player One, the 2018 Steven Spielberg-led sci-fi movie. DMC claims the latter of which was done without its authorization. The damages DMC is seeking will be determined in the coming trial.

It’s only fitting that there’s more controversy surrounding DeLorean. The car, the company, and the man have all been surrounded by financial and legal troubles ever since the car was first developed in 1981. It will be interesting to see how this plays out, especially now that Wynne and DMC are involved with the new DeLorean Motor Company, who’s using the iconic name to develop new electric supercars.

The post DeLorean Motor Company Is Suing NBC Over Unpaid Back to the Future Royalties appeared first on The Drive.