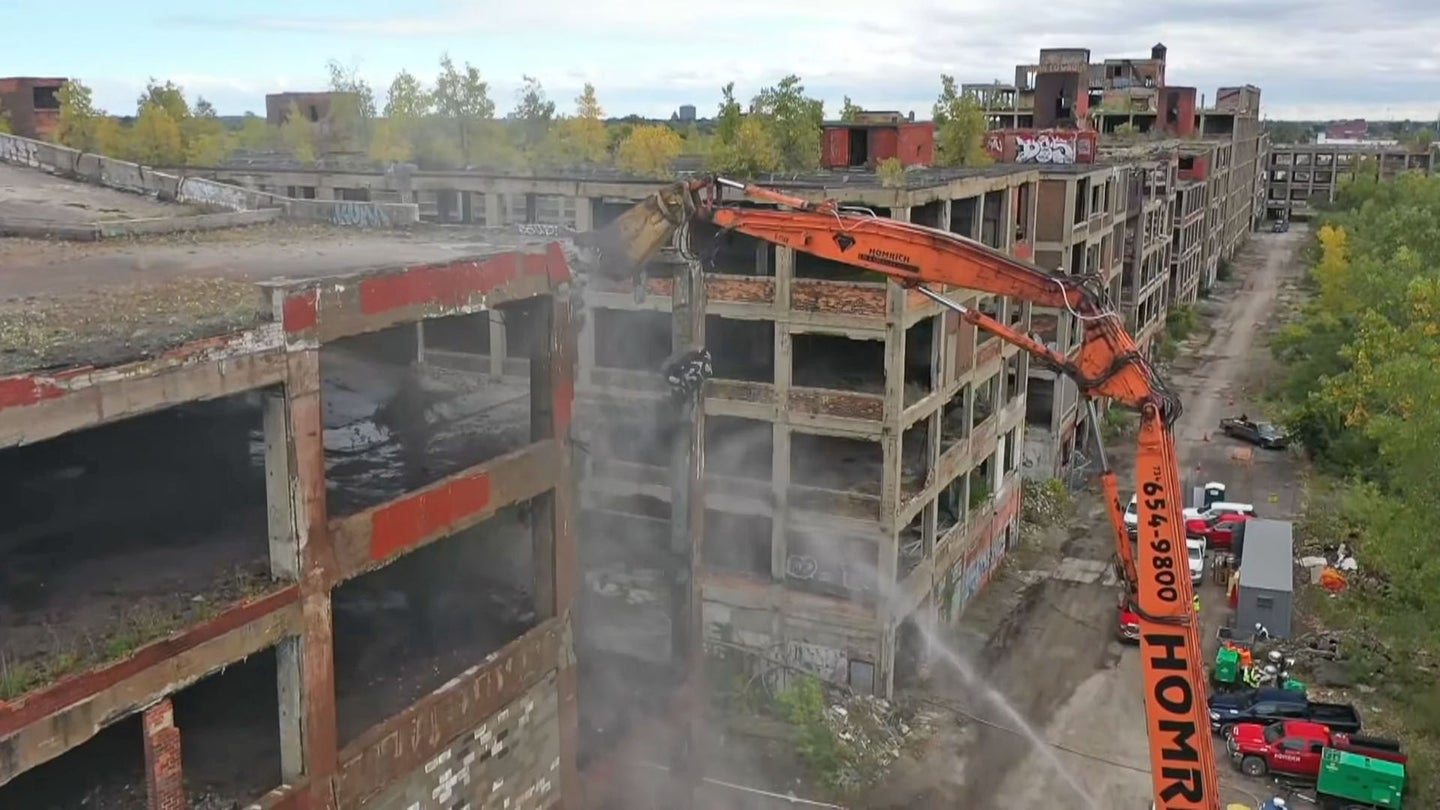 Peruvian developer Fernando Palazuelo has owned the site since 2013 after purchasing the 3.5 million-square-foot complex for a paltry $405,000. He has failed to redevelop the plant as he claimed. A court order earlier this year instructed him to demolish the structures on the site citing safety concerns. No action was taken so the city has begun the process. Palazuelo is still under court order to pay for the demolition.

The plant was constructed in 1903 and shuttered by 1958. Packard, an independent luxury automaker that couldn’t compete with the “Big Three” after an ill-fated merger with another car company, Studebaker, died soon after. Since then, the 40-acre site has been used for various purposes, although it is mostly known for its status as a symbol of Detroit’s decline.

The city’s mayor, Mike Duggan, says portions of the site will be saved for redevelopment, although specifics weren’t provided. There are dozens of buildings on the site in various states of disrepair.

As its most well-known manufacturing site is demolished, the Packard name itself is for sale as of 2020. There have been various attempts to revitalize the brand over the years, although none have been successful. The company was once known as one of the finest automakers in the world, although stiff competition lead to its decline in the postwar era. Now, with its once-buzzing manufacturing site reduced to ruin, the brand and its cars will doubtlessly fade further into memory.

The post Detroit’s Iconic Abandoned Packard Plant Is Finally Being Demolished appeared first on The Drive.