Did You Know Sidecar Motorcross Is a Real Thing? 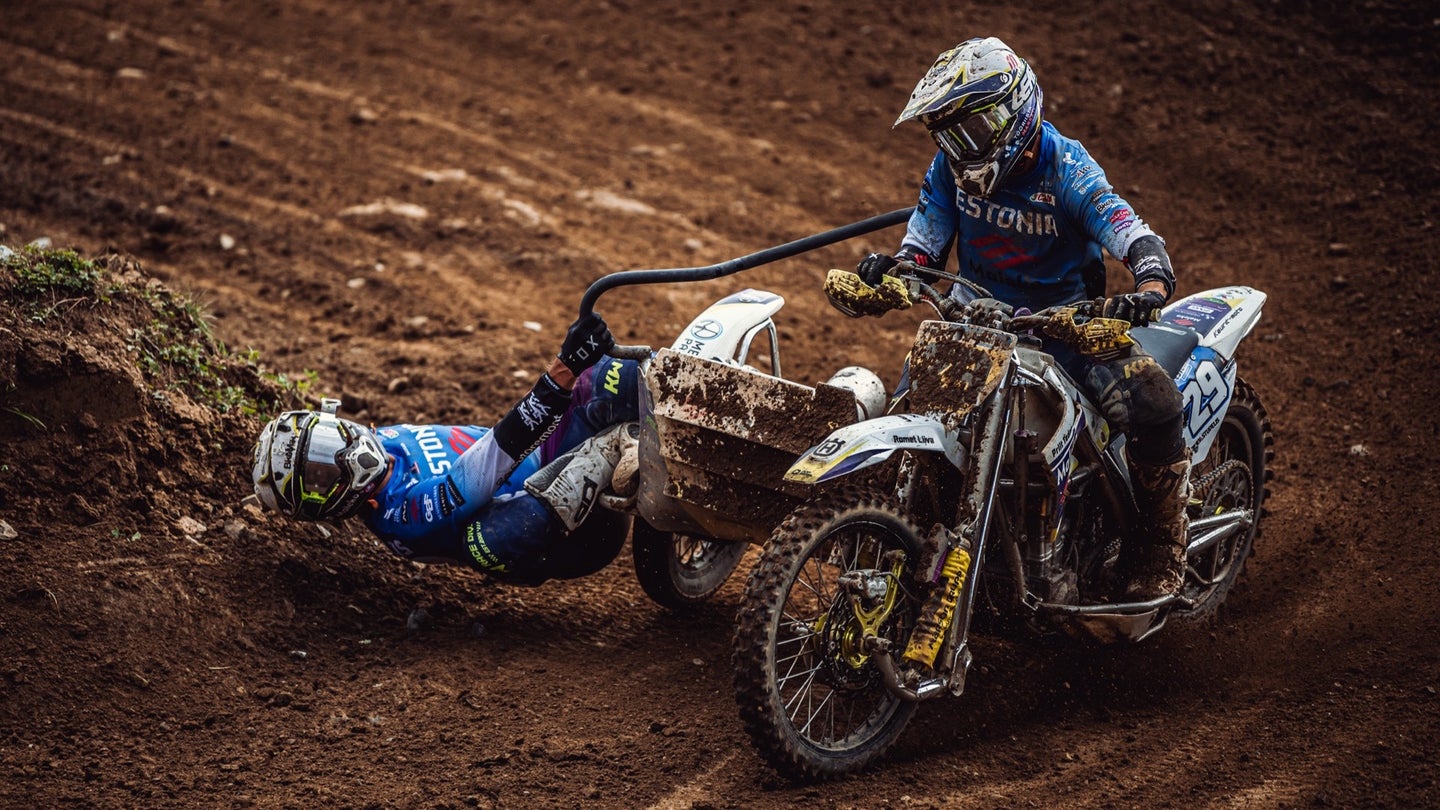 If it has a motor, then someone, somewhere, is racing it. Not just on asphalt, but on dirt. For some reason, though, you like us probably never considered that sidecar motocross could be a thing—never mind the most fun new motorsport since tuk-tuk rallies.

Sidecarcross, as it’s officially named, is an obscure form of racing that’s predominantly found in central Europe. The sport dates back to the 1950s, according to the World Sidecarcross Championship, when homemade sidecars were fitted to single-cylinder bikes and used for club racing. By the 1960s, sidecarcross had graduated to two-cylinder bikes with purpose-built frames, and international events became commonplace. Things really took off in the ’70s with the establishment of the European Sidecar Championship, and in 1980, the first World Championship was held by the FIM—the same body that runs MotoGP.

Today, world-class sidecarcross bikes are largely built from a single make of frame, with most 2022 competitors using frames from Dutch supplier WSP. Engines are much more diverse, with the option of 1,000cc 4-strokes (1- or 2-cylinder), or 750-cc 2-strokes, from a variety of manufacturers at that. Some run motors from well-known companies like Husqvarna and KTM, while others lean on little-known options like Jawa and Zabel. The sporting regulations don’t specify a power limitation, so like karting, power is probably limited by how often you feel like rebuilding engines.

As for the on-track product, it’s just like tarmac sidecar racing, with one rider on the bike and another to throw their weight around to keep things upright. It’s highly reminiscent of tuk-tuk racing, but with smaller teams and at higher speeds. It looks awfully dangerous, what with the large fields, tight racing, loose surfaces, jumps, and the fact that riders have to hang off the sides of their bikes to make corners—but fatalities and serious injuries don’t seem to be especially common. It’s probably because the fields appear to spread out pretty quickly, minimizing the chances of contact.

In all, it seems like yet another novel way to play in the dirt. So, anyone else wanna… hang out?

The post Did You Know Sidecar Motorcross Is a Real Thing? appeared first on The Drive.