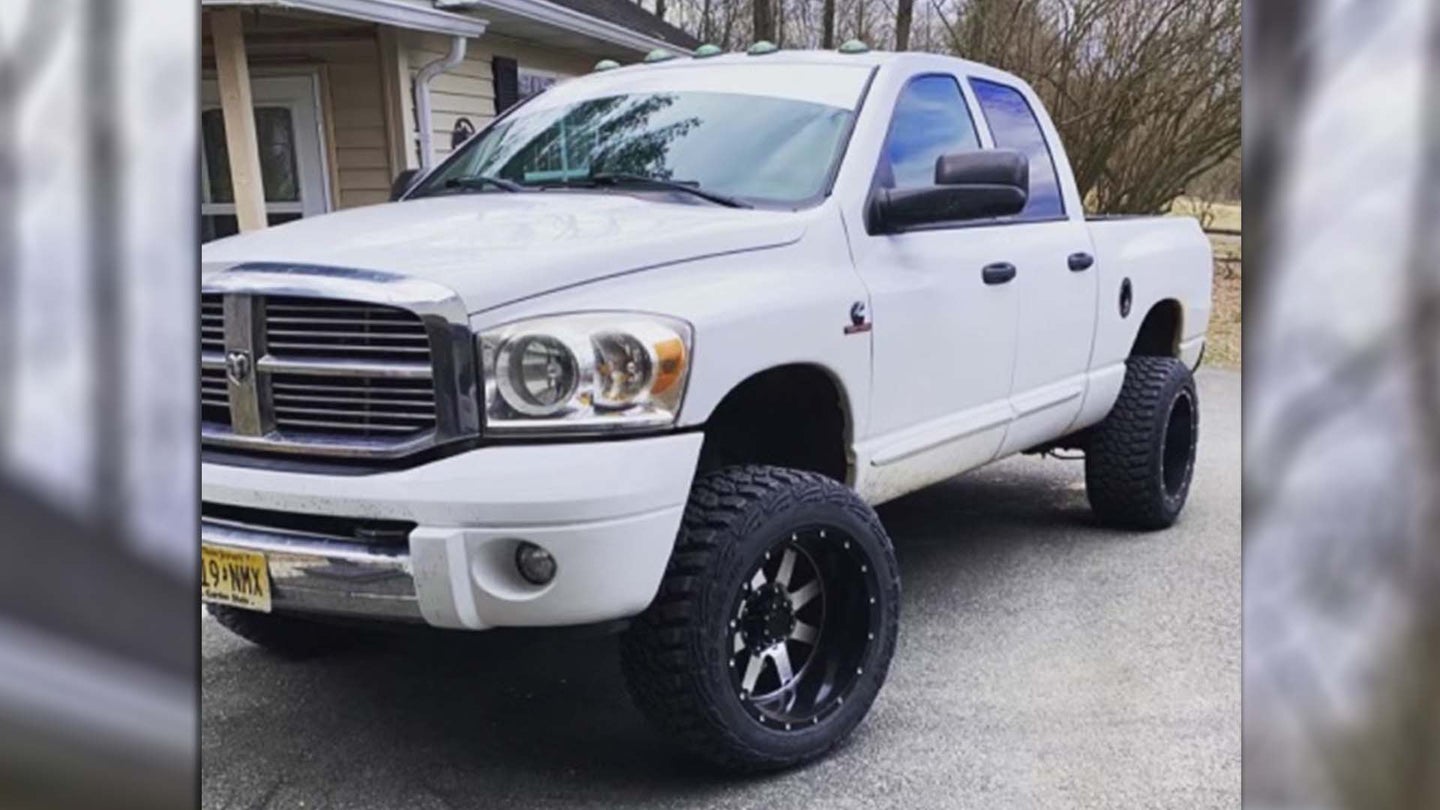 A diesel truck owner’s battle with the state of New Jersey is leading to the scrapyard. Mike Sebold initially received a letter from the state’s Department of Environmental Protection after listing his modified 2008 Ram 2500 on Facebook Marketplace. Officials took issue with the pickup’s deleted emissions equipment and, in turn, told Sebold his truck must be returned to stock or taken off the road. But even after he turned in his plates, Sebold claims they’ve forced him to make an appointment with the crusher.

The saga started in late July when the New Jersey DEP officially opened correspondence with Sebold. He quickly replied and after a few days of back and forth, he decided against returning the Ram to stock. According to him, it would’ve cost more than $10,000 to do so, which was more than he felt comfortable spending—especially with the 60-day timeframe the DEP gave him. Sebold says he then de-registered the truck and ran it at a sled pull in Warren County, which convinced him to use it strictly for competition.

As it appears, though, that still wasn’t enough to satisfy the DEP. Sebold tells me they gave him a deadline of Sept. 25 to add emissions components like the diesel particulate filter back to the truck or have it destroyed. After exhausting seemingly every option to save his pickup without spending thousands on repairs, he elected to comply. At the time of publishing, the truck is set to be crushed Friday, Sept. 16.

A New Jersey DEP agent involved with Sebold’s case forwarded me to the department’s public information officer. When I asked about the ongoing saga, they replied, “Mr. Sebold has informed the Department that he intends to bring his truck to a scrap yard on Sept. 16 and have it destroyed, although the Department has explained to Mr. Sebold on multiple occasions that the Department would extend the 60-day deadline cited in compliance requirements to give him time to make the necessary repairs to the truck and return it to full New Jersey emissions compliance. These repairs would include returning the vehicle to its original certified emission configuration.”

When I asked if Sebold was being forced to crush his Ram despite removing it from the road, the DEP said, “Mr. Sebold has made the decision to scrap his truck, despite DEP offering him other options.”

Sebold tells me he’s never been visited by a DEP representative in person, only that he believes them to have photos and videos of his truck. This was a key detail for many who claimed government overreach when the state initially contacted Sebold, but New Jersey law is clear about its stance on selling deleted trucks. Simply put, it isn’t allowed, and they apparently don’t have to see it in person if the seller admits to such modifications in the vehicle’s listing.

It won’t be over until the truck is crushed or the New Jersey DEP changes its mind and allows Sebold to keep it in one piece. Either way, this likely won’t be the last case we see of deleted truck owners duking it out with state governments.