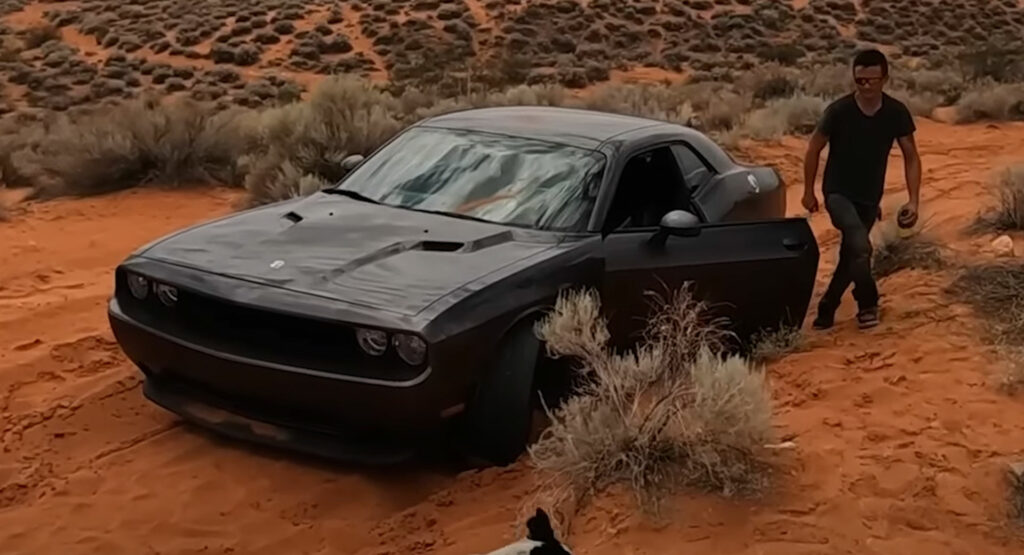 During Dodge Speed Week, the company showed a body-in-white Challenger for a remarkably low price of $7,995. However, before the cover was taken off, it looked like a lifted Challenger and this sparked jokes about a Challenger TRX from the peanut gallery.

While an off-road focused Challenger TRX sadly won’t be one of the Last Call special editions, that didn’t stop one owner from trying to take their muscle car off-road.

As you can see in this clip uploaded to YouTube, Matt’s Off-Road Recovery was called to assist a Challenger that had driven surprisingly far on a sandy trail. The vehicle then apparently ran out of coolant, overheated, and became stuck, necessitating the rescue.

After airing down the tires and hooking up tow straps, the team successfully pulled the car back to the main road. It’s unclear why the driver decided to take his car on an off-road excursion, but Dodge does offer an all-wheel drive system on the Challenger SXT and GT.

While those models are geared towards drivers living in colder climates, where snow and ice is a fact of life, they’d likely be relatively capable in the sandy conditions seen here. That’s just a guess, but all-wheel drive Challengers are available exclusively with the 3.6-liter Pentastar V6 engine that develops 303 hp (226 kW / 307 PS) and 268 lb-ft (362 Nm) of torque.

The all-wheel drive system makes the Challenger unique among American muscle cars and reports have suggested the redesigned Ford Mustang will remain rear-wheel drive only, despite earlier rumors of an all-wheel drive variant.