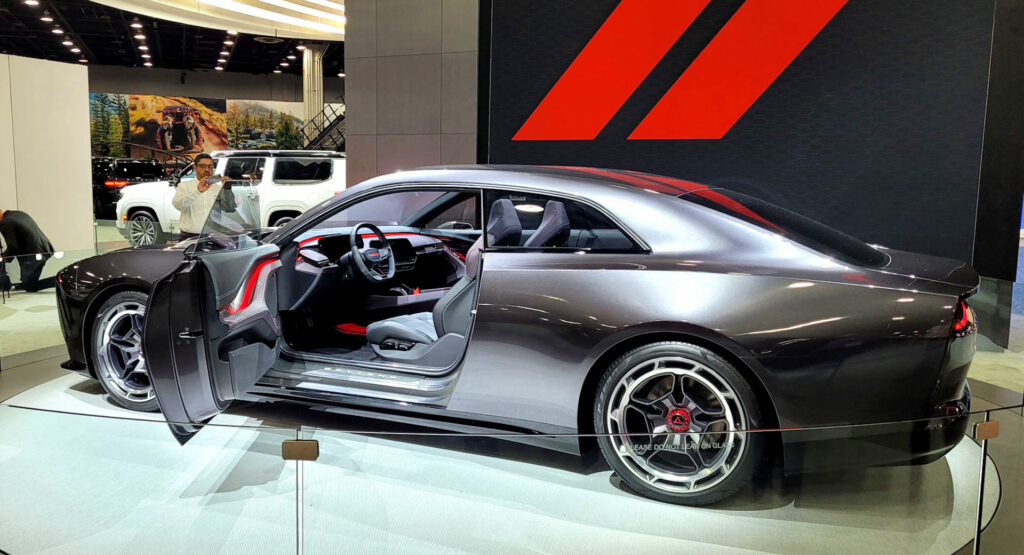 The Charger Daytona SRT EV concept is one of the stars of Dodge’s NYIAS lineup and it looks every bit as striking as it did when we first set eyes on it a month ago during the company’s Speed Week event.

But because Dodge has chosen to display the futuristic electric muscle car on a plinth behind glass that keeps the crowds away, we’re able to get a clearer look at the coupe body, and what’s on the other side of those two doors. 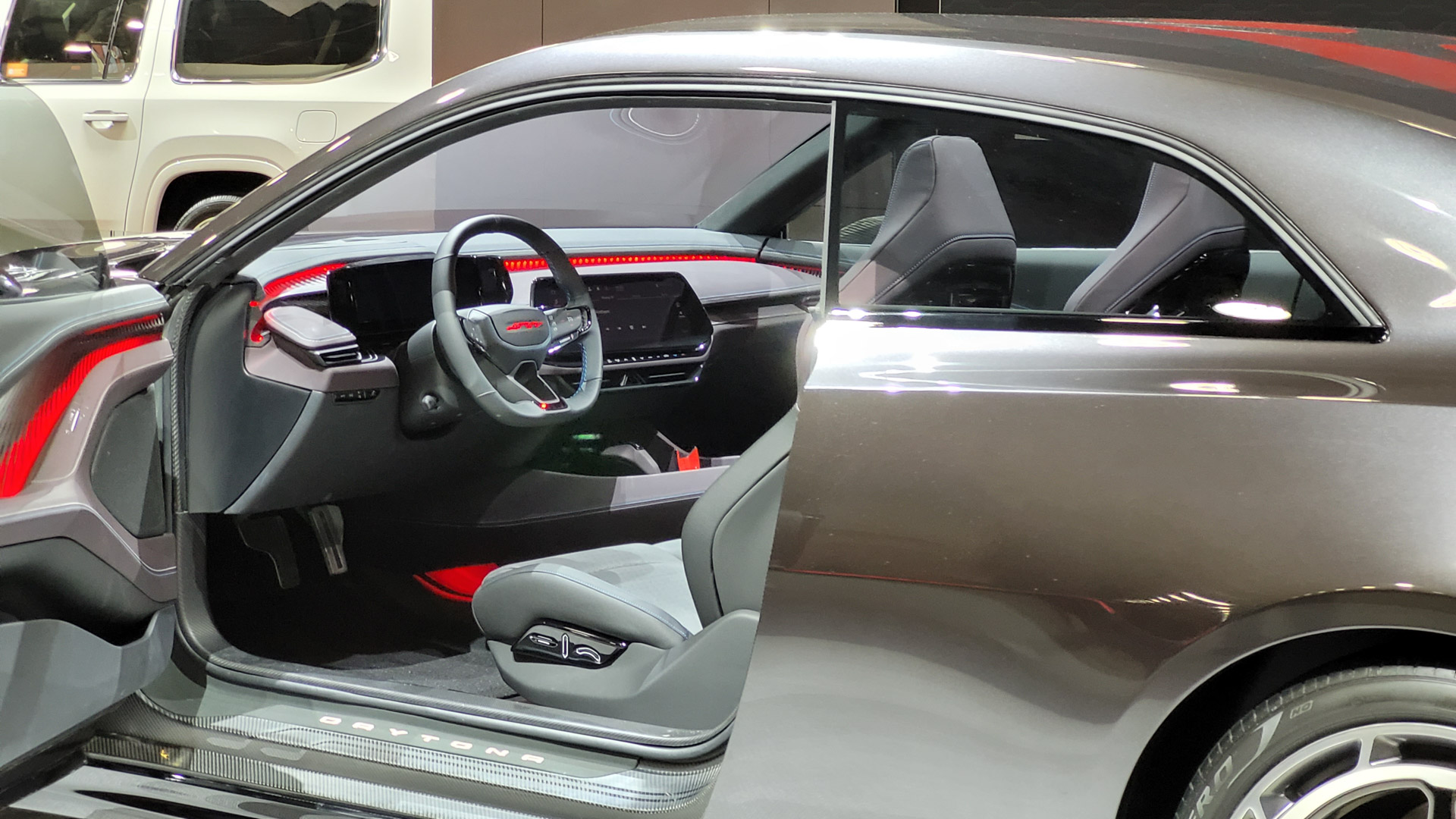 The interior is framed by a continuous run of red light that stretches across the full width of the dashboard and extends into each door, and there are two digital screens angle towards the driver’s eyes. A 12.3-inch display behind the three-spoke flat-bottom steering wheel is backed up by a 16-inch touchscreen that floats above a pistol-grip shifter, a nice nod to Dodge’s classic muscle cars.

Other references to the V8 era Dodge is consigning to history include styling that borrows heavily from the iconic 1968 Charger, an eRupt electro-mechanical-shift multi-speed transmission that allows manual gear control just like on an ICE car, and an illuminated version of the Fratzog badge Dodge used during muscle’s first golden age. 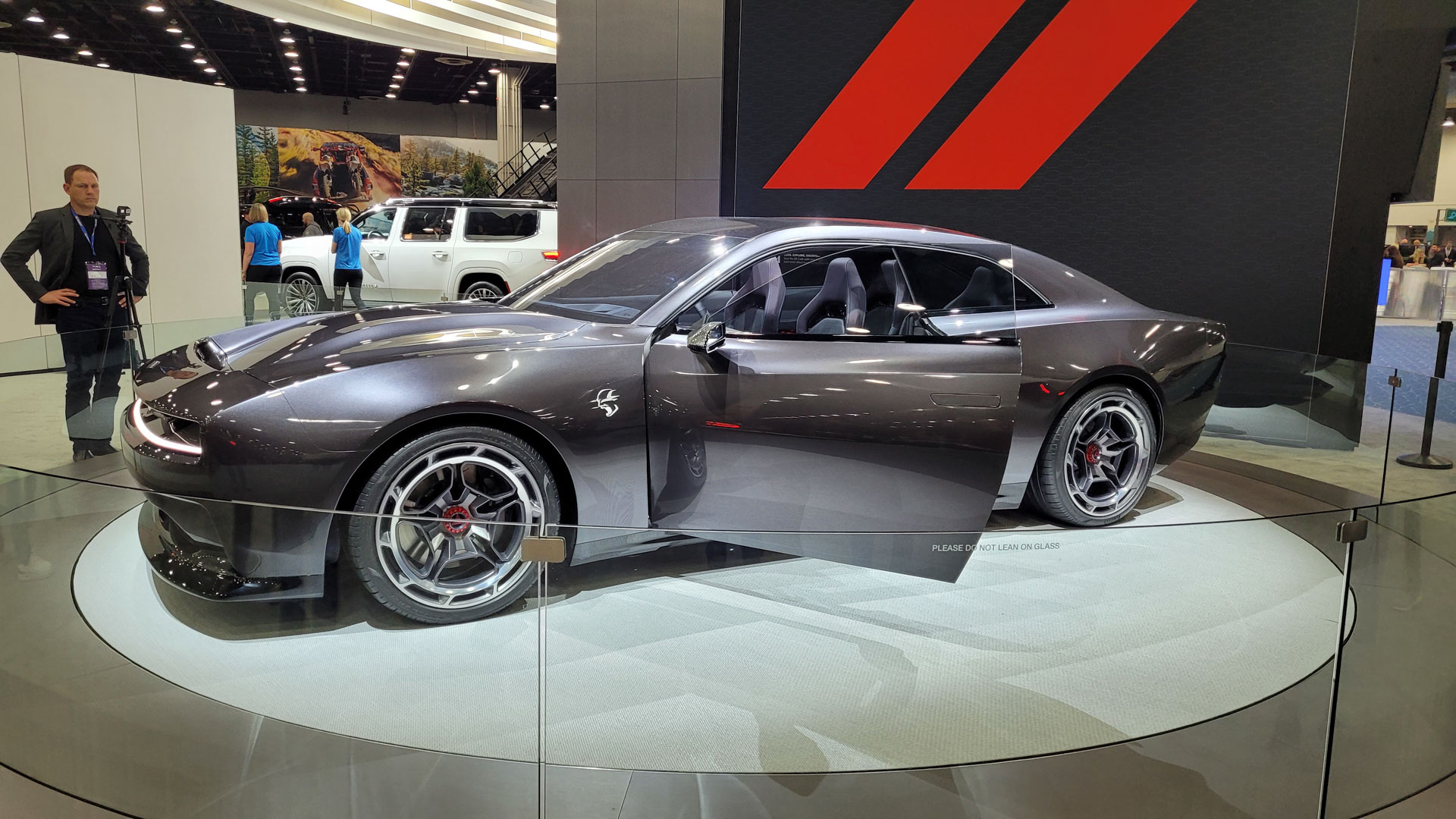 The SRT also features a sound generator that makes a futuristic V8-ish noise as loud as an SRT Hellcat’s supercharged gas motor. But Dodge says the concept could smoke its ICE ancestors in a straight line, partly helped by its all-wheel drive configuration. Specific powertrain details are still vague, but Dodge mentions fast-charging 800-volt architecture and a push-to-pass PowerShot feature for rapid overtakes.

The Charger Daytona SRT is just a concept for now, but expect to see something very similar in Dodge showrooms for the 2024 model year with multiple powertrain options.