Dodge Not In The Business Of Making “Jelly Beans”, Wants Their EVs To Be Stylish 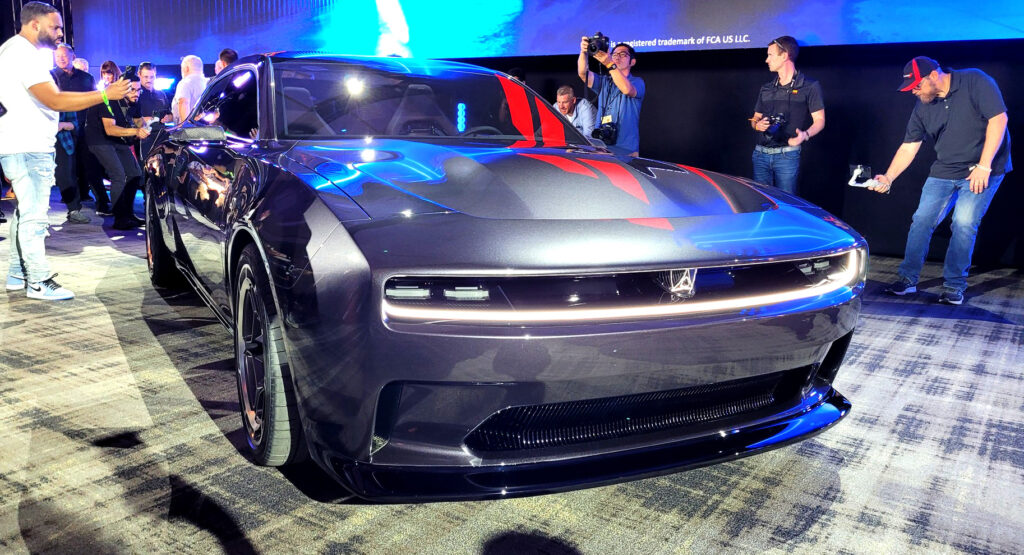 In the age of EVs, vehicles become less distinguishable on the basis of powertrains, so styling becomes incredibly important for manufacturers when it comes to making their product stand out in the segment.

As such, when designing their first EV in the form of the Charger Daytona SRT concept, Dodge didn’t want it to look like all the other ultra-smooth ones on the market, whose rounded-off designs come in the name of proclaimed aerodynamic efficiency. Rather, they did what they do best and went with a retro approach.

“We’re trying to bring a whole generation of muscle car lovers along with us on this exciting new journey, but at the same time, I think, when they make that choice, finally, they do want the world to know, so it has to be different,” said Stellantis Chief Design Officer Ralph Gilles to Fox News in an interview at the North American International Auto Show.

“They’re happy that it doesn’t look like a jelly bean and part of that is the front end looking menacing still, a lot of character and celebrating the brand,” Gilles continued. “That’s going to be our shtick. There’s a lot of other companies if you want to buy jelly beans, go get it. It ain’t going to come from us.”

But despite putting style as one of its top priorities, the Daytona SRT is still remarkably sensible. It has two doors yet aims to comfortably seat four adults thanks to a wheelbase as long as the current four-door Charger, a liftback instead of a traditional trunk for improved cargo space, and a special “R-Wing” to preserve some of that oh-so-important aerodynamic efficiency.

On the topic of that R-Wing, it’s the primary device allowing the Daytona SRT to balance form with function. The hollowed-out nose gives the appearance of a boxy, upright front end while still allowing air to flow through, which in turn leads to better range as the car doesn’t have to work as hard to push itself through the air. This type of feature is often incorporated on the rear of boxier EVs like the Hyundai Ioniq 5 and Rivian R1T, but Dodge’s use of it on the front of a vehicle is quite novel.