Eastwood Introduces Your Garage to the World of 3D Printing 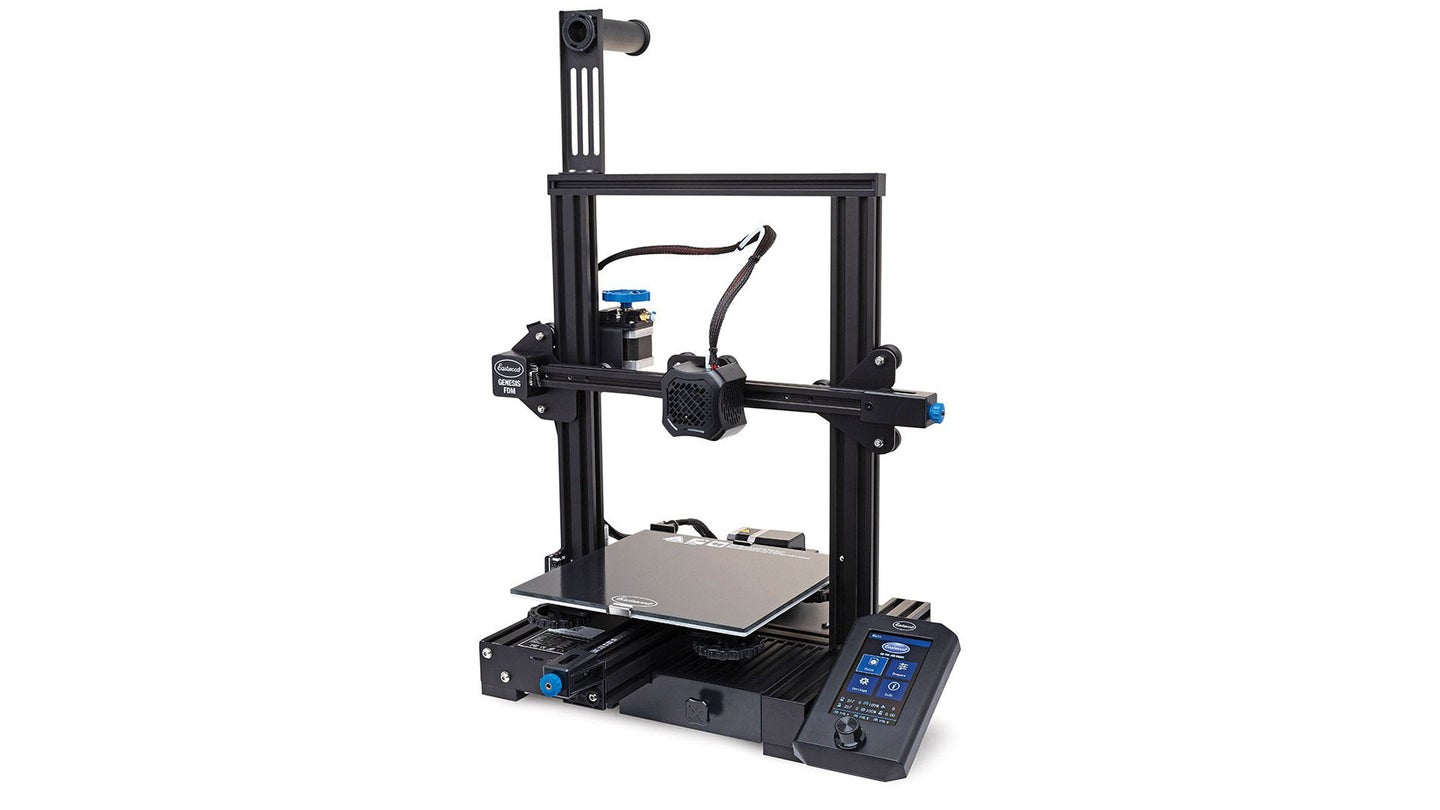 I once bought a cheap 3D printer, but I quickly realized I was in way over my head and it’s been collecting dust ever since. I intend to sit down and figure it out at some point, but until then, my hat’s off to those of you who’ve mastered the craft.

I don’t have enough brain power to dedicate to it because my 1969 Dodge Charger project car is currently occupying my remaining brain cells. Between intake and valvetrain work and upcoming bodywork, all of my attention goes there when the working day is done. But as I’m looking into body supplies offered by Eastwood, I was reminded of my forgotten machine when I stumbled upon the Genesis FDM 3D Printer among its list of new products.

If you play around with cars to any degree, Eastwood has certainly come across your radar a handful of times. It specializes in pretty much all things automotive, carrying supplies for everything from porting heads to paint and welding. Its blend of reasonable pricing and quality offerings makes it a go-to for many wrench turners. And now, with a 3D printer, it’s inspiring creative types to explore more territory in the way of crafting parts.

It doesn’t take much to get the wheels of an automotive-centric mind turning as to how a 3D printer fits into your world. This particular model is a lot better than the cheap stuff you’re immediately going to seek out. A 738-inch cubic inch print area accommodates 8.66-inch x 9.84-inch parts, a 4.3-inch LCD screen makes setup simple, and rapid heating times get it up and running in no time, while a heated build plate works to prevent issues with warping and curling.

Eastwood advertises this as a great way to make prototypes, but the compatibility with various filaments makes it possible to build items you could use practically in the automotive world. Of course, Eastwood does also offer the filament you’ll need to start creating, including ABS.

What are your thoughts on this 3D printer? How would you use it for garage projects or around the home? Let us know in the comments.

The post Eastwood Introduces Your Garage to the World of 3D Printing appeared first on The Drive.