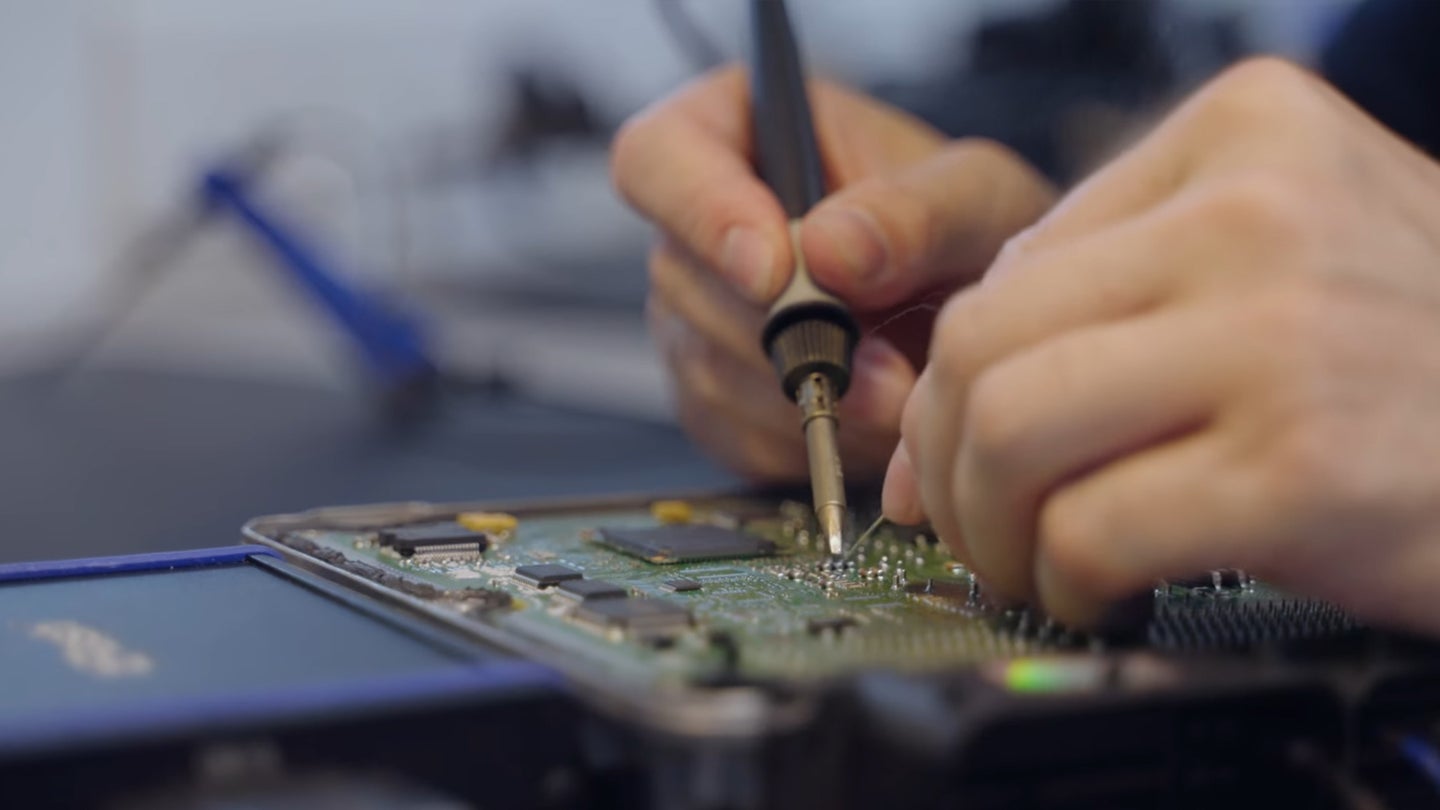 It’s no secret that the U.S. Environmental Protection Agency is cracking down on tuners. The regulatory body has essentially declared war on companies who manufacture and sell “emission defeat devices,” and its enforcement is enough to scare just about anybody into compliance, including eBay.

That being said, if you’re looking to pick up a new “off-road only” performance part, eBay likely won’t be your go-to website for much longer. The e-commerce giant has quietly banned the sale of emission defeat devices in many forms, including handheld tuners, test pipes, oxygen sensor spacers, or other products designed to improve the performance of a car while also defeating certain emission controls.

The banning of these types of performance products was recently noticed by Road and Track after a user in an automotive Facebook group reported that they were unable to list a Hondata tuner for sale on eBay. When attempting to list the tuner for sale, the user was reportedly met with an error informing them that it was a prohibited item.

“eBay is not currently allowing any tuners, regardless of functionality, in order to ensure compliance with our policy prohibiting defeat devices,” Read the error received by the user, “Please do not relist.”

As it turns out, hardware and software tuners were quietly banned under eBay’s restricted items policy. It’s not immediately clear when this policy went into effect, however, it would appear that this is a relatively new addition to the company’s public listing policies. An eBay spokesperson later confirmed the banning of these devices to R&T.

“Products that bypass, defeat or render inoperative emission-control systems aren’t allowed, either on their own or when combined with other hardware or software,” reads eBay’s policy on prohibited items. The policy officially prohibits the following items from being sold on its platform:

EBay goes on to cite an EPA Enforcement Alert issued in 2020 as justification for banning these items. Historically, the EPA has primarily been targeting defeat devices for diesel vehicles, however, individual states like California have also jumped into the mix to condemn non-approved ECU software. Should eBay be found to be compliant in the sales of these devices, the company risks being fined upwards of $4,800 per occurrence by the EPA under the Clean Air Act.

I checked at the time of writing and did find a few products which would seemingly violate the listing guidelines (like Hondata tuners, old Apexi SAFCs, start-stop disablers, and catless downpipes), but had a difficult time finding O2 sensor spacers, Cobb AccessPorts, and other popular devices. It’s possible that eBay is tuning its enforcement of this policy, or that certain items are flying under the radar for now.

Regardless, the banning of these items on eBay opens up a door with consequences behind it that nobody in the automotive scene wants to see. Thankfully, eBay-adjacent payment processor PayPal hasn’t banned these items, meaning that people can still find solace in knowing that they can use platforms like Facebook Marketplace and automotive forums to still buy and sell these types of goods and pay with most peer-to-peer payment apps. Even so, the legality of on-road use still remains a problem—whether or not the EPA comes cracking down on these items in the future is still to be seen.