Electric Audi R8 Is Coming, but Will Have a Different Name: Report 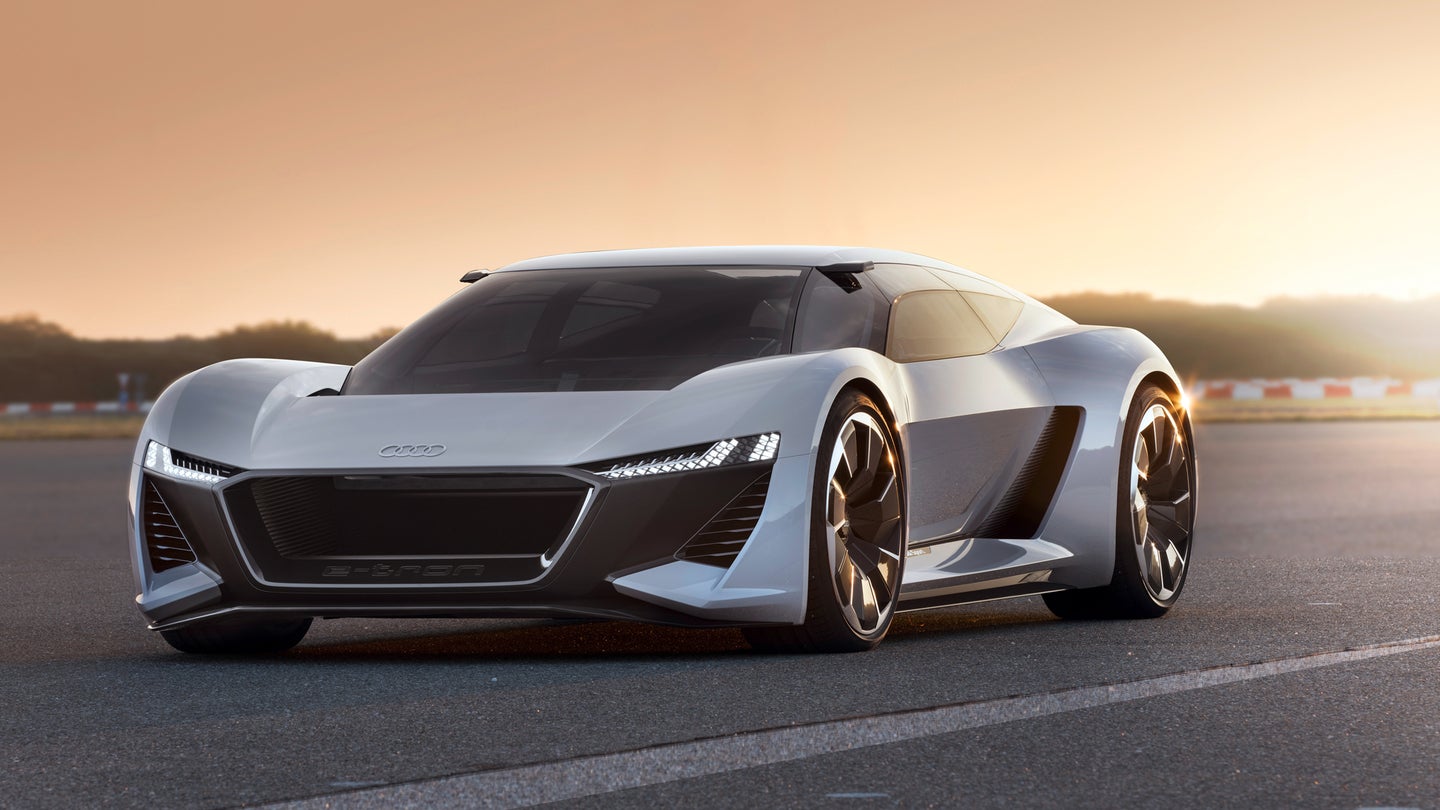 Audi’s been teasing an electric supercar to replace the mid-engine R8 for years, ever since it launched the PB18 e-tron concept at Pebble Beach back in 2018. Audi’s been reluctant to confirm plans for those production cars, but now an Audi R8 successor is gaining traction inside the automaker and reportedly it’s going to be an electric supercar with a mid-engine feel but will go by a different name.

According to a recent report from Autocar, an electric Audi R8 successor is currently under development, despite not having an official green light from the suits in charge. Audi Sport boss Sebastian Grams told Autocar that he’s “fighting for [an R8 successor] and so are the board of Audi. We are looking at different kinds of concepts, and the direction is electrified. If I get my wish, it will be an R8 that’s electric. And if you do a super-sports car, then it’s a two-door concept.”

Grams also said that an electric R8 successor would be built at the same Böllinger Höfe, Germany factory, which hand-builds some elements of the R8: “Absolutely we will keep craftsmanship as it’s what makes the car unique from the rest of the portfolio. If we bring an R8 successor, we will try to continue to do that. It is important for the customer. There’s love inside an R8.”

Whenever this electric supercar debuts, it won’t be called an R8, nor will it try to be another R8. Instead, it will be its own car with its own feel.

Nothing’s been confirmed but Autocar speculates that the upcoming R8 successor could be built on the same electric platform Porsche is using for the next-gen electric Boxster. In that car, Porsche is reportedly emulating a mid-engine feel and balance by stacking the batteries behind the driver. Although, Grams assures that if Audi does use a shared Porsche platform, its car will feel very different from Porsche’s.

“We have brands around the Volkswagen Group which can be synergised. Despite being on the same platform, e-tron GT is very unique from Taycan.”

It’s likely that an electric supercar from Audi is coming. When it shows up we can only hope that it looks like the stunning aforementioned PB18 concept. Of course, the current R8’s screaming V10 will be deeply missed, as it’s one of the all-time greats. However, Grams is confident that any such electric supercar will have the character and emotion to make a great Audi Sport car.

The post Electric Audi R8 Is Coming, but Will Have a Different Name: Report appeared first on The Drive.