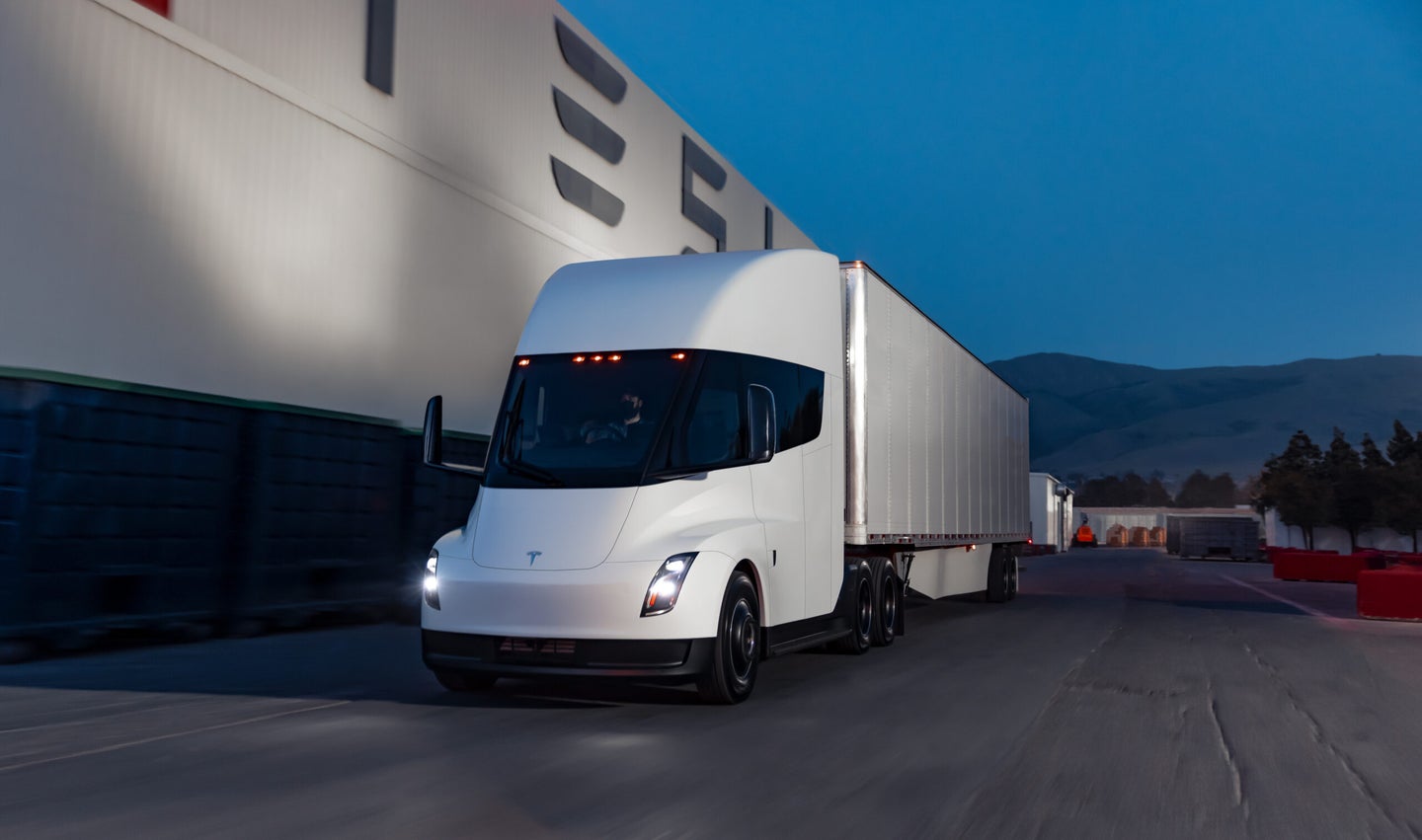 Tesla CEO Elon Musk announced in a tweet Thursday night the automaker would finally make good on its yearslong promises to deliver its first Tesla Semi Truck with deliveries to Pepsi beginning in December. According to Cleantechnica, Pepsi and Frito Lay placed orders for 100 Semi Trucks and began installing MegaChargers at their headquarters this year.

Unveiled nearly 5 years ago, the delayed Semi Truck promises 500 miles of range and an 80,000-pound trailering capacity. After the Inflation Reduction Act passed in the summer, commercial battery electric vehicles could qualify for up to $40,000 in incentives, provided the incentive doesn’t exceed 30% of the purchase price. Tesla has said that its 300-mile Semi would cost about $150,000 and the 500-mile version to cost $180,000. In 2018, Musk said the company would aim to deliver 100,000 Semi Trucks to customers by the end of 2023—a lofty goal, but at least 100 for 2022 is a start.

The Tesla Semi Truck has been spotted at several points in the past few years, including interior displays and a few roaming around the Gigafactory in Nevada, but the announcement of the first deliveries to a real company, that made real orders, feels … well, really real.

It’s unclear if the final production trucks will resemble what we’ve seen so far, and if they’ll use Model 3 motors, but perhaps we’ll learn more as December draws nearer. The clock is (still) ticking.

This story will be updated as more information becomes available.