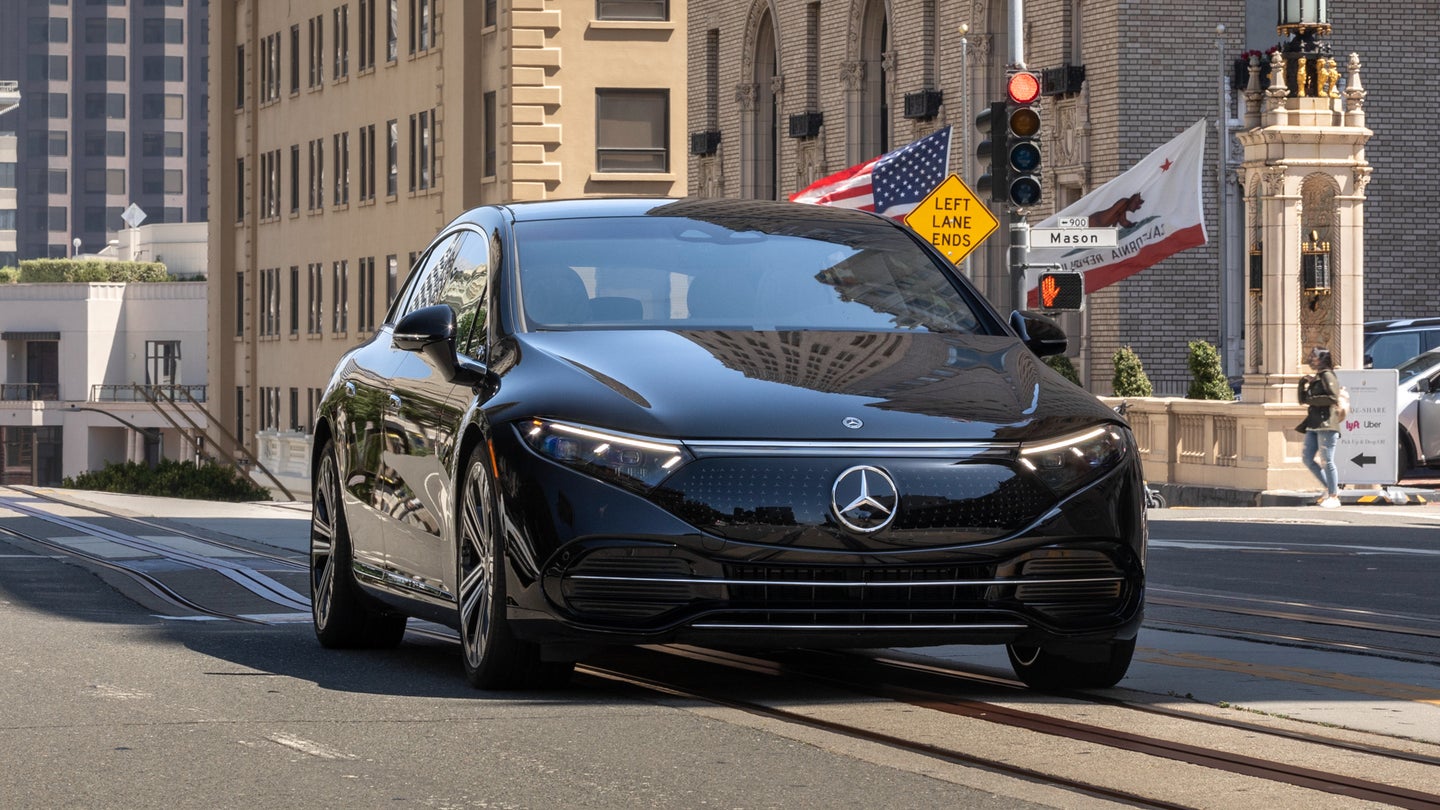 Mercedes raised some worried eyebrows with its recent announcement to offer additional power for its EVs via subscription. For electric EQE and EQS models, Mercedes will bump their horsepower if customers pay an additional $1,200 per year. However, that’s going to remain a U.S. market service only for the time being, as Europe currently won’t allow Mercedes to offer it, according to this report from Top Gear NL.

A spokesperson for Mercedes Netherlands told Top Gear NL that legal matters currently prevent Mercedes from offering a subscription-based power upgrade. However, the spokesperson declined to comment further, so it’s currently unknown what sort of laws block such subscription-based services. Especially when there are other subscription services that are available in Europe, such as BMW’s heated seat subscription. Automakers can also update a car’s horsepower, via free over-the-air service updates, as both Polestar and Tesla do so in Europe. But that comes at no extra cost and is a one-time, permanent upgrade. So there seems to be some sort of legal issue with charging a yearly subscription for horsepower.

In the U.S. market, Mercedes’ $1,200 yearly subscription gets EQE and EQS owners nearly a 100 horsepower gain. However, because it’s only software that unlocks the power, it’s obvious that the powertrain is capable of that much power regardless of subscription. So customers might feel cheated that they’re paying for a car with a powertrain that’s intentionally hamstrung from the factory, with its full potential hidden behind a paywall.

There’s a chance that regulations could change and Mercedes could offer its subscription horsepower service in Europe at some point. But because it’s unclear why Mercedes can’t offer such a service in Europe, there’s no way to know if or when it will ever be available. However, none of these subscription-based services that automakers are offering seem to be popular. BMW faced public backlash for its heated seat subscription, so much so that it had to issue a statement defending itself. So it will be interesting to see how long these sorts of subscriptions last.