EVs Are Quicker and Cheaper Than Supercars. They’re Also Heavier and More Dangerous, Too 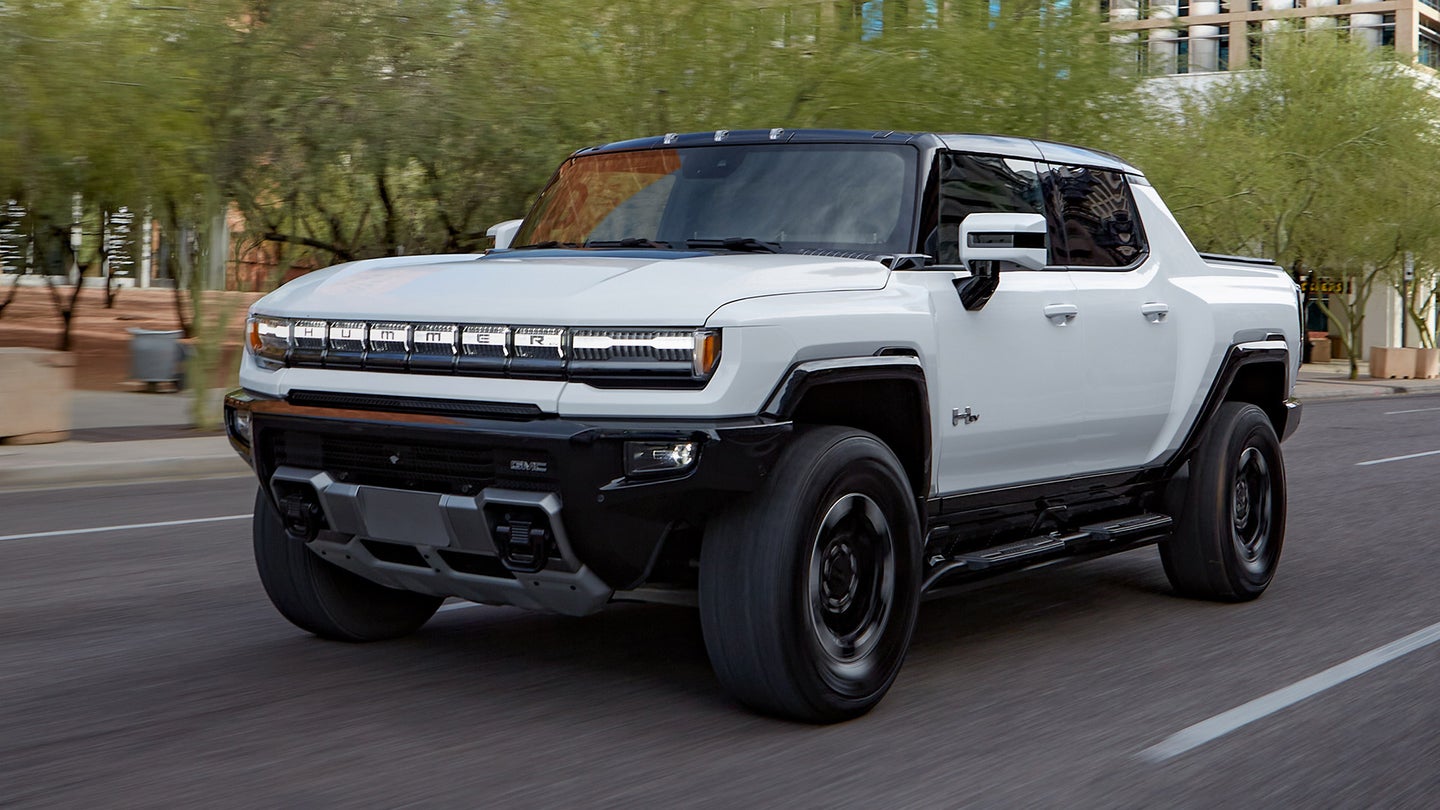 One of the most satisfying feelings in an electric vehicle is instant torque. Us car lovers crave the feeling of being pressed back into our seats, and while a high-powered internal-combustion car gives that feeling, so does a hyper-efficient EV.

Instant torque can also translate into very quick acceleration. In fact, we’re seeing battery-powered vehicles achieve supercar-level zero-to-60 MPH sprints despite tipping the scales two or three times heavier than gasoline-powered exotics. While this can be fun for the driver and vehicle occupants, it’s becoming clear that these bloated EVs easily could pose a danger to other cars and pedestrians on the road—and no regulators have stepped up to tackle these problems yet.

The 2022 Hummer EV’s electric motors generate 1,000 horsepower and 1,200 pound-feet of torque—that’s enough power to propel the 9,100-pound vehicle from zero to 60 MPH in just three seconds. Consequently, a Lamborghini Aventador LP 780-4 Ultimae takes around 2.8 seconds at just over one-third of the weight. In either case, that’s a lot of speed very quickly, but in the event of a crash, the Hummer generates more than 2.5 times the force at 60 MPH than the Aventador.

It’s hard to say how often supercar owners actually crash their vehicles. According to Automotive News, safety officials don’t have data corresponding to supercar crashes, but information on high-performance motorcycles is available. In fact, most crashes for sport bikes occur within the first 120 days of ownership. Perhaps there’s some correlation to the number of news stories that show new owners crashing high-performance cars within hours or days of buying them.

A prime example is YouTuber Edmond Mondi. Several weeks ago, Mondi posted a video to Instagram showing the Hummer EV’s supercar-like acceleration from a standstill launch. The video generated a bit of controversy given that it was filmed from the driver’s seat while the Hummer was barreling towards multiple lanes of cars in stopped traffic. Weeks later, we reported that Mondi totaled his Hummer EV just hours after picking it up from the dealership, as revealed in a later-published YouTube video.

With rapid acceleration and massive weight, it’s fairly obvious that there will be crashes from drivers, likely both new and seasoned. How deadly those crashes will be is still something that researchers will need to gather data to determine.

One study by the National Bureau of Economic Research found that being killed in a car accident is a roughly 1-in-500 chance. The same study determined that being in a crash with a vehicle 1,000 pounds heavier than your own increases the risk of baseline fatality by 47%. It’s not immediately clear how this scales with modern battery-electric vehicle weights (for example, a 3,300-pound Toyota Camry being involved in an accident with a Hummer EV—a difference of 5,800 pounds).

Realistically, it’s hard to imagine a solution to what is potentially a public safety problem except for regulation. Sure, automakers can offer in-car warnings or geofence speed and performance to racetracks or certain designated zones (like the Japan-market Nissan GT-R in the late 2000s), but hackers will undoubtedly treat it like a cat-and-mouse game to defeat these restrictions. Realistically, it’s inconceivable to think that an automaker would willingly cripple the selling points of their performance cars in the name of safety.

Consumers want the option to go fast. It’s a sexy selling point of a sports car and akin to having the option of drinking alcohol, smoking cigarettes, and performing myriad other tasks that pose risks to the user’s own health. The problem is that a huge 4.5-ton EV stretching its legs at a full sprint on the public road poses a threat to other drivers, passengers, and pedestrians. No automaker or consumer wants to have more government oversight on a product they manufacture or own—I certainly don’t. But at some point, we have to accept that there will be people who will die because of product misuse in the name of exhilarating acceleration, and even one will be one too many.

The post EVs Are Quicker and Cheaper Than Supercars. They’re Also Heavier and More Dangerous, Too appeared first on The Drive.