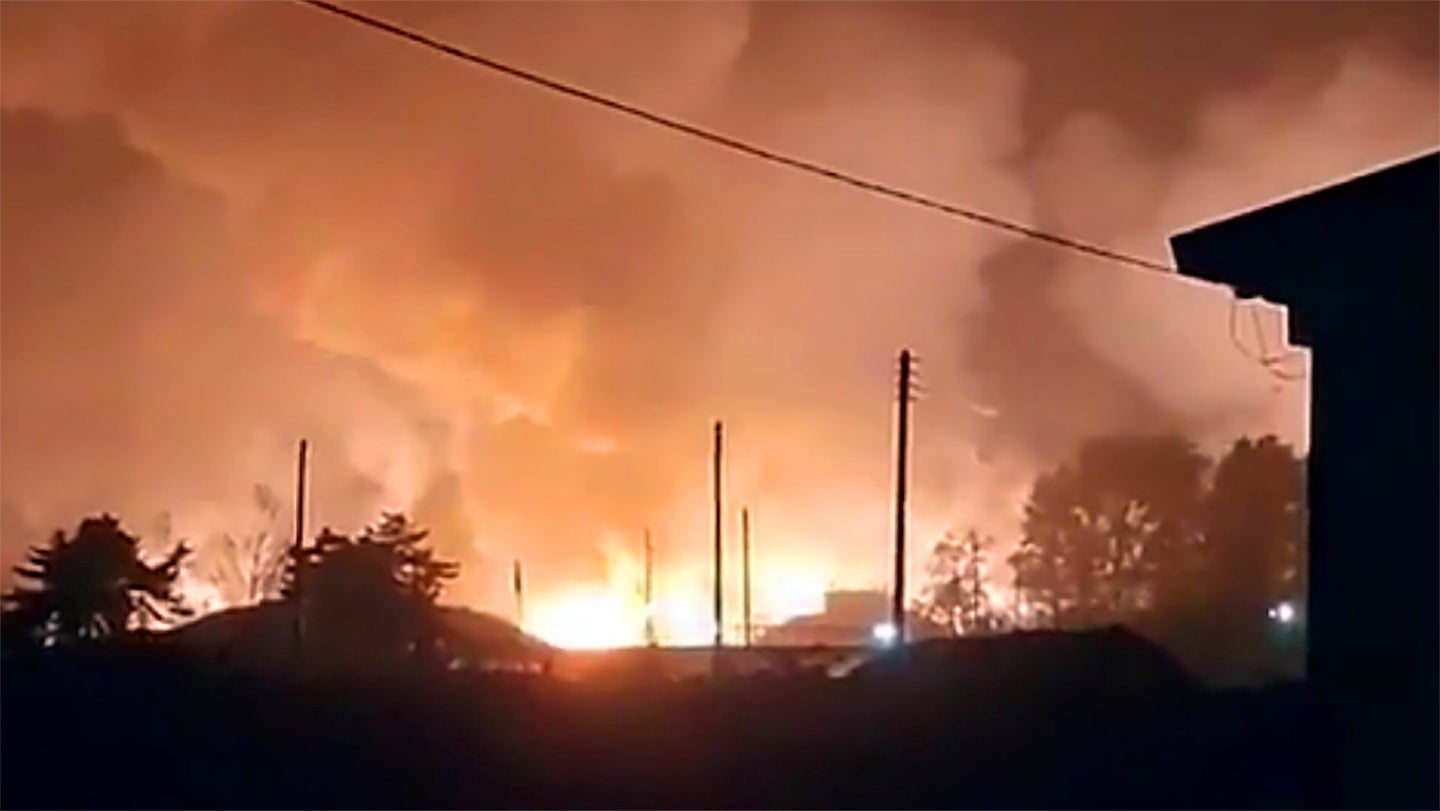 The office of South Korea’s Joint Chiefs of Staff has confirmed that a Hyunmoo-2 short-range ballistic missile launch failed at a base in the east coast city of Gangneung late on Oct. 4, according to a report from NK News. The South Korean military said there were no casualties from the incident, which caused a large fire.

“The failed launch came during combined US-ROK surface-to-surface missile drills conducted in response to North Korea’s intermediate-range ballistic missile test over Japan earlier Tuesday,” a statement from what is officially called the Republic of Korea’s (ROK) Joint Chiefs of Staff said, according to NK News. “The US and ROK each successfully fired 2 ATACMS [Army Tactical Missile System short-range ballistic missiles] at targets in the sea.”

The Yonhap News Agency reported “No casualties due to abnormal fall of Hyunmoo missile,” without citing any sources in its one-sentence story.

The drills were conducted in response to North Korea launching a ballistic missile over Japan for the first time in five years. The US Army and the South Korean Armed Forces fired a similar barrage of missiles after a similarly provocative North Korean missile launch over Japan in 2017, including ATACMS and one Hyunmoo-2A missile respectively from a beachfront site. The ATACMS can carry a 500-pound warhead to targets approximately 186 miles away. Though the South Koreans are tight-lipped on its exact capabilities, the Hyunmoo-2A reportedly has similar specifications. The same wheeled launcher can also fire the longer-range -2B and -2C variants. It is unclear which variant blew up.

Earlier in the day, videos had emerged on social media that appeared to show a fire or explosion at the Republic of Korea Air Force’s (ROKAF) Gangneung Air Base. The base is home to the ROKAF’s 18th Fighter Wing which is equipped with F-5E/F Tiger IIs and is located about 60 miles from the North Korean border. The air station is right on the water and has open spaces that are well suited to launching ballistic missiles.

Its importance lies primarily in its close proximity to the East Sea, making launching from here on combat air patrols beneficial for reaching the Korean Air Defense Identification Zone.

The base is set to be equipped with South Korea’s locally-developed and manufactured KF-21 fighter once it comes online operationally towards the end of the decade.

We will update this post with more information if it comes available.

The post Explosion At South Korean Air Base Caused By Ballistic Missile Failure appeared first on The Drive.