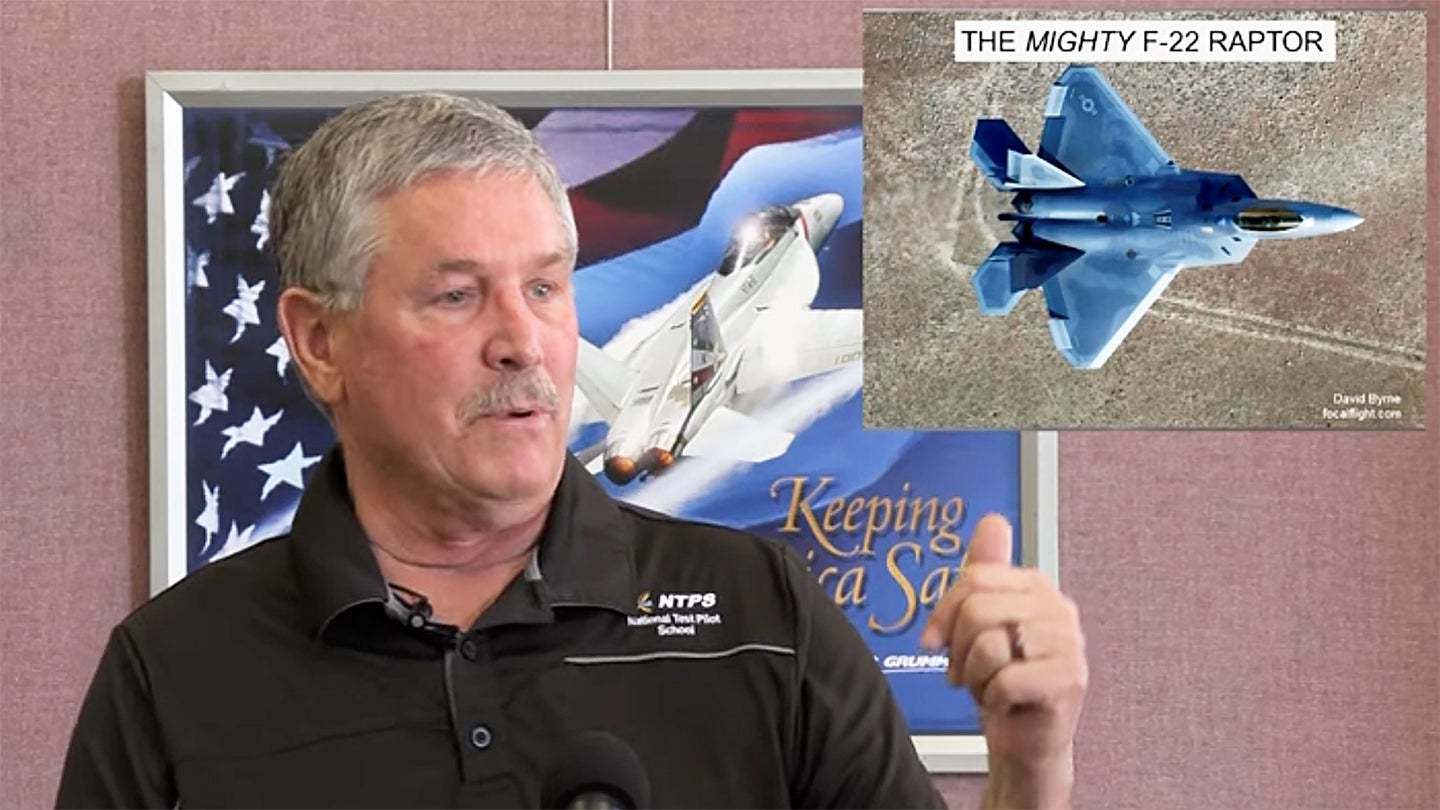 One of the world’s most accomplished test pilots, James E. Brown III, or “JB,” has enjoyed a glittering career, which today sees him heading up the National Test Pilot School as its president and CEO. Now, in this lecture hosted by California’s Western Museum of Flight, JB provides his captivating insights on the world’s first two stealth tactical jets — the F-117 Nighthawk and F-22 Raptor. Few are better to comment on what it’s actually like to fly these aircraft, with JB having been, at different times, chief test pilot for these programs, and having accumulated around 1,000 hours on each.

With more flight time in stealth fighters than any other pilot in the world, JB is clearly in a unique position to speak about these aircraft, both of which come from the Lockheed stable. At the same time, his job as a test pilot means he is best able to explain the ‘feel’ of these jets and their impressive capabilities. His explainers on the two aircraft feature an unusual level of detail and accessibility — the kind of presentation critical to delivering the feedback needed to understand the jet and its systems and make them even better. Precisely the job of a test pilot like JB.

First off, based on JB’s description, getting the chance to strap into a Raptor cockpit for a day can be a near-religious experience. He paints the impression of a morning sortie from Edwards Air Force Base, California in beautiful detail: “She’s cold but very good-looking in that bright light. Do the walkaround, crawl up into the cockpit, sit down in a cold ejection seat, you can feel the chill soak through the flight suit. Close the canopy, get the auxiliary power unit going. And then it’s time to start engines and you can feel these two F119 engines roar to life. It takes them about a minute to go from cold to idle RPM. You can feel the power of the airplane, now she starts to come alive, things start to warm up, the displays flicker on and you’re in your own little warm world, looking outside the hangar it’s black again … So, pull out of the hangar, out of this bright light into the dark.”

“Make the way down to the taxiway to the end of the runway, the final inspection checks are done. The crews walk around the airplane one last time, get a thumbs up. Again black, into the dark, onto the runway. And if you look to the east, you can just see a ribbon of dawn starting to happen … I could be going supersonic by the end of the runway if I chose. However, now I’m just gonna get away from the ground. Get out to about 450 knots, and then we’re maybe two-thirds of the way down a runway, stand the airplane on its tail and I’m climbing and accelerating 70-80 degrees nose-high. Riding a veritable rocket ship. I’m in the dark. And then all of a sudden: Boom! It’s daylight. I bathe in the bright sunlight of the dawn and, looking outside the airplane, the rest of the world is bathed in black.”

And, if you’re flying out of Edwards on an early morning, having previously gotten up at 3:00 am, a full-afterburner takeoff will not only get you airborne within 1,500 feet but also wake up everyone else on the base.

Some interesting tidbits, starting with the F-117 portion of the lecture, include:

Check out the whole video for yourself below:

What parts did you find interesting? Let us know in the comments below!

Author’s note: Thanks to @MIL_STD on Twitter for bringing this video to our attention.