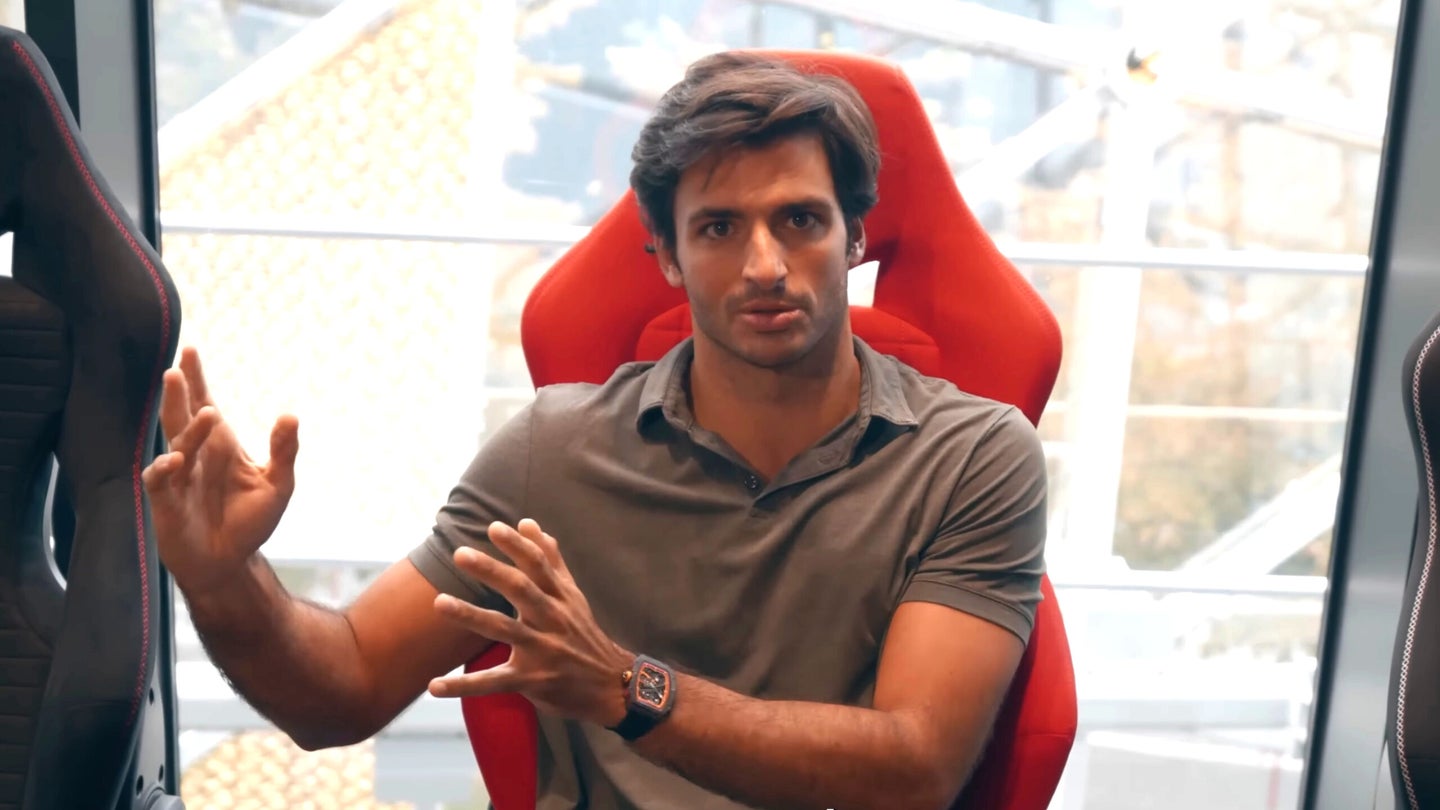 Sainz has been patiently waiting for his new car for some time. He visited Ferrari’s Tailor Made service late last year to spec out his ideal car. In a video posted to YouTube, Sainz shared an inside look at the facility as he customized the finer details of his car-to-be. He then rounded out his day in Maranello with a spirited drive in a Ferrari Dino prepared by the company’s Classiche department.

After a year’s wait, Sains finally received his new car just in time for Christmas. His 812 Competizione arrived wearing a matte black finish paired with black wheels. The front-mid-engined supercar boasts a naturally-aspirated 6.5-liter V12, good for 819 hp at a lofty 9,500 rpm. Compared to the 812 Superfast, the Competizione boasts more power, aero upgrades, and four-wheel steering. Just 999 examples will be built, with Ferrari primarily selling the model to an exclusive list of hand-picked customers.

Taking delivery at the Maranello factory, Sainz was ready to embrace the holiday spirit, bedecked in a festive Santa hat and warm red sweater. Fellow Ferrari driver Charles Leclerc, on the other hand, was pictured looking thoroughly bored, or perhaps unimpressed, with his teammate’s new purchase. In fairness, though, the Ferrari driver may simply have supercar fatigue. His own collection features several products from the prancing horse, including a 488 Pista and an 812 Superfast of his own.

During the design process, Sainz had speculated on whether should go for a race-oriented style, or more of a “smooth operator.” It appears he went with the latter choice, given the script he had printed on the car.

Prior to this, Sainz famously still drove his Volkswagen Golf that his parents bought for him at the age of 18. Over the years, though, he has at times been seen with “company cars” provided by his employers, such as a McLaren 720S during his time with the Woking-based F1 team. The F1 driver has previously expressed that, given he drives some of the world’s fastest racecars on the weekend, he has had little want or need for a fast road car.

It’s common for Ferrari’s F1 drivers to end up owning some of the brand’s finest vehicles. In fact, if you’re jonesing to get on the priority list for the company’s hottest special editions, becoming a Ferrari driver is perhaps the most straightforward way to do so. Either that, or you could find a way to become the monarch of a small and wealthy nation.