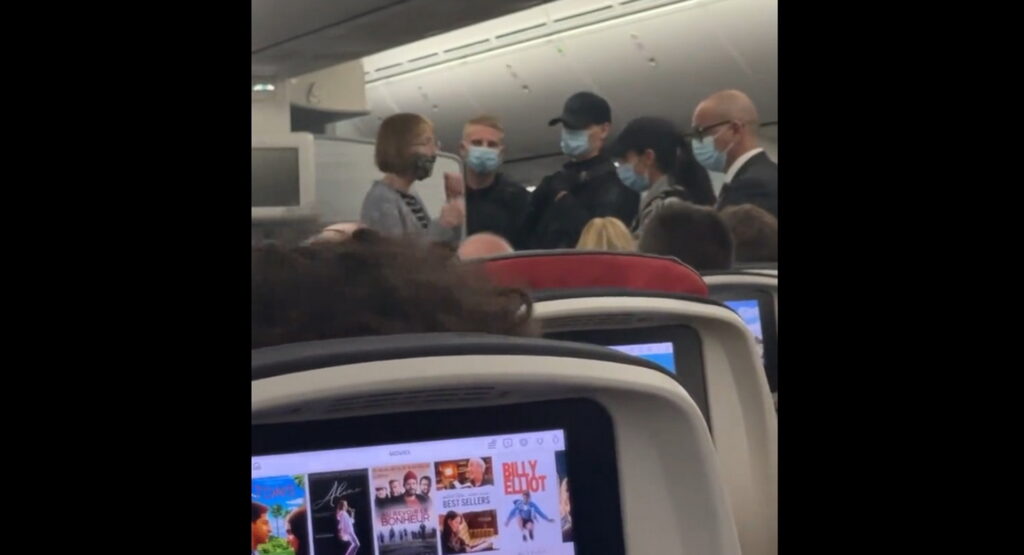 Members of the Formula 1 community were frustrated and angry after dozens of passengers were removed from an Air Canada flight leaving Montreal on Monday night, a day after the Canadian Grand Prix. The plane was headed for London with several team members and journalists aboard.

As many as 23 people were removed from the flight, Jess McFadyen, the Director of Digital Strategy for the Motorsport Network who was among the people on the flight, said on Twitter. She claimed that people were taken off the plane “totally at random.”

A spokesperson for the Montreal Trudeau International Airport told confirmed to the Toronto Star that airport patrol responded to “a situation” aboard the plane and that several passengers were removed “at the request of the flight captain and crew.”

Was on this flight (the last one out of the airport to LDN) and the attendants pulled 23 people off the plane totally at random, including this elderly couple, a pregnant Williams team member, and a family of 4.

“We regret that some customers who were not involved were unfortunately caught up in this situation, which we continue to investigate internally,” Air Canada told the outlet. “We remain in touch with them to provide further assistance as required.”

McFadyen said in her tweets that one of the people removed from the flight worked with Williams and was pregnant. Red Bull Racing engineer Jay Egen, meanwhile, blamed the chief flight attendant and termed it “shocking treatment” of passengers. Motorsport Week, a U.K.-based outlet, also tweeted about the event, saying that one of its employees was among those kicked off the flight.

Passengers sitting near those who were ejected were told that the reason for the removals had to do with Air Canada’s mask policy, McFadyen told the Star. Although the U.K. has scrapped mask mandates on airplanes, Canada still requires that passengers wear masks.

According to Motorsport Week, no support was offered to those who were removed from the flight and Formula 1 was required to step in and arrange hotels and replacement flights for the affected parties.

Many F1 teams are based in the U.K. and the next Grand Prix on the calendar takes place in England at Silverstone Circuit on the weekend of July 1 to 3.

This also included a pregnant lady. F1 had to step in and arrange hotels for everyone and replacement flights via BA the following day. Bags stayed on the plane, so nobody has any belongings with them. Absolutely horrendous service from Air Canada. https://t.co/jyXzFndIOk