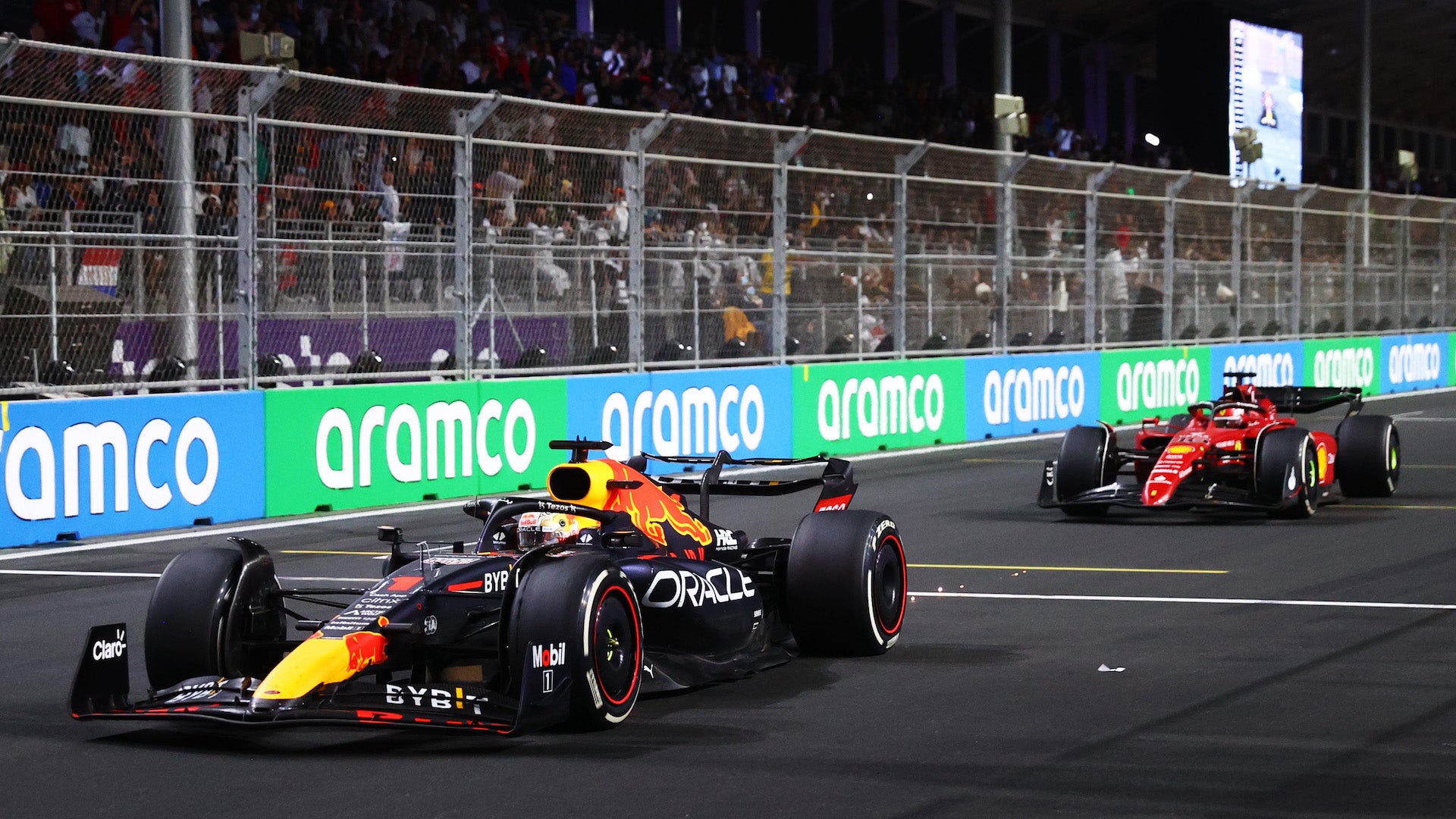 After a disappointing Formula 1 season-opening Bahrain Grand Prix last weekend, in which both Red Bull cars failed to finish the race, Max Verstappen managed to secure his and the team’s first win of the season at the Grand Prix of Saudi Arabia today.

Trying to make it two in a row, Charles Leclerc led with his Ferrari for most of the race, with Verstappen always following close behind. It wasn’t until the final laps, however, that the two turned up the excitement and traded the lead back and forth several times. In lap 43 (of 50), the two drivers locked up their tires at the same time under heavy braking, potentially flat-spotting their Pirelli rubbers going into the final corner. But Leclerc floored got a better exit out of the corner and managed to stay ahead of Verstappen thanks to DRS.

However, in lap 46, Verstappen, with a patient move also using his DRS advantage at the perfect time, was able to pass Leclerc and hold enough margin to the Monegasque as the race wound to a close. The two battled hard and, as Leclerc fought to regain his lead, Verstappen could be heard over the radio complaining of Leclerc going too fast through a yellow flag. Despite Leclerc pushing as hard as he could, though, Verstappen never let go of his lead and took the win in Saudi Arabia.

The final result was Verstappen first, Leclerc second, Carlos Sainz third, and pole-sitter Sergio Perez—who had an unlucky race due to pit strategy—fourth. Mercedes had a nightmare of a day with George Russell finishing fifth and Lewis Hamilton 10th.

“It was a good race, we were battling hard,” Verstappen told the media after the race, per The Guardian. “We just had to play the long game, the tires were wearing out quite quick. It wasn’t easy but eventually, I managed to get ahead – I’m just really happy to kickstart the season.”

Right behind Leclerc was his Ferrari teammate Carlos Sainz, giving Ferrari a two-three podium finish. While that doesn’t quite take the sting away from losing out to Verstappen, there’s some solace to be had for Ferrari in a well-fought race.

“It wasn’t enough today but oh my god—I really enjoyed that race!” Leclerc said after the race. “It was hard racing, but fair … every race should be like this. We are in a street track, we’ve been pushing like I’ve rarely pushed before, so there is respect. But I’m also a little disappointed.”

Verstappen’s patience—which had rarely been witnessed before—ultimately put Red Bull back on the map. This, along with the absence of reliability issues, will be crucial to getting over last week’s disappointment and moving on with the rest of the season.