Faster Audi RS6s Are Coming, and One of Them Will Be ‘Very Special’: Report 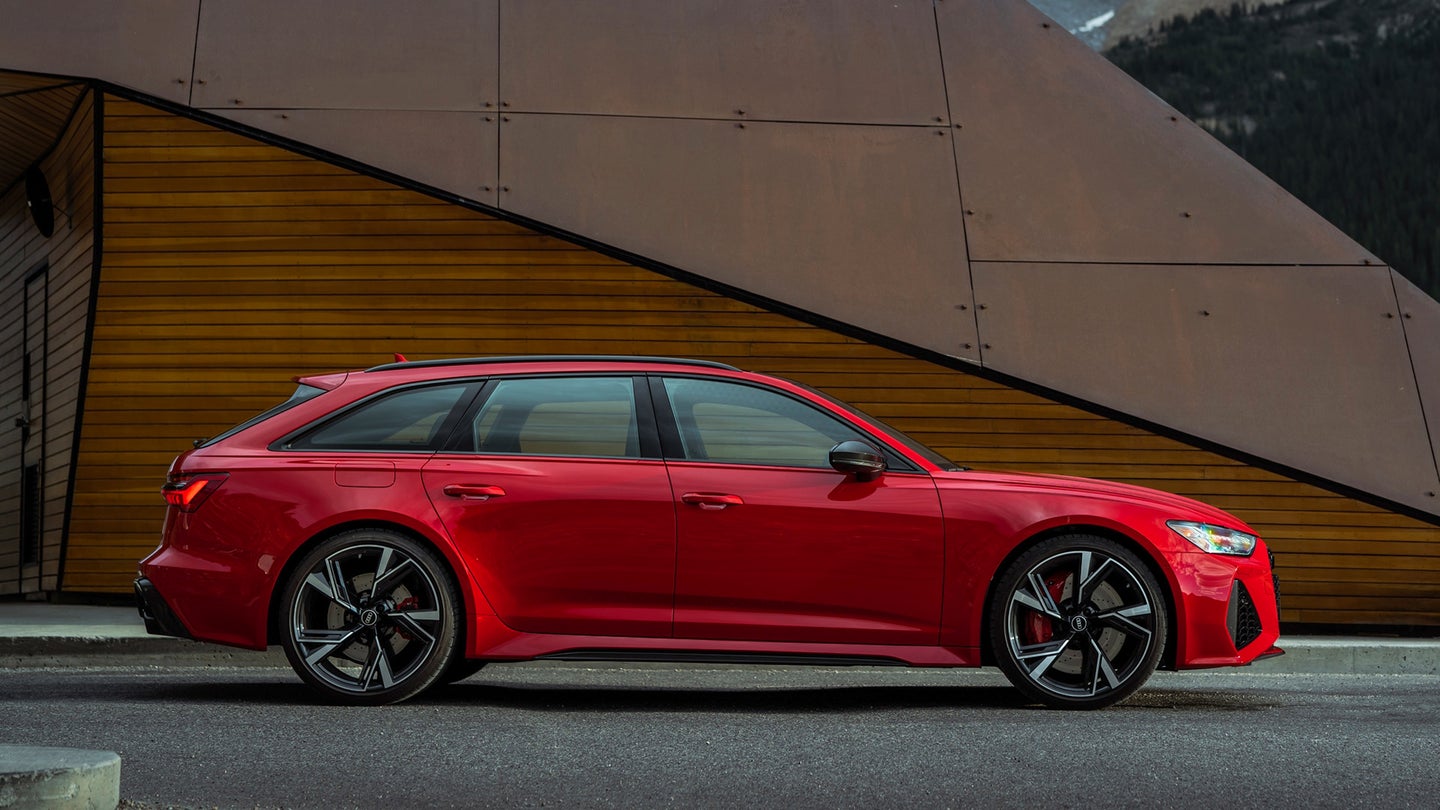 The 2022 Audi RS6 Avant is already quick enough to launch your dog through the back window, but it may yet have more performance left in it. So much more, in fact, that the RS6 could be tipped to get not just one, but two higher-performing models, one of which anonymous Audi employees have reportedly described as “very special.”

This comes via Australian outlet Which Car?, which had a chance to speak to the A6 and R8 product spokesperson Eva Stania. When asked whether there was demand for an even quicker model, Stania said, “We have some ideas, so just wait and see.” She followed up by pointing to the R8 Performance as a direction in which the RS6 Avant could go, strongly suggesting there could be an RS6 Performance on the way.

There’s some indication that something more is coming after that, too. Unspecified Audi employees allegedly disclosed that a second, still higher-performing wagon will happen, describing it as “very special.” This model, to be clear, is apparently separate from the RS6 Performance.

When I called an Audi spokesperson, however, they said they hadn’t heard of anything that fit either description. It’s possible these models are still a ways out, or as the Audi spokesperson emphasized, they won’t end up coming to the United States.

Completely new to the U.S. as of 2020, the RS6 has been known to the rest of the world for four generations now. This latest RS6, the C8 (no, not the Corvette) is powered by a 4.0-liter twin-turbo V8 with a 48-volt mild hybrid system, generating 591 horsepower and 590 pound-feet of torque. Any hypothetical RS6 Performance could be expected to upstage that, and that’d be no difficult task, as the V8 leaves plenty of performance on the table.

A variant of the engine makes an extra 50 hp and 37 lb-ft in the Lamborghini Urus, for a total of 641 and 627, respectively. Those alone would make for a car worthy of being called the RS6 Performance, though the Aussies seemed sure it’ll be bundled with further suspension and brake improvements. They also point out that as 2022 marks 20 years of RS6, this’d be a good year to reveal it. Looking at prior models, it also appears likely that whatever the “very special” versions will be may come nearer to the end of production, some time mid-decade.

Such is still very much up in the air, but if the RS6 Performance drops as expected, it’ll be a promising sign that something even more extreme could follow in its footsteps.

The post Faster Audi RS6s Are Coming, and One of Them Will Be ‘Very Special’: Report appeared first on The Drive.