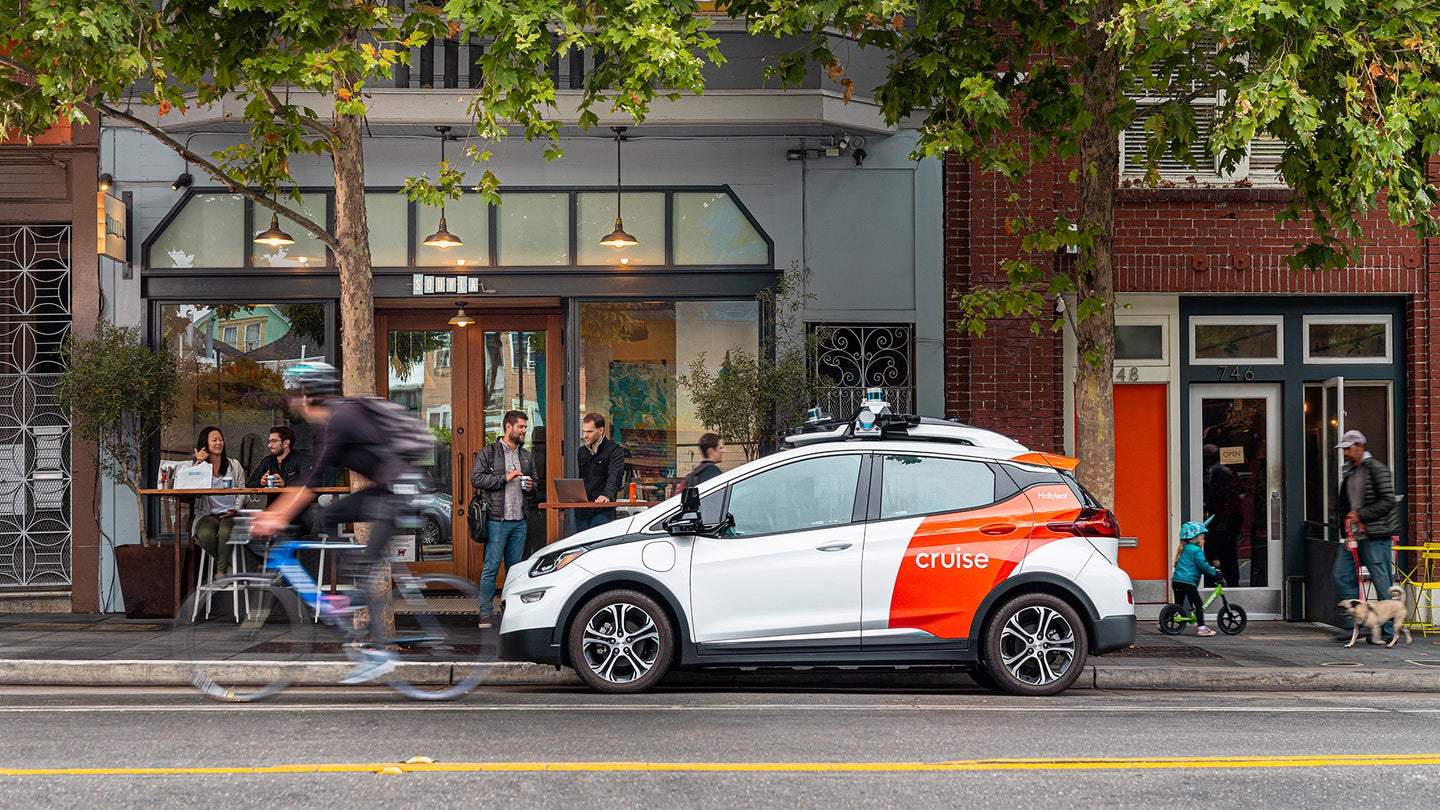 Safety officials are looking into more than 200 autonomous taxis from General Motors’ subsidiary Cruise for sudden braking that could cause a crash or vehicles stopping in roadways, regulators said Friday.

The National Highway Traffic Safety Administration announced the investigation this week and said the two issues—sudden braking and stopping in the roadway—didn’t appear to be related, but “each result in the Cruise vehicles becoming unexpected roadway obstacles.” The announced investigation may lead to a recall of the robotaxis, which currently operate in San Francisco.

In a statement, Cruise said its vehicles had traveled more than 700,000 miles without serious injuries or fatalities and that it would cooperate fully with investigators in their probe. Cruise noted that in three sudden-braking incidents cited by investigators, no tickets were issued to their robotaxis.

In those crashes, investigators said two injuries were reported by the robotaxis, including a cyclist that struck one of the cars. In other cases that have received widespread attention, multiple Cruise vehicles can stop on the road or clog streets, potentially blocking traffic and emergency vehicles. Cruise said in a statement that its cars are meant to act conservatively on the roads, and “the AV was working to minimize collision severity and risk of harm.”

This year, Cruise announced it would begin charging for rides in San Francisco after losing millions per day in operation, adding that it would consider offering autonomous rides in cities such as Phoenix and Austin, Texas. The driverless vehicles have been roaming San Francisco for several years, although only recently have they offered rides—without human drivers to back up the automated systems—to passengers. In cases of disabled or malfunctioning vehicles, Cruise dispatches people to retrieve the stranded cars from the roads.

The post Feds Looking Into Cruise Self-Driving Taxis That Suddenly Stop and Clog Roads appeared first on The Drive.