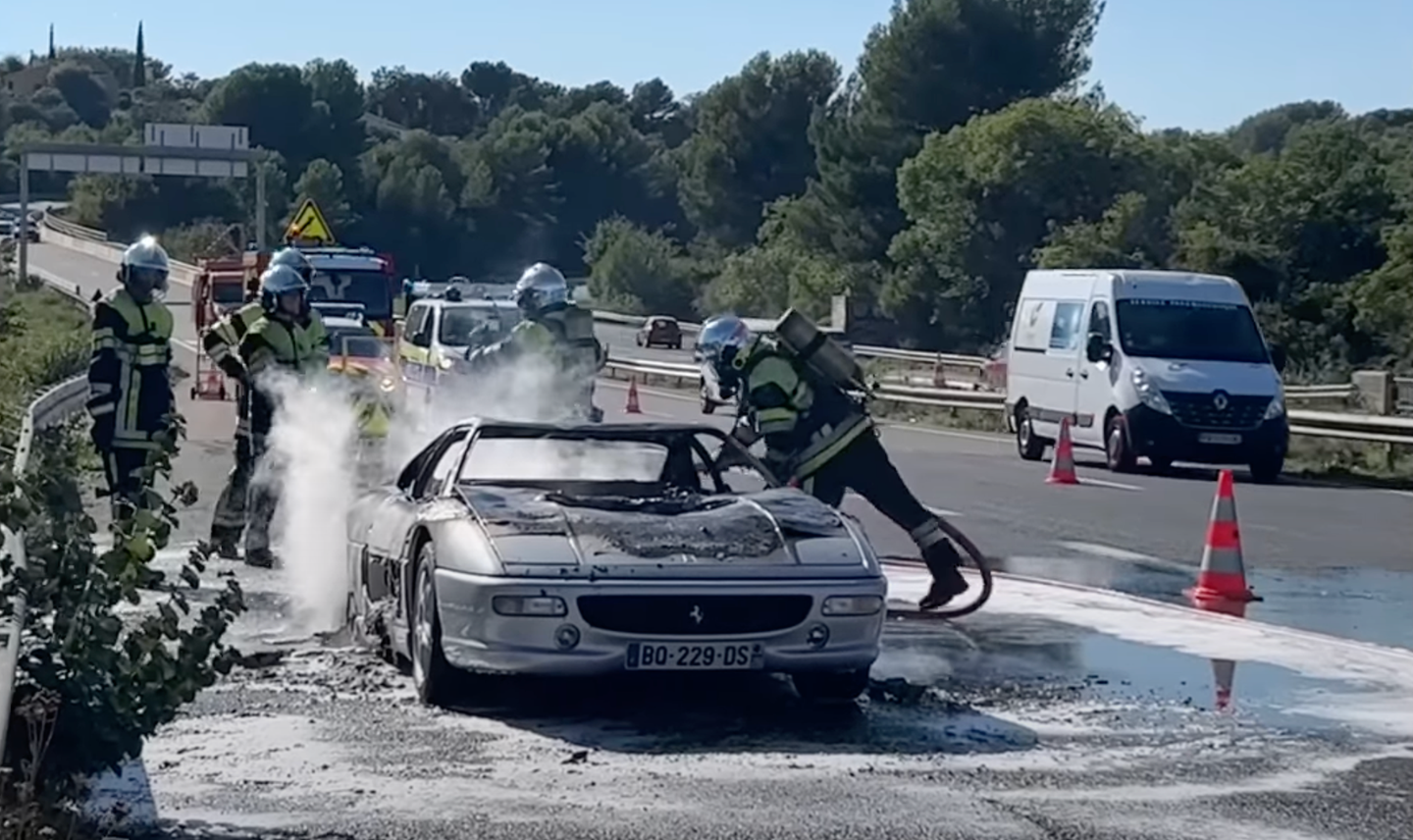 I think we all know the thrill of buying a new car. Most of us haven’t felt what it’s like to buy a Ferrari, but it’s easy to sympathize with this fellow who went out for a test drive in his potential 1994 Ferrari F355 GTB, only for it to self-immolate in a way that only the finest Italian machinery could.

Tarek Salah flew to Marseille, France from Los Angeles to buy the pristine F355 in a nice shade of silver. He documented his journey in a Youtube video, including footage of the car being driven by the seller and the painful-to-watch process of the beautiful Ferrari burning down. Apparently, he hadn’t purchased the car yet and was only on a test drive.

And this test drive couldn’t have gone more wrong. It looks like the car made it a fair distance before it decided to make like a campfire on the side of the motorway. The F355 is notorious for suddenly burning down, with many high-profile incidents involving them and Youtubers. It’s a well-documented issue even for Ferrari, which has issued four recalls for fuel system issues on every F355. in some cases, the routing of the fuel hoses causes them to dry prematurely and leak onto the exhaust system. There have also been reports of power steering fluid leaking and causing a fire. Either way, the photos are gruesome.

Salah claims that every fuel line recall was done on the car, yet it still burned down. The ignition source is clearly in the engine bay, but there is no confirmation on how the fire started. Salah dodged a bullet because he never purchased the car, so the seller will feel the pain of it. It was a gorgeous example of an F355 with what looks like a manual gearbox and rare carbon bucket seats.

This goes to show to always check the fuel system on old cars, especially Ferraris. This was probably preventable with some extra maintenance, though the car did look incredibly clean. Maybe it just wasn’t meant to be.

The post Ferrari F355 Burns Down During Man’s Dream Test Drive appeared first on The Drive.