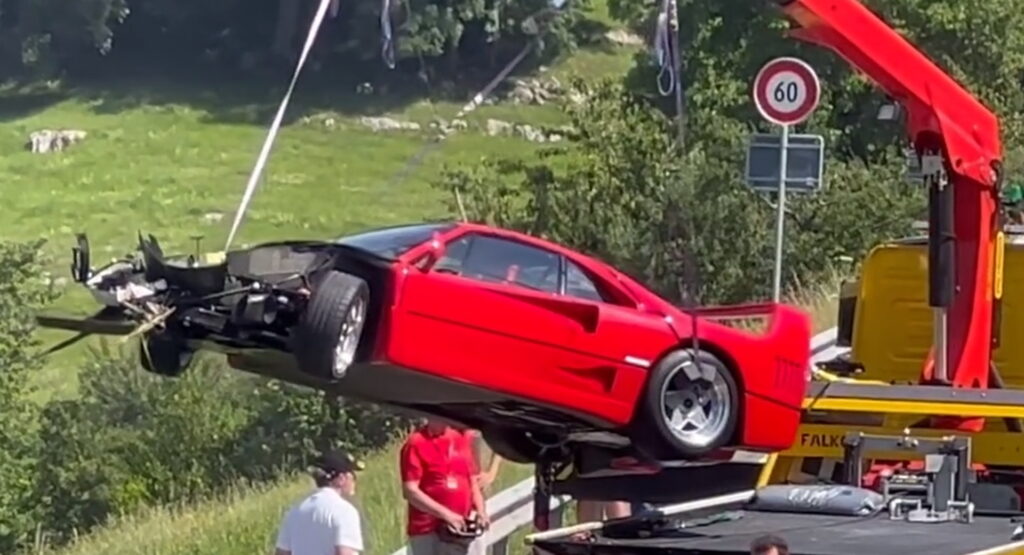 Video emerged on Sunday of an unfortunate crash during Switzerland’s 2022 Kerenzerbergrennen hill climb race. A Ferrari F40 may have been bit by turbo lag coming out of a corner and ran nose-first into the barrier.

The Ferrari, unfortunately, was a little less lucky. Video of the aftermath posted to the FerrariOwnersClubNL Facebook page shows what appears to be fairly serious damage to the front of the car. Although it may be possible to repair, fixing it is unlikely to be cheap. With values going as high as $2.8 million, this accident could have a serious impact on the driver’s net worth.

Footage of the actual accident is hard to come by but YouTube user ‘Carsten’ filming from the corner entry got footage of the F40 and several other Ferraris rounding the left-hander. Unfortunately, we have to fill in the rest with our imagination, since only the sound of screeching tires and carbon fiber crunching against metal barrier is available to us.

The F40 is powered by a twin-turbocharged 2.9-liter V8 that makes 471 hp (352 kW/478 PS) in European spec. While that power is certainly enough to get you into trouble, it has also been noted that the ’80s turbocharging technology and its associated lag could get drivers into trouble by providing a sudden kick of torque that they might not be expecting.

Whatever happened, the Ferraris seen in the video above were participating in a parade run up the 12-corner Hillclimb course that was intended to celebrate the 75th anniversary of Ferrari.