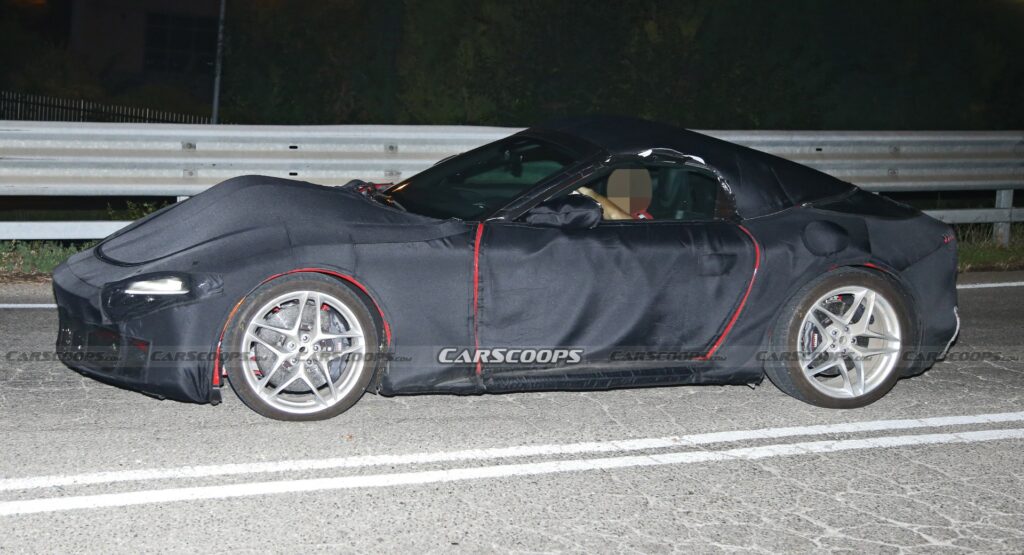 A few months ago, YouTuber Varryx made a video about a Ferrari Roma Spider, following sightings of prototypes. Back then, we took those rumors with a pinch of salt, but another heavily camouflaged prototype of the drop-top Roma was caught by our spy photographers in Maranello, indicating that Ferrari might be working on a new addition to the range.

In typical Ferrari fashion, the prototype is covered by a thick layer of vinyl, but the overall proportions, the positioning of the lighting units, the bumper intakes, the quad exhaust pipes, the alloy wheels, and the panel gaps on the doors reveal that it is a Roma-based affair. The only difference with the model currently in production is the shape of the roofline, which appears to be redesigned, alongside the side windows. A closer look at the spy shots reveals zippers on the rear deck, suggesting there is a cover for a retractable roof. The angle where the A-pillar meets the roof also looks like a convertible, most likely with a canvas top. 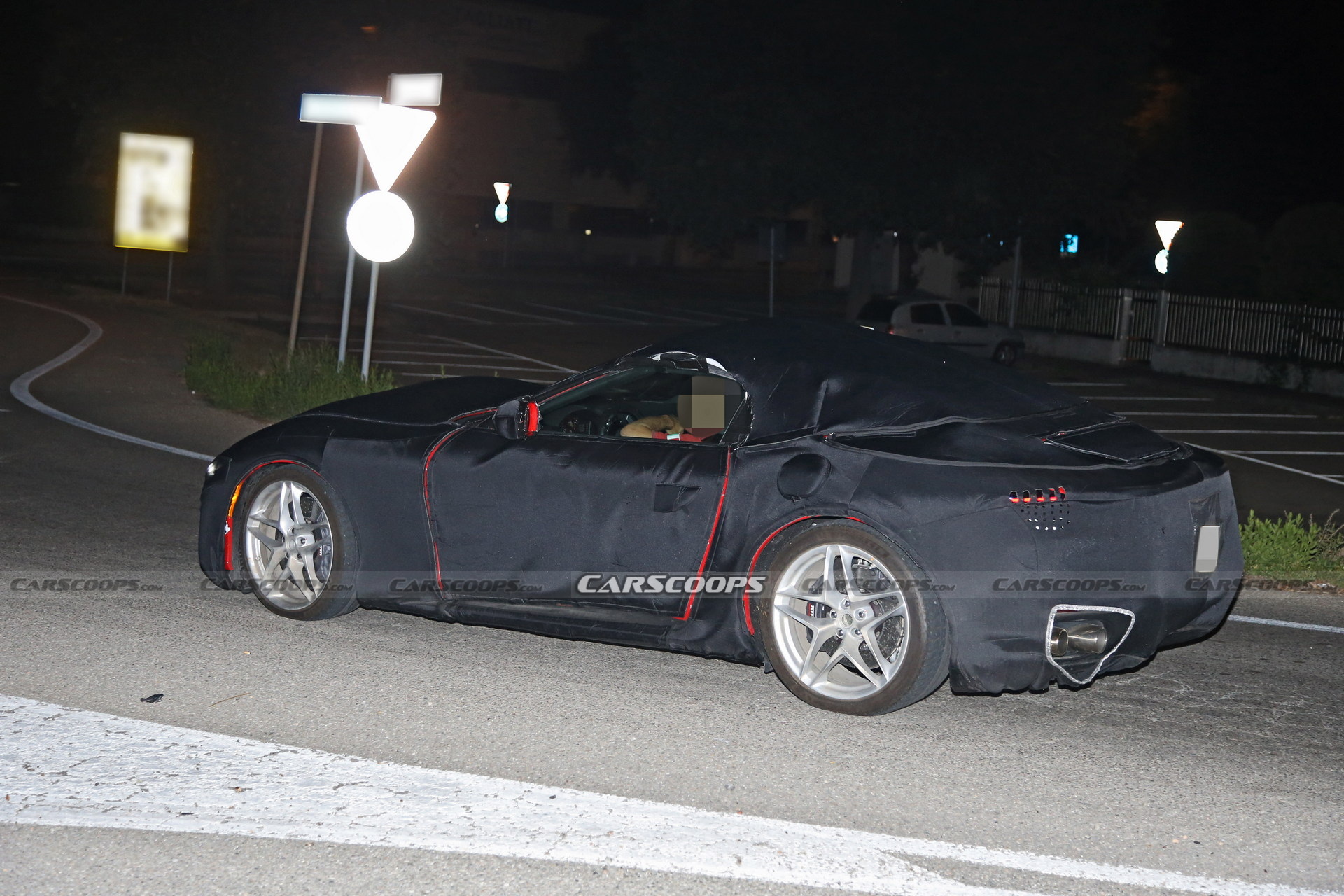 Those familiar with Ferrari’s current lineup will be probably wondering what is the point of offering a Roma Spider when the closely-related Portofino M is already fulfilling that role. Rumors suggest that the model could be positioned below its hard-top sibling, with the different design and the canvas roof serving as the main points of differentiation between them.

There is also the chance that the Roma Spider eventually replaces the Portofino M at the end of its lifecycle which is approaching in a few years’ time. Finally, we shouldn’t rule out the possibility of a special client ordering a roofless Roma, utilizing Ferrari’s special projects division, although such a vehicle wouldn’t probably require as much testing on public roads.

Both the Ferrari Roma and the Portofino M are fitted with the same twin-turbo 4.0-liter V8 engine producing 612 hp (456 kW / 620 PS) and 761 Nm (561 lb-ft) of torque. This powertrain is the most plausible choice for the Roma Spider, albeit with some improvements. The Ferrari Roma was originally introduced in 2019, making 2023 a great time for a mid-lifecycle facelift alongside the rumored debut of the additional bodystyle variant which could share the same mild styling and tech updates. Prior to that, Ferrari is getting ready for the big debut of the high-riding V12-powered Purosangue, which is scheduled for September 12.