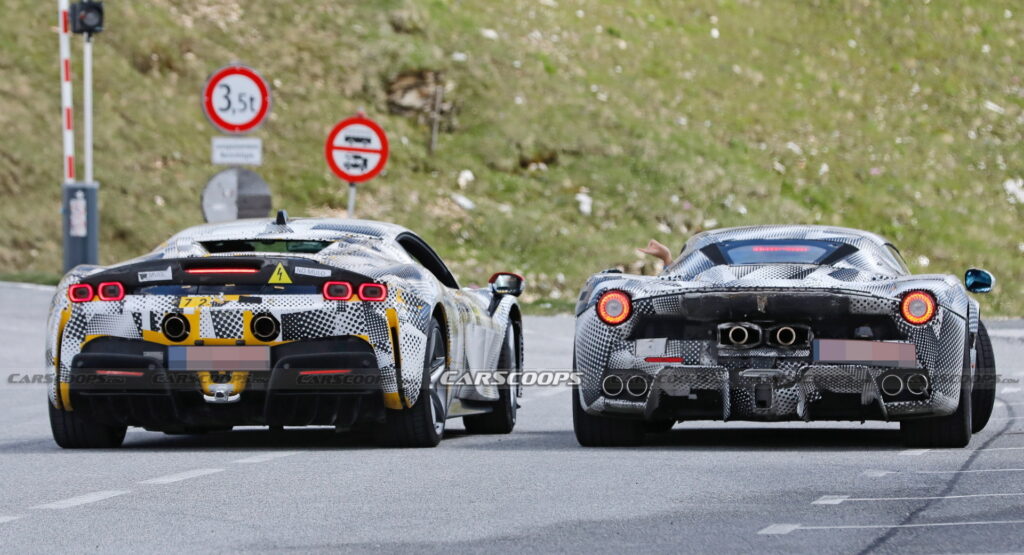 Ferrari’s is stepping on the gas on its journey to an electrified future. The company revealed at its Capital Markets Day that by 2026, a year after it introduces its first ever EV, that six out of every 10 Ferraris will be either battery-powered or hybrids.

One of the slides in Ferrari’s presentation outlined the three distinct powertrain types, and the most interesting angle wasn’t the hybrid or electric setups, but the ICE ones. According to the image, Ferrari will offer pure ICE versions of its V6, V8 and V12 engines going forward. So far we’ve only seen the V6 fitted to the 296 GTB and GTS, where it receives hybrid assistance. And if we’ve interpreted the slide correctly, the ICE and hybrid cars will be available as rear-wheel drive, the hybrids with rear- or all-wheel drive, and the EVs only with all-wheel drive. 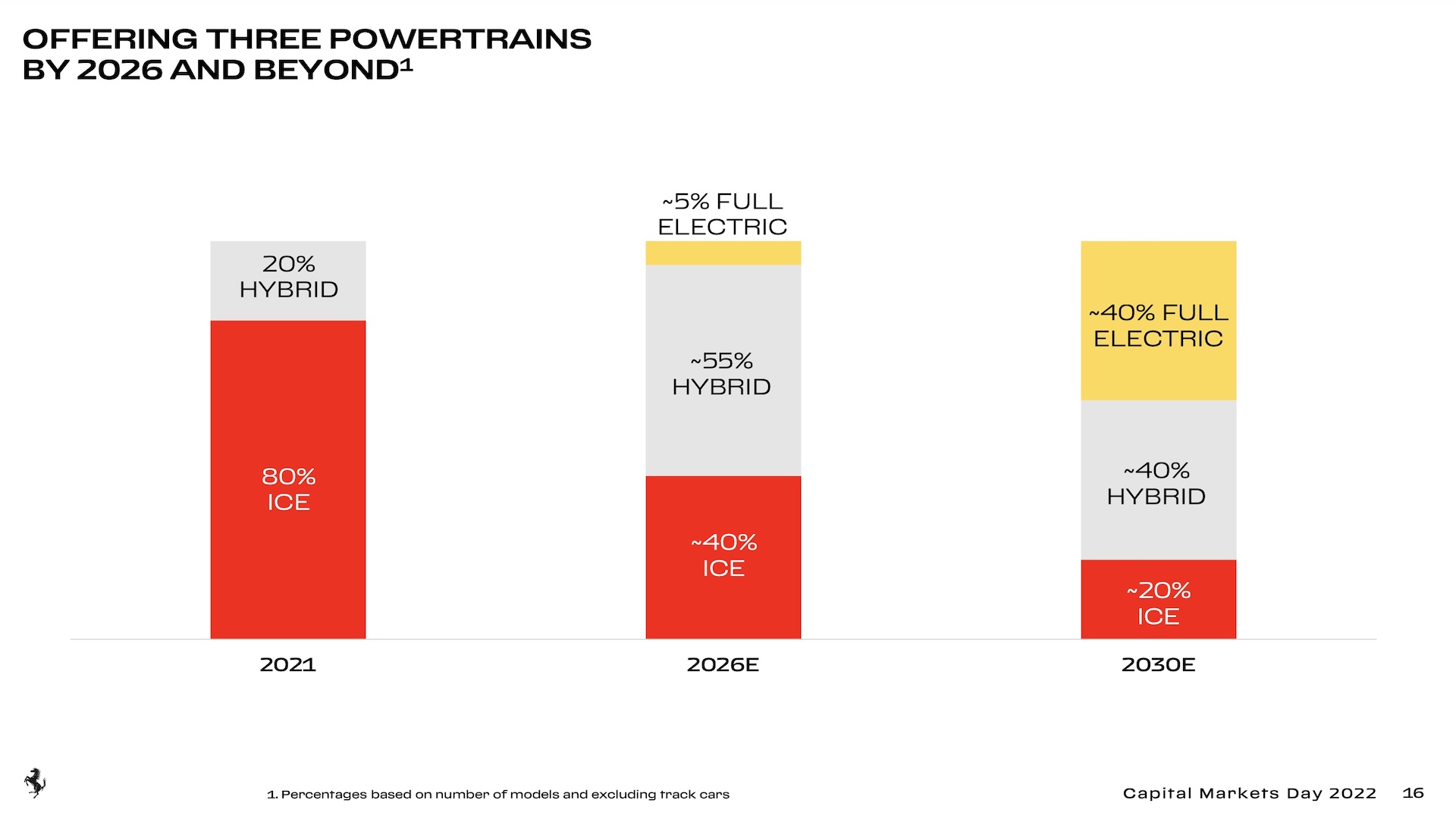 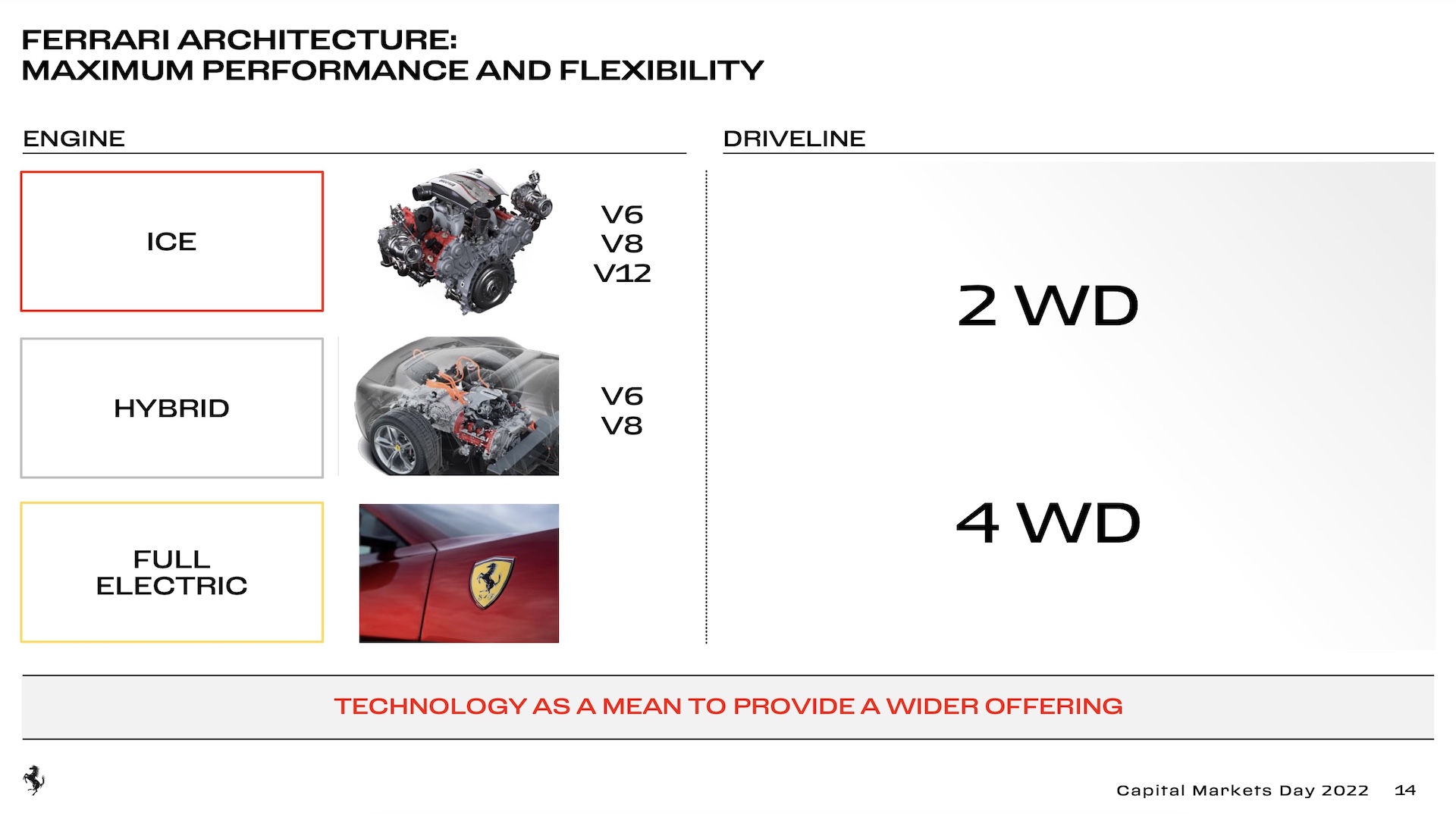 Ferrari also confirmed it would launch 15 new cars between 2023 and 2026, including more Icona models in the same vein as the recent Daytona SP3, and a new halo hypercar to pick up where the LaFerrari left off.

A graph that ranked various Ferrari models of the last 12 years according to lap times showed 2010’s F12 Berlinetta and 458 Italia at 1 minute 26 seconds, and the current 296 GTB and now-defunct LaFerrari hypercar at the 1 minute 20 second mark. The SF90 Stradale is nudging into the teens on the graph, which chimes with its official 1 minute 19 second lap time, the fastest ever for a Ferrari road car. But there’s also a “supercar” pictured top right, an image of a car hidden under a cover, below which is written “Technological transfer from Formula 1 and Le Mans Hypercar.” 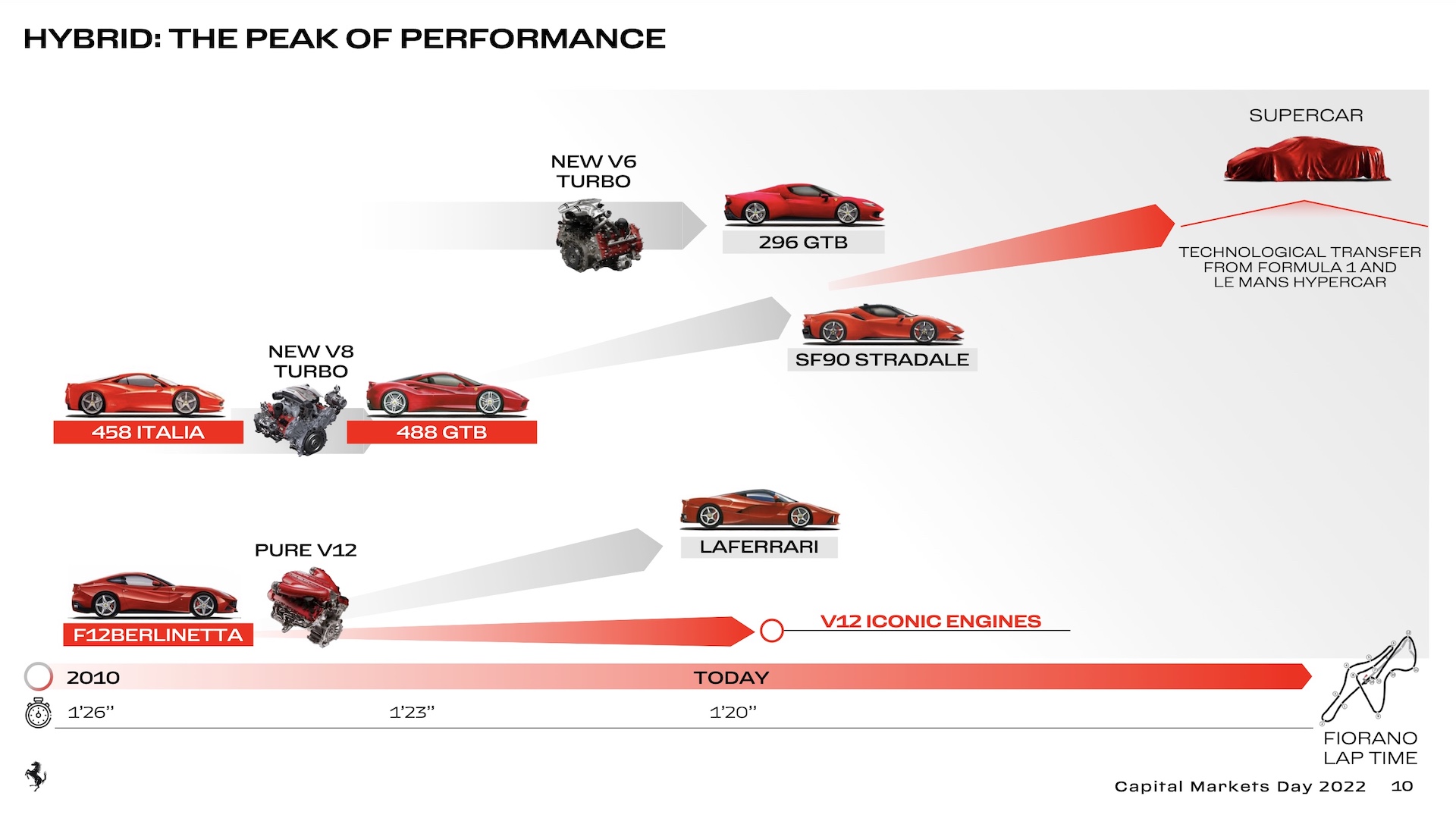 Now we’ll admit this is pretty questionable math because we don’t know for sure that the graph, or the placing of the LaFerrari successor, is to scale. But assuming it is, then by our rough calculations the company’s next hypercar will lap the Fiorano test track in round 1 minute 15 seconds, or 4 seconds quicker than the SF90. And that is seriously rapid.