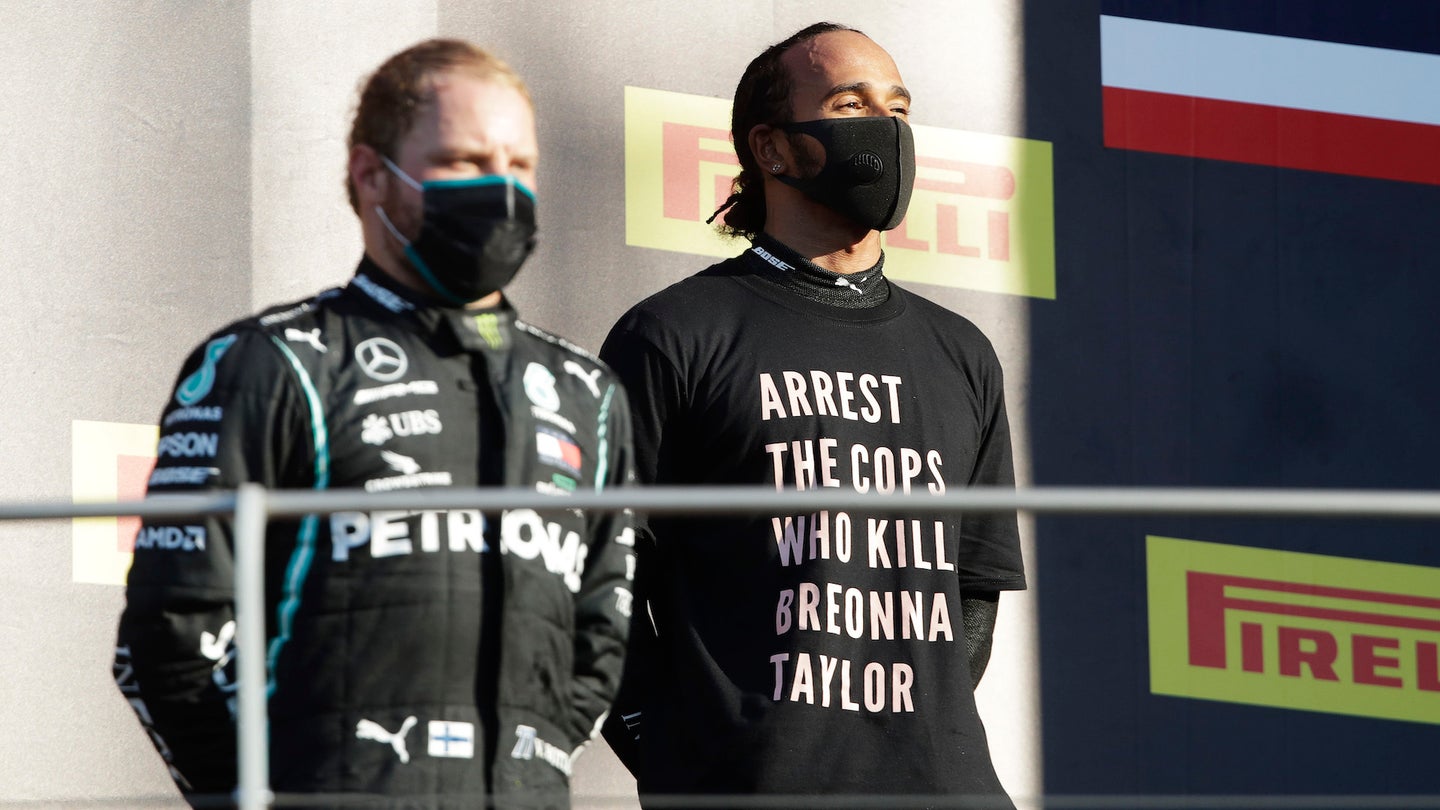 The FIA updated its International Sporting Code Tuesday to clamp down on Formula 1 drivers sharing personal statements via clothing, helmet designs, and possibly even statements to the media. Failure to abide will now be considered a breach of the regulations and could result in fines or other types of discipline.

This essentially means drivers and other team personnel could be fined for “the general making and display of political, religious and personal statements or comments notably in violation of the general principle of neutrality promoted by the FIA under its Statutes, unless previously approved in writing by the FIA for International Competitions, or by the relevant ASN for National Competitions within their jurisdiction.”

The move comes after a season where several drivers took to the track with personal messages on t-shirts and helmets, oftentimes showing political statements pertaining to the venue where they were performing. Lewis Hamilton and Sebastian Vettel were some of the most notorious throughout 2022, but others have also partaken in previous races.

Seven-time world champion Hamilton was summed by race stewards back in 2020 for wearing a t-shirt that read “Arrest the cops who killed Breonna Taylor.” He’s also commissioned various helmet designs with pro-LGBTQ+ messaging, usually to wear in countries with abysmal human rights records. These have included Azerbaijan, Saudi Arabia, Qatar, and Abu Dhabi.

Four-time champion Vettel made headlines throughout 2022 for his support of green initiatives, oftentimes riding a bicycle to the circuit over a Grand Prix weekend instead of driving a car or being shuttled via helicopter like most of his colleagues. A helmet and t-shirt of his made headlines this summer, when Vettel openly criticized Canada’s mining tar sands and drew the attention of government officials. Alberta’s Minister of Energy called him a hypocrite for displaying this message before putting on his Aramco-sponsored racing suit. (Aramco is a Saudi oil company.)

Regardless of which side of the debate you stand on, the FIA wanting to control drivers’ personal opinions while on the clock is highly questionable. It reeks of censorship and likens the FIA to controversial and arguably extremely corrupt organizations like FIFA.

Drivers have yet to offer their opinions on this subject, but it’s only a matter of time until one of them shares a piece of their mind.

The post FIA Bans F1 Drivers From Making Political Statements Without Its Approval appeared first on The Drive.