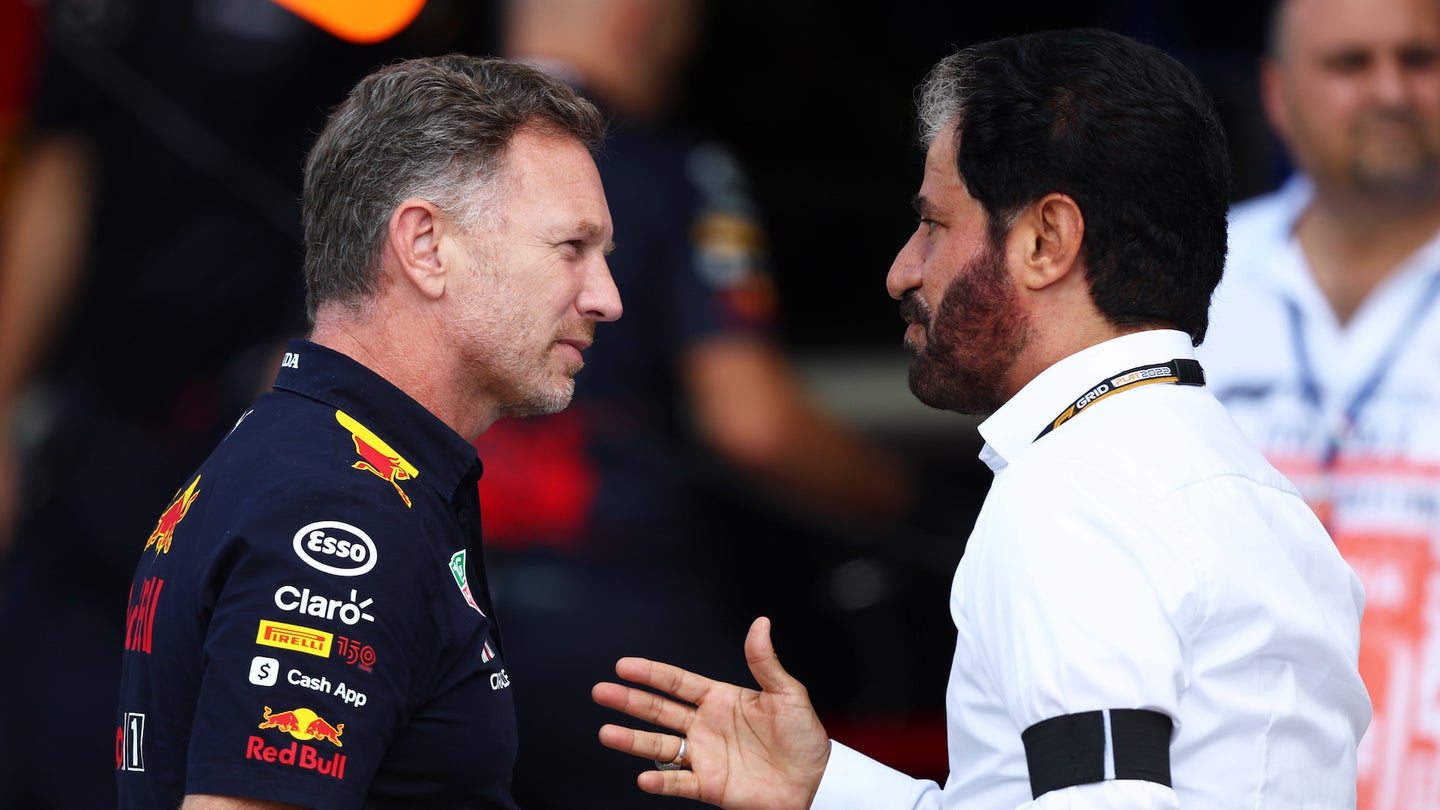 The FIA confirmed over the weekend that two Formula 1 teams had been found guilty of breaching the $145,000,000 cost cap set in place for the 2021 racing season. The over-spending teams are Aston Martin—and more importantly due to its success throughout 2021 and 2022—Red Bull Racing. But while F1’s governing body reported a “Procedural Breach and a Minor Financial Overspend of less than 5% of the cost cap,” it’s yet to release any supporting evidence on how the teams overspent, and more importantly, when and how it plans on punishing the offenders.

These details are essential, and the FIA’s lack of transparency is damaging to the sport. Not to mention the results of this recent cost cap review apply to the 2021 season, meaning that whatever consequences are ultimately applied could alter a championship that’s been sealed for nearly a year now. Or could the FIA punish a team’s current standings (2022) for a violation that happened in 2021? That’s the thing, no one seems to know at this moment, and the FIA isn’t exactly the most transparent organization. Remember the finer details of the 2021 Abu Dhabi Grand Prix investigation? Yeah, neither do I.

“We’re talking about the 2021 season, not this season,” said former F1 driver and current Sky Sports host Martin Brundle. “Quite why they haven’t been able to get to the details… presumably there’s some squabbling going on behind the scenes to mitigate this to explain and come up with some reasoning. But it’s thoroughly disappointing that we’ve now had this announcement of what’s happened, but we don’t know the consequences.”

It’s also unclear when penalties, fines, or points deductions would happen, but also the severity of them. The cost cap is in place for a specific purpose, and having a 5% variation be considered “minor” erodes its validity. FYI, 5% of $145 million is a not-insignificant $7.25 million. And even though it’s unofficially reported that Red Bull’s overspending is around $2,000,000, any amount over the cost cap gives any team a leg over its rivals. The FIA needs to act swiftly and strongly if it is to deter other teams from having these minor variances in upcoming years.

“It has got to be made clear that you stick to the cost cap or just under it or otherwise it is going to hurt,” added Brundle. “We’ll see if the FIA wants to come down hard on the first year. But certainly it needs tightening up. We need clarity and it needs to be rigid and a five percent variance is way too much.”

So, was the extra money spent on a new aero package or did Red Bull really go all out on high-end caterers, as the memes say? And what exactly did Aston Martin do with the extra money (how much ever that was), considering it hasn’t really accomplished much of anything this year? Perhaps it was a sign-on bonus for Fernando Alonso.

Regardless of the variance amount and what it was spent on, the FIA must fix its transparency issues before it further tarnishes an already-questionable ethics reputation. It can do so by revealing all of its findings and being clear with the public on how, when, and to what extent offenders will be held responsible. Oh, and it should do so as of… yesterday.