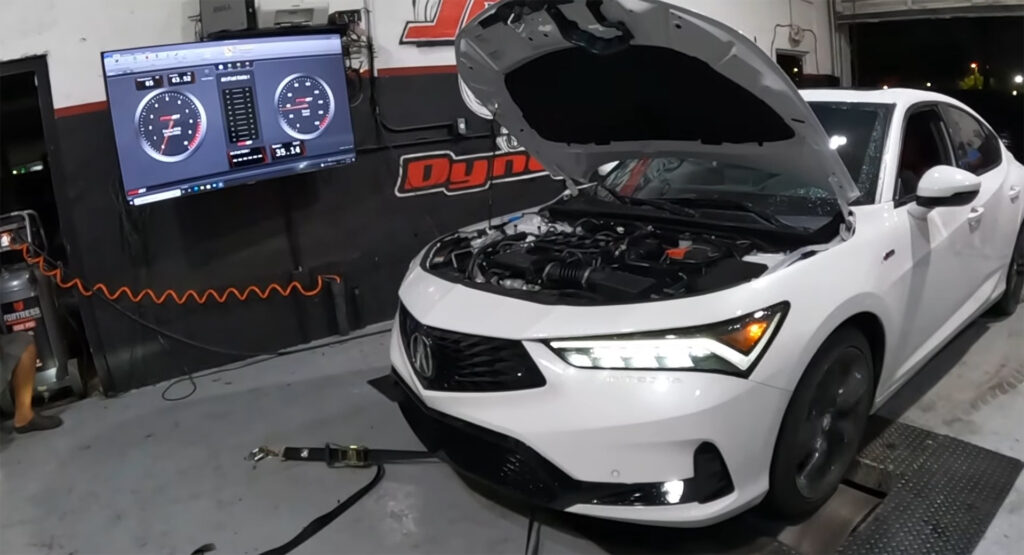 Now that the new Acura Integra has been making its way out into the public, people have been getting curious as to what the car’s power is like. To find out, AHC Garage decided to put their Integra A-Spec Tech Package (the only Integra trim offered with a manual) on the dyno to see the numbers for themselves.

Acura advertises this car’s 1.5-liter turbo inline-four as making 200 hp (203 PS / 149 kW) and 192 lb-ft (260 Nm) of torque, the same as the new Honda Civic Si, which makes sense given that the two cars share a platform. But since the Civic was shown to make more power than advertised, it begs the question of whether the Integra does as well, especially since Acura claims they gave the car different engine tuning to differentiate it more from the Honda.

This is in line with independent dyno runs of the Civic Si, which showed around 200 hp (203 PS / 149 kW) and 210 lb-ft (285 Nm) of torque at the wheels when factoring in a 10 percent drivetrain loss. Granted, that shows the Civic coming in a little bit higher than the Integra, but it’s worth noting that every dyno is going to have its own margin of error, so different ones might put out slightly different readings. That being said, the numbers are consistent enough to assume that both the Integra and the Civic Si are putting out about as much power to the wheels as Acura/Honda advertises at the crank.