Five Under $5K: The Best Cheap Cars We Found for Sale (Albuquerque Edition) 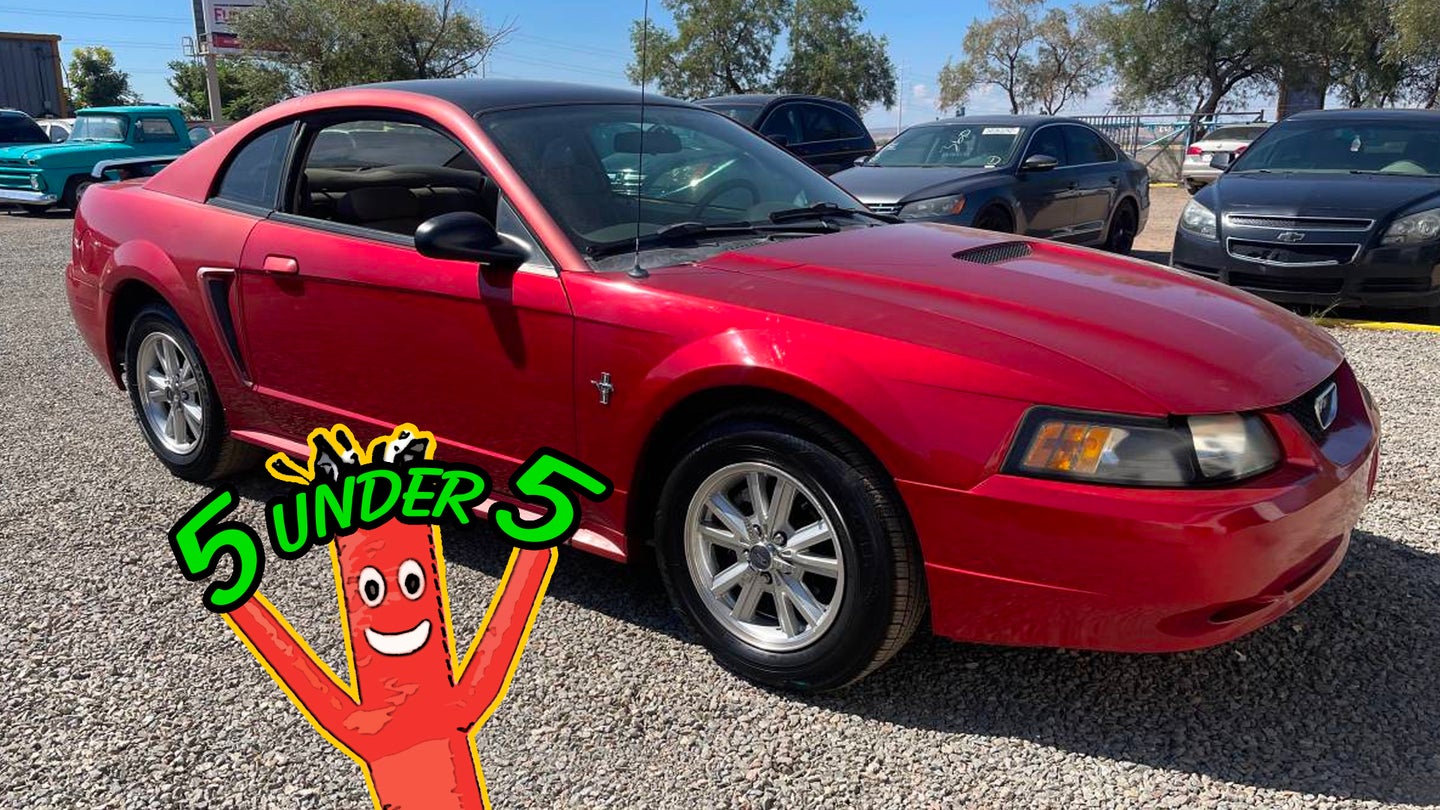 This week’s quest to find five decent used cars under $5,000 brings us to Albuquerque, New Mexico. An underrated state, in my humble opinion, and as with all desert climates, it’s a good place to hunt for old cars. I actually did manage to find a crop of intriguing automobiles for short money on the local Craigslist, too.

I am going to resist recommending the cool total oddballs I found. I was intrigued by a ’78 Civic and ’86 Toyota van, but for this list, I’m going to do my best to recommend cars that would actually … make some kind of sense to acquire.

I’ve heard nothing but good things about these cars drive, though I must admit I’ve heard nothing but bad things about how much of a pain they are to take care of. It looks like this one’s suffered some street parking dings but otherwise, it’s pretty tidy. Even if you spend a few thousand keeping this car alive over the next couple of years, you could have a really fun little hot hatchback here.

The “S” of course is the good one (you can spot it by the hood scoop if the badge is missing) with a supercharger.

The last-gen Frontier was sometimes the butt of jokes in the car biz for having gone so long without a refresh. Well, this is the body style that came before that one (though it’s the very last year of this design). I’ve always felt that these Frontiers look great and the orange/red paint on this one only confirms my feelings there. Four-spoke wheels are a little odd (a Nissan staple from the mid-2000s) but this thing looks pretty healthy for having 15 years and 200,000 miles on it.

Critically, the ad says the water pump and timing belt were recently replaced. If that’s true I bet you could run this thing for a few more years without putting hardly any work into it.

I already know this is going to trigger some groaners. “That era of Ford sucks,” “it’s not even a V8.” Listen, guys, we’ve got ourselves a rear-drive manual-shift car in decent shape for $3,500 here. Forget about the finer points of switchgear and interior build quality and just have yourself a good time burning gas and rubber in this thing.

Mileage is crazy low, even suspiciously low, for a car this age but it presents nicely in pictures. If it runs and drives decently I think this would be a pretty sweet little machine to toss around and wrench on. Parts are going to be cheap, and if you decide to take the plunge on something serious like an engine swap, the aftermarket is robust enough to support all kinds of crazy dreams.

I’m not sure if it’d be more accurate to describe the Honda Element as a fan favorite, or a cult classic. But every Element owner I’ve ever encountered has been positively gushing about how great their box-shaped car/SUV is. These things really were before their time. I mean, come on. A highly capable and versatile adventure crossover with a rinse-out floor? I’m shocked Honda hasn’t rebooted this yet and I’m sure such a thing is on the horizon.

Anyway here in the present, you can still scoop one of these up for under $5,000 if you’re OK owning something in the 200,000-mile territory. For what it’s worth, I’ve had many cars with that many revolutions on the odometer and don’t regret it. Just research what’s liable to break and keep an eye on those parts.

A four-wheel drive Jeep with the legendary 4.0-liter inline six and a manual transmission is a cool thing to find at any price. The ad only has one photo and the resolution is pretty weak (classic Craigslist situation) so it’s tough to really get a sense of the vehicle’s presentation but if the drivetrain is solid, you could have a lot of fun wheeling off-road in this thing.

Like with the Mustang, the sky’s the limit on what you could do to this vehicle since the aftermarket is immense. And as the value of classic SUVs continues to soar, you might even be able to get this car to appreciate if you really restore it nicely.

You’re probably not going to be able to buy the exact cars in these previous window shopping rundowns, but they should still give you a sense of what kind of hardware’s available in different corners of the United States.

The post Five Under $5K: The Best Cheap Cars We Found for Sale (Albuquerque Edition) appeared first on The Drive.