Fly Like The King: Elvis Presley’s Private Jet Is Headed to Auction 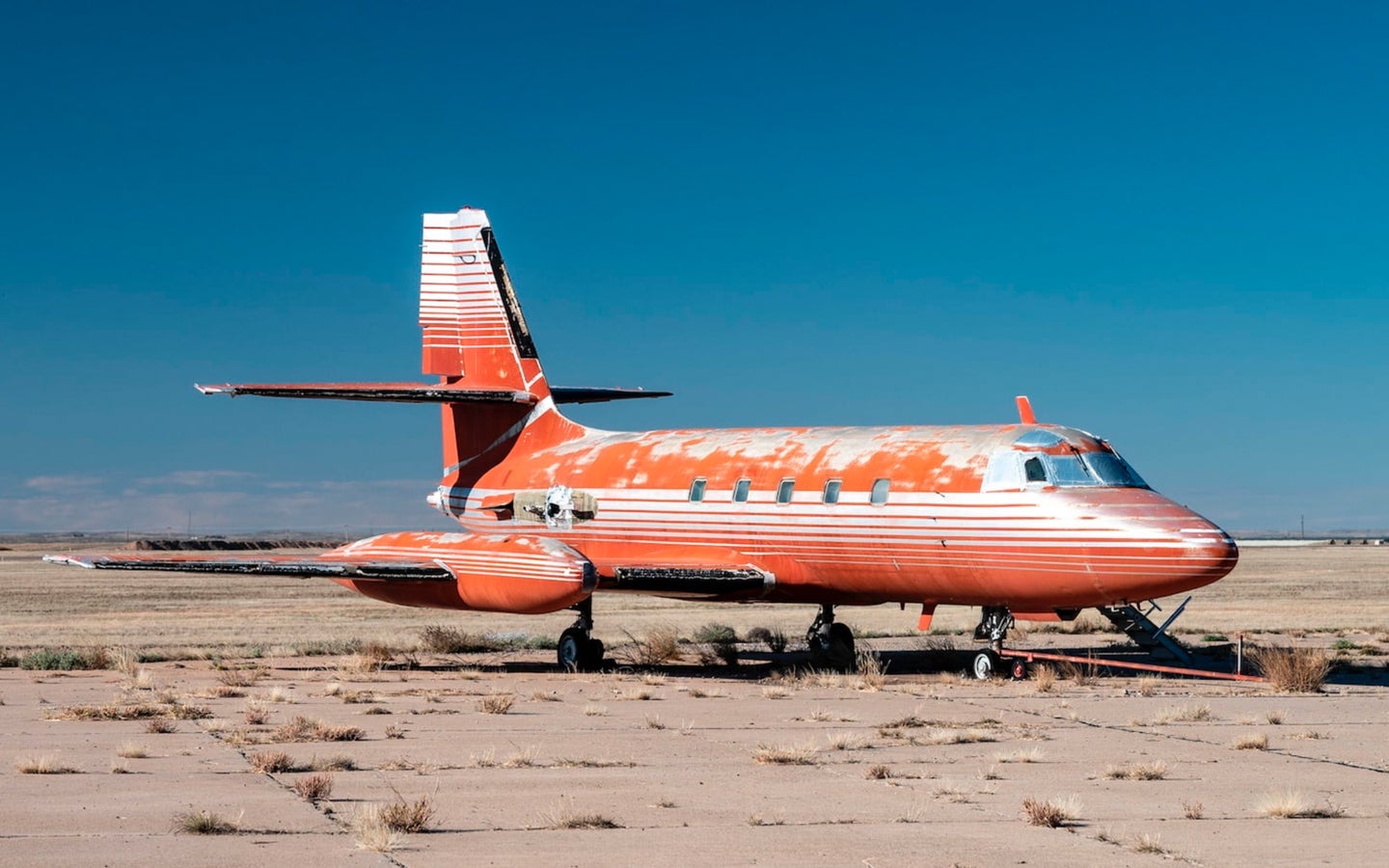 If you want to know what it felt like to fly with Elvis Presley, you’re in luck. One of his many private planes is currently headed to the Mecum Kissimmee auction on January 4 but there’s a bit of a catch—it needs a ton of restoration work.

The 1962 Lockheed Jetstar was bought by Elvis in 1976 for a whopping $840,000. At the time, it was a stylish, luxurious plane, with wood paneling, red velvet seats and carpet, and even an onboard VCR and microwave. For 1962, that was pretty fancy stuff. All six of its individual chairs spun and reclined and there was even a matching bench seat. And in very ’60s fashion, the chairs had slide-out ashtrays built into their armrests. I can only imagine what the cabin smelled like during Elvis’ ownership. Now, though, the jet is a shadow of its former self.

Since Elvis sold the plane in 1977, it’s changed hands quite a bit. It once even lived in Saudi Arabia before it made its way to Roswell, New Mexico, where it currently resides in less than fly-worthy condition. There’s a big hole in the fuselage, its windows are seemingly held in place with duct tape, there’s a chunk missing from its tail wing, and its wings look like there missing bits as well. Oh, and its twin Pratt & Whitney engines were removed, along with some of its cockpit gauges. I’m no aviation expert but I believe it needs those to fly.

Most of its interior is in good shape, though, especially considering its age and the fact that it seems like it’s been abandoned for decades. The velvet seats look intact, all of the wood paneling seems fine, and even the electronics look good.

I’m not sure what sort of money this plane will sell for. While it’s in rough shape and lacks engines, it’s a rare plane that was owned by one of America’s most famous musicians. Restoration will be expensive but it might be worth it for any deep-pocketed fan of either Elvis or aviation, or both, that wants to fly like The King. Whoever ends up buying and restoring this old jet will have a unique piece of American history and one that could act as a flying time capsule, something to transport them back to a different era of both music and aviation. And whoever loses the bid will likely have a blue, blue, blue Christmas (I know, I’m sorry, I couldn’t help myself).

Have any tips? Send them over to [email protected]

The post Fly Like The King: Elvis Presley’s Private Jet Is Headed to Auction appeared first on The Drive.