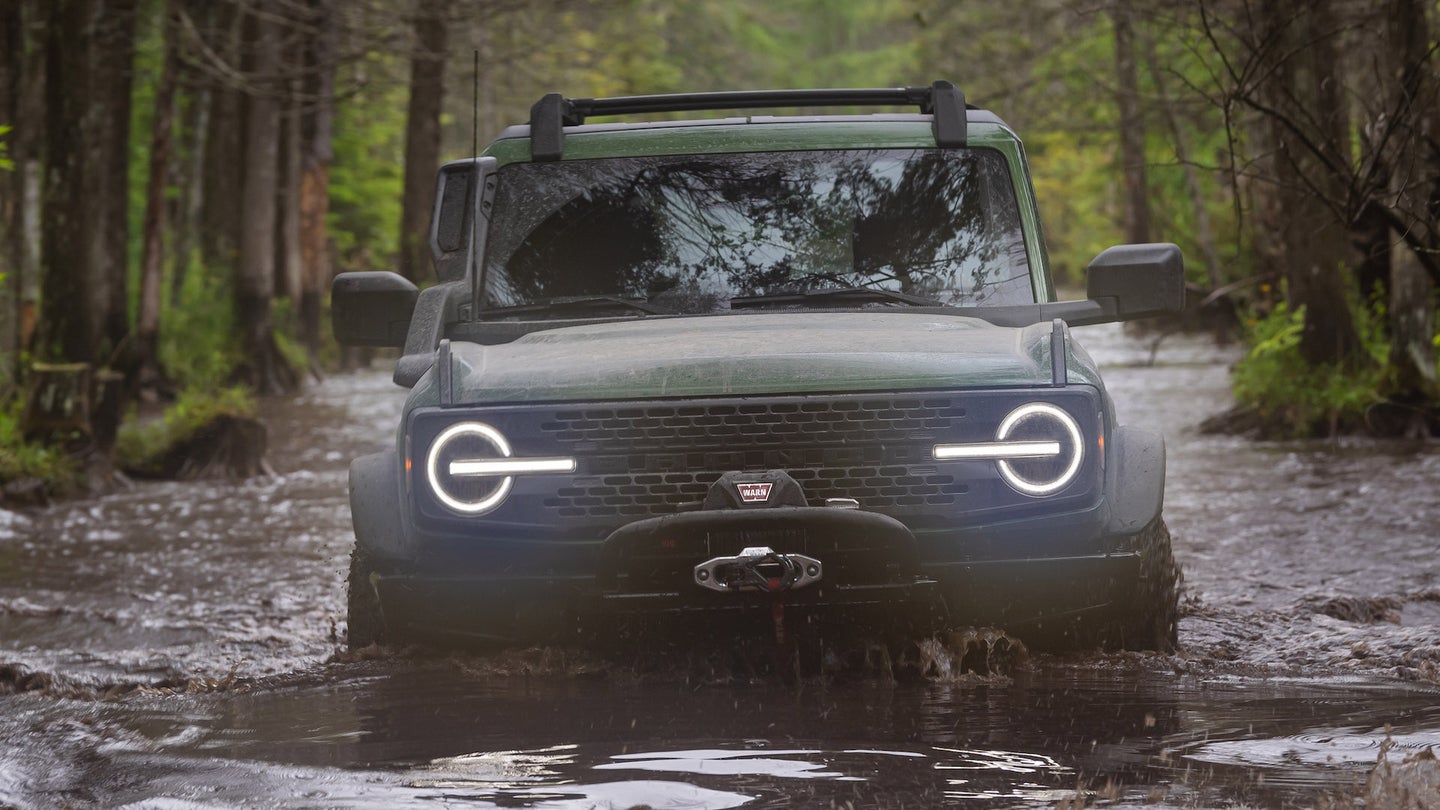 Ford Bronco owners can now get more out of their SUVs’ stock engines with new tunes from Ford Performance that boost power output without voiding their warranties.

Ford Performance dropped its duo of Bronco tunes with zero fanfare, which is odd given the Bronco’s popularity. It offers upgrades for both the Bronco’s base 2.3-liter turbo-four and its 2.7-liter Ecoboost V6, which in addition to increasing power, improves throttle response and transmission recalibrations to maximize acceleration. Ford Performance says the tunes are dyno-tested and offers a three-year, 36,000-mile warranty if the tune is installed by a Ford Dealer or qualified third-party technician, so there’s basically no reason not to get them.

Factory-approved tunes will be of the most interest to turbo-four Bronco owners, who also stand to pick up the most power. On the 2.3-liter four-cylinder, which makes 300 horsepower and 325 pound-feet of torque stock, the $825 tune brings out another 30 hp and 60 lb-ft, for total outputs of 330 hp and 385 lb-ft. Owners of 2.7-liter Broncos stand to gain, though not quite as much: their $825 tune adds just 25 hp and 18 lb-ft, which add up to 355 hp and 433 lb-ft. That’s pretty close to the Bronco Raptor‘s torque output of 440 lb-ft, though it still falls well short of its horsepower. Something something replacement for displacement.

Obviously, the tunes require premium fuel to reach their advertised potential, and they’re only legal in 49 states (you get one guess as to which No. 50 is). Ford Performance also says the tuning devices are locked to each Bronco’s VIN, so there’s no sharing the tunes around the owners’ club. Not that you’d want to share if you can claim the title of the quickest Bronco in the dunes. At least until that guy takes delivery of his Raptor.