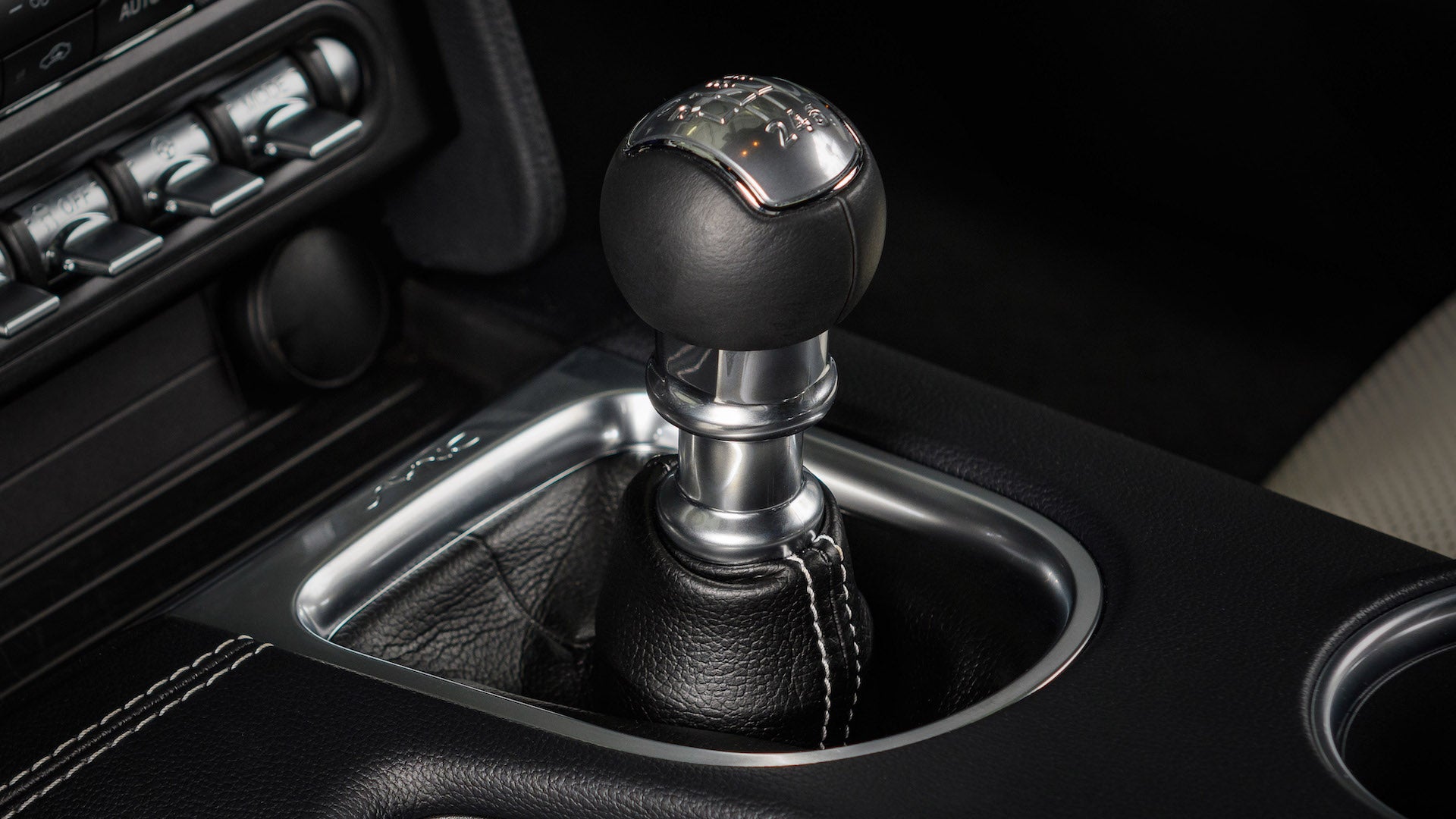 The manual transmission’s gradual disappearance from road cars makes it look like the end of the road for the third pedal. Some modern manuals, like a novel one offered by Hyundai, don’t even have a clutch pedal. Ford could soon go down that path too, as patent filings show Ford has conceived of a new style of manual box that only requires hand inputs to shift—but could still include a foot pedal for those that want to use it.

Such was revealed in a patent application filed by Ford with the United States Patent and Trademark Office (USPTO) in December 2018, though the document’s contents were only published last November, and discovered by Muscle Cars & Trucks this month. The patent is stated to be for a “manual transmission with [an] electric clutch,” one where the clutch release hydraulics are pressurized by a master cylinder operated by an electronic actuator. This actuator receives signals to disengage either from a pressure sensor on the H-pattern shifter or from an “override” attached to the clutch pedal, which would be connected to the clutch only electronically.

MC&T speculates the mechanism could find use in the S650 Mustang, though it could just as easily be used in something like the Bronco. That requires it to make production, though, and a patent filing is no indication that it will. It’s a far more complex mechanism than a traditional, hydraulic-only clutch system, which would drive up cost, complicate service, and possibly decrease reliability.

Its advantages lie mainly in making manual transmission operation more approachable, or more compatible with a hybrid system, such as that rumored for the next-gen ‘Stang. If used in the hybrid Mustang, this electro-hydraulic clutch mechanism could automate engagement while the front-axle motors assist with takeoff. That’d be especially useful if the next Mustang has a stop-start system.

More than a few recent Ford patents suggest such could be in the works, but they only amount to circumstantial evidence. In the end, we’ll have to wait for Ford to officially detail the next Mustang—that is, unless, an engineer accidentally leaks details via LinkedIn again. Or, y’know, one of you sweethearts blows up Ford’s spot in my inbox. C’mon man, just do it, all the cool kids are.