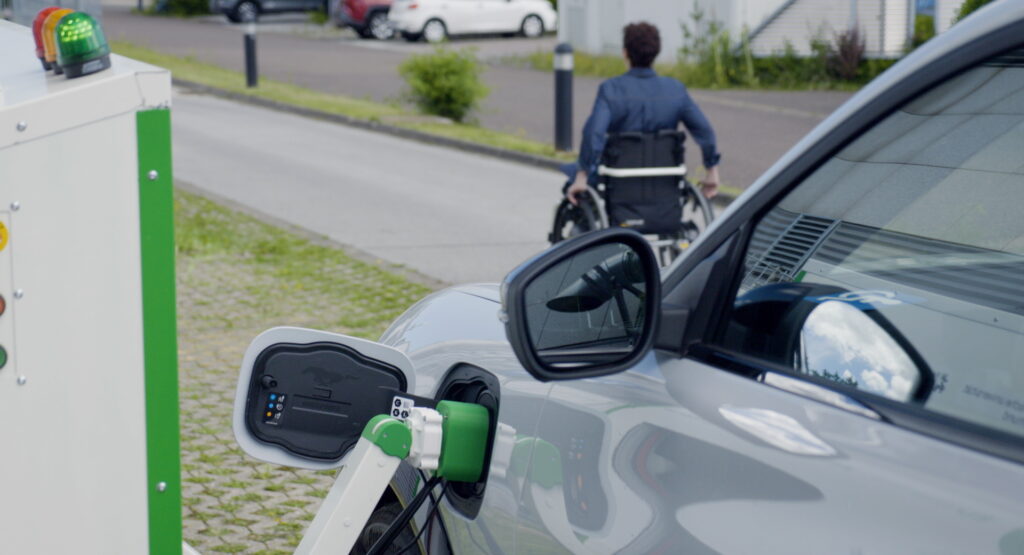 The robot has been developed specifically with the needs of drivers with disabilities in mind. Ford says these drivers have identified ease of charging as a key purchase consideration when looking at electric vehicles.

“I stopped filling up my car myself years ago, because it became very strenuous. My husband does it for me,” said Angela Aben, who works in Ford of Europe‘s communications department and uses a power-assisted wheelchair. “The introduction of a robot charging station would offer me a much greater level of independence.”

Read Also: Ford Introduces ‘Robbie The Cobot’ That Can Work With People With Disabilities And Reduced Mobilty

Indeed, a 2020 survey found that the weight of the charging cable and the effort required to push the charger into the car prevented some U.K. drivers with disabilities from using certain charge ports.

Ford’s robot seeks to solve those issues and, following initial lab testing, is being trialed in real-world situations. Once activated, the station cover slides open, the charging arm extends towards the vehicle port using a camera, and after charging, the arm retracts back into its place.

The automaker says that, in the future, the charger could be installed at parking spots for drivers with disabilities, in parking lots, and in private homes. And it isn’t hard to imagine how it could have uses beyond its initial intention. A robotic charging arm could also be useful for companies with EV fleets, for instance.

As vehicles gain more autonomous features, this technology could once again be very useful. Rather than having to park where the chargers are, a vehicle could drop an occupant off near a door and drive itself to a charger, where the robotic arm would allow it to charge automatically.

“Ford is committed to ensuring freedom of movement and right now refueling or charging your vehicle can be a major problem for some drivers,” said Birger Fricke, a research engineer at Ford of Europe. “The robot charging station could be an added convenience for some people, but—absolutely essential for others.”