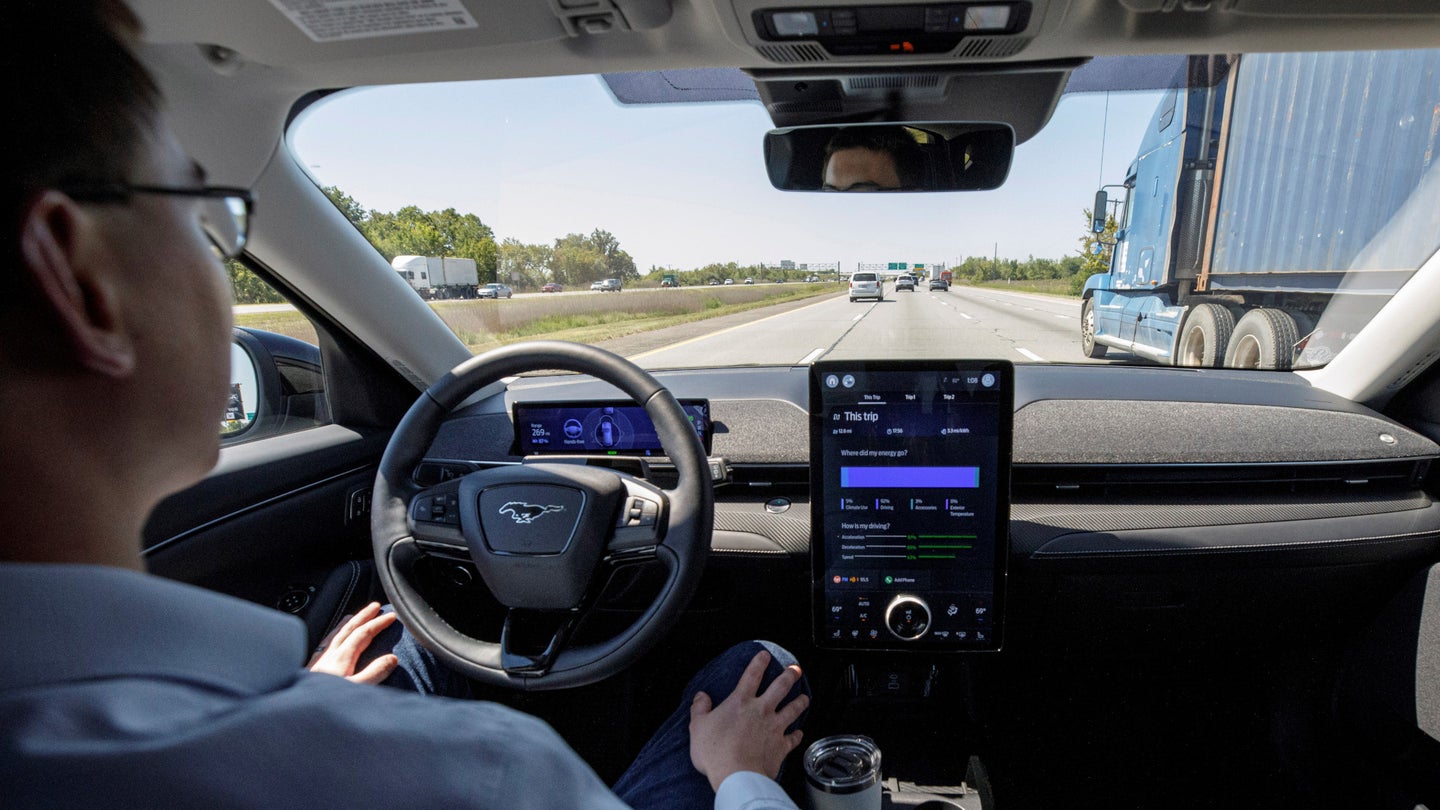 Ford’s BlueCruise Level 2 driver assist system hit the market in 2021 and is now set to get some upgrades. Key amongst those is the capability to execute hands-free lane changes.

The headline feature is the system’s ability to handle lane changes without requiring the driver to take the wheel. Instead, a tap on the indicator stalk is all that’s required to request a lane change, and then BlueCruise will do the rest, according to a company press release. The feature has been on the road map for BlueCruise for some time, as well as Lincoln’s version, known as ActiveGlide.

Unlike with General Motors’ Super Cruise offering, these lane changes won’t be fully automatic. However, if BlueCruise detects that traffic is moving more smoothly in an adjacent lane, it can suggest a change to the driver who can then make the call. It’s not as seamless, but it may help keep drivers more engaged. That’s important, as SAE Level 2 systems rely on a driver continually paying attention to the road.

The 1.2 update also brings improvements to lane-keeping, particularly when large vehicles are traveling in adjacent lanes. Additionally, the system has been tweaked to smooth out speed changes when approaching tight curves, with notifications added to keep the driver abreast of what it’s doing.

Overall, the updates are intended to increase comfort for the driver and passengers. The aim is to create a smoother driving experience that more naturally mirrors human-like driving behaviors, according to Doug Field, chief EV and digital systems officer for Ford.

Lane-changing control isn’t exactly a groundbreaking feature, but its inclusion will help bring Ford’s offering closer to its competition in functionality. The new 1.2 version of BlueCruise will debut this year, initially coming to the 2023 Mustang Mach-E. Ford didn’t say if it will eventually become available as an update for existing vehicles, but this may change down the line.