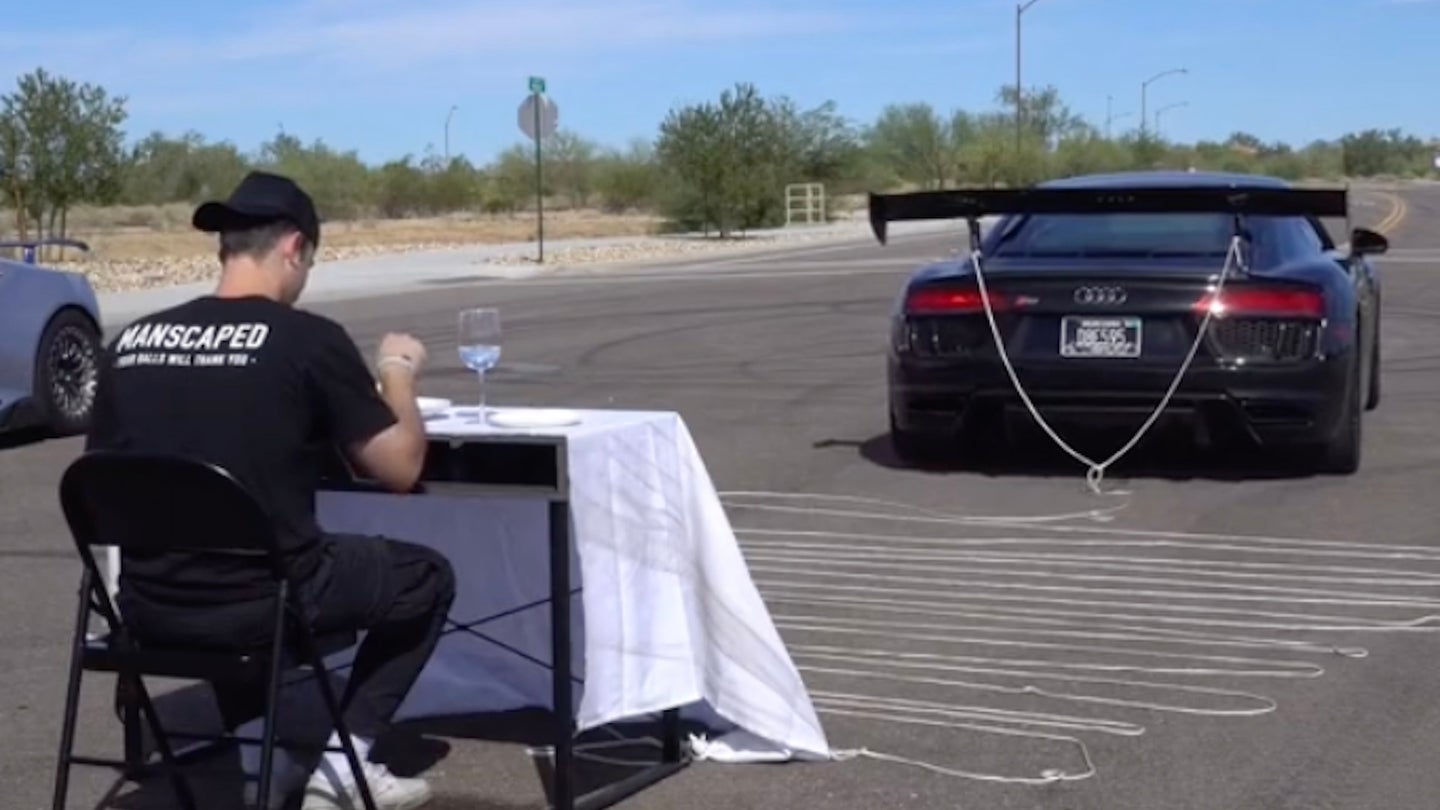 The tablecloth pull is one of those classic tricks we’ve all seen but maybe haven’t tried because our mothers would kill us. But now that you’re an adult, you can do it with your car—if it’s quick enough. Otherwise, you’ll end up with broken tableware, bruised pride, and a video that you probably shouldn’t upload to TikTok. But you might anyway because it’d ride the wave of a viral TikTok challenge.

Over the last month, the short-form video platform has seen a surge of videos posted under the hashtag #tableclothchallenge, many of them involving cars. The trend in the automotive sphere appears to have been amplified by (or started with, it’s not clear) social media personality Supercar Blondie, but it has since taken on a viral life of its own, with owners of a wide variety of cars taking part. Some have been successful, like owners of supercars such as an Audi R8, a Chevy C7 Corvette Z06, and even a BMW 5 Series Touring.

As you can probably guess though, not every attempt is successful, even for owners of some fairly high-performance cars. There are biffs by drivers of a Tesla Model 3, BMW M4, and even a Mercedes-AMG S63—that’s six figures of embarrassment right there. Their screwups are mostly down to not leaving enough run-up space though, as the trick only works when the inertia of the table settings exceeds the friction of the tablecloth. The key here is a sudden tug, so even a car as slow as a Honda HR-V could manage if you gave it enough room to get up to speed.

Nevertheless, whether or not a car can seamlessly pull a tablecloth out from under expensive china is a way more fun method of measuring a car’s performance than raw zero-to-60, and I’m hereby declaring it as the de facto acceleration metric all automakers should adhere to.

Like all trends though, this one has spawned parodies, including a couple of attempts with ATVs. I’d tell you how it goes, but the video really is better if you just watch it.

The post Forget 0-60: The TikTok Tablecloth Car Challenge Is the New Performance Metric appeared first on The Drive.