Forget e-Scooters, Audi’s Partnering With A Startup To Make Electric Rickshaws Out Of Old EV Batteries

Audi has partnered with Nunam, a German-Indian startup that aims to use end-of-life EV batteries to make electric rickshaws in India. Moreover, it wants to use the batteries to help create a cleaner charging infrastructure for them, too.

“Car batteries are designed to last the life of the car. But even after their initial use in a vehicle, they still have a lot of their power,” said Prodip Chatterjee, Nunam’s co-founder. “For vehicles with lower range and power requirements, as well as lower overall weight, they are extremely promising. In our second-life project, we reuse batteries from electric cars in electric vehicles; you might call it electric mobility ‘lite’.”

Indeed, Nunam isn’t the first company to come up with the idea of adding electric power to rickshaws, as they’re a common sight in India. The majority, though, use lead-acid batteries, which aren’t particularly power-dense and have a short operational lifecycle. They often aren’t disposed of properly, either, which can have environmental consequences. 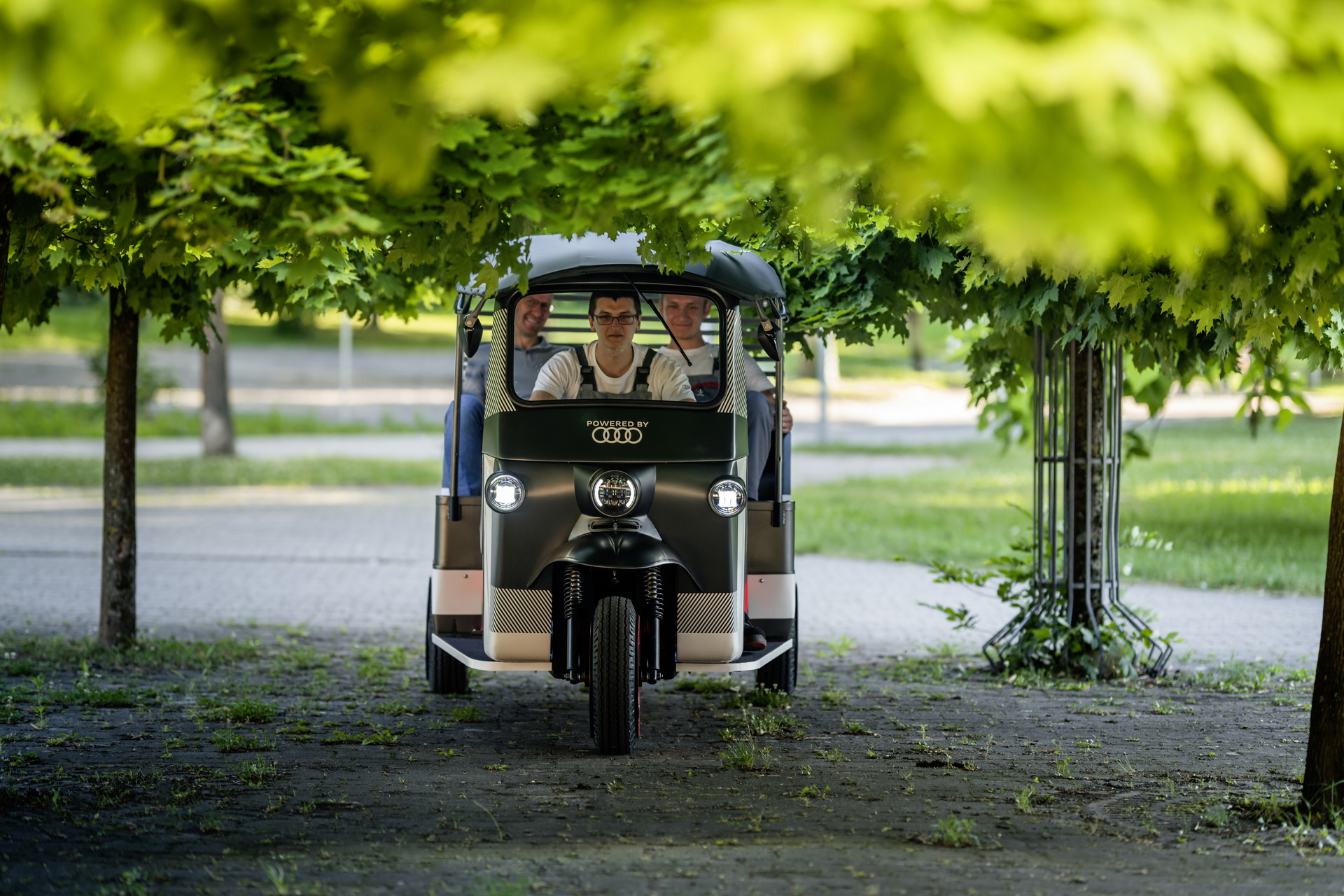 In addition to being heavier than EV-grade batteries, existing e-rickshaws are also by and large powered by the Indian energy grid, which has a number of coal-fired power plants. In order to avoid those carbon emissions, Nunam will also work with partner organizations to set up greener charging stations.

These will generate power with solar panels and that energy will be stored, again, in Audi batteries. Nunam’s e-rickshaws will then be able to charge at these stations, making them virtually emissions-free.

The startup, which is a nonprofit, will also aim to make its e-rickshaws available to women in particular, in order to help them get their goods to market without the need for intermediaries.

“Initiatives like the one pioneered by Nunam are needed to find new use cases for e-waste. Not only in India but worldwide,” said Rüdiger Recknagel, the director of Audi’s environmental foundation. “So Nunam shares its knowledge to motivate more initiatives to develop products with second-life components that can drive the eco-social revolution forward.”

Together with Audi, Nunam has created a concept e-rickshaw that visitors to the GREENTECH FESTIVAL in Berlin can try out as of June 22.