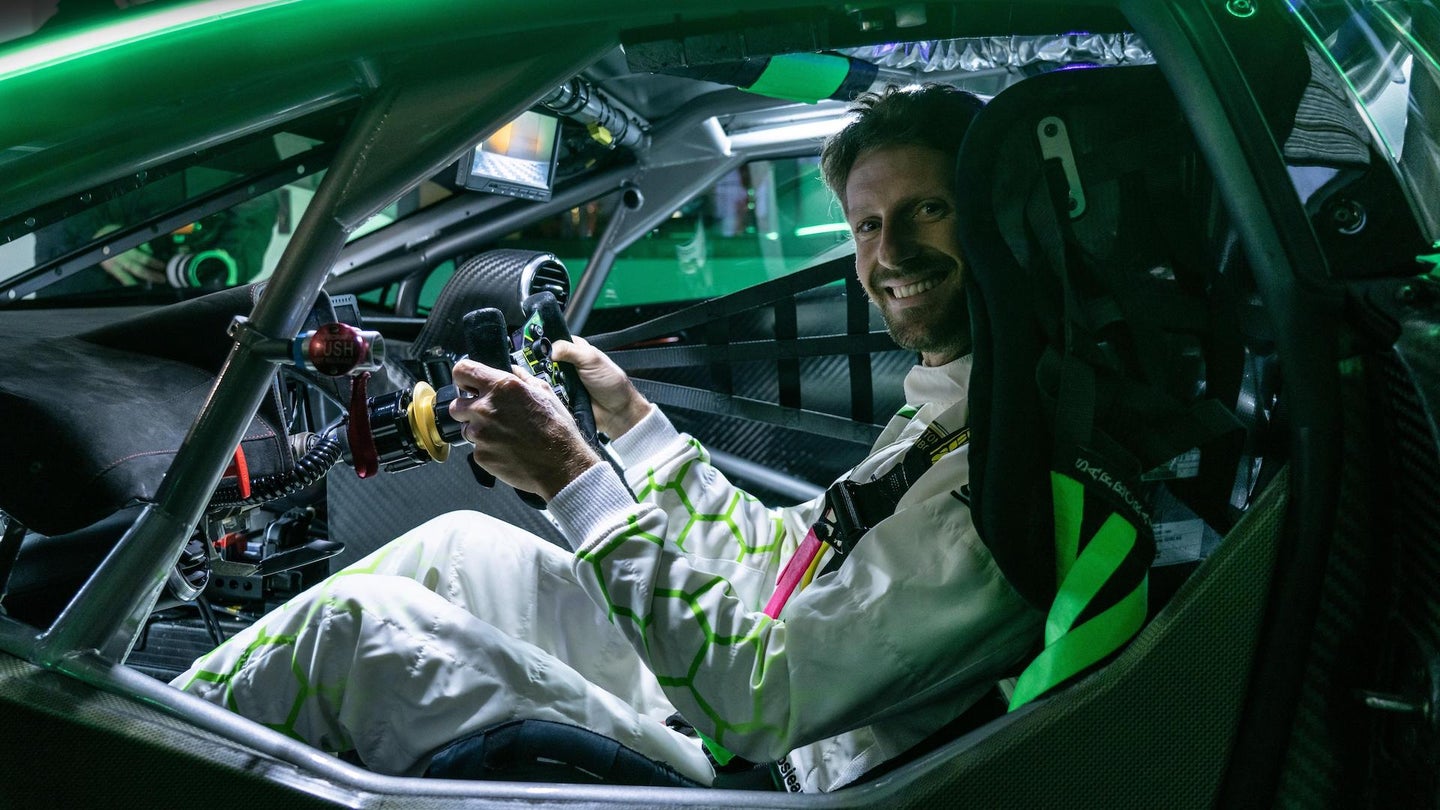 Romain Grosjean is more than settled into his new life in the United States as a key driver for Andretti Autosport in the IndyCar series. The former Formula 1 driver has yet to win a race or score a pole position in his two years in the series, but has established himself as a usual contender week in and week out—and has even been called a “punk” by his rivals. The Frenchman will now split his IndyCar duties with endurance racing, as he’s joining the Lamborghini Squadra Corse GT3 and LMDh programs for 2023 and 2024.

Grosjean will kick off his new role as Lamborghini factory driver in January at IMSA’s Rolex 24 at Daytona, where he will compete in a Huracan GT3 Evo2 from the Iron Lynx team. He will partner factory drivers Andrea Caldarelli and Mirko Bortolotti.

“First of all, it’s an honor to be joining Lamborghini, it’s such an iconic brand for everyone who loves cars, including myself and my kids,” Grosjean said in a press release. “On top of that, I am very excited about two things: the first is starting in Daytona with the GT3 which has been very successful in Daytona and a really good team like Iron Lynx and teammates around me, so that is going to be a nice discovery for myself.

Grosjean will also aid in the development of Lamborghini’s LMDh racing car throughout the year, which is expected to race in the 2024 in the FIA World Endurance Championship and IMSA WeatherTech Sports Car Championship but has yet to be revealed. The tenured racer will pilot this new prototype for its maiden season, where he will count on his previous experience as a sports car/endurance driver. Grosjean previously competed in the FIA GT1 World Championship back in 2010, where he took part in the 24 Hours of Le Mans and earned two victories along the way.

“And then, later in the year developing the new LMDh which is a beautiful car – I’m lucky to have seen it – and an incredible project in endurance. It’s becoming a very exciting category with all the constructors coming. With Lamborghini being such a successful brand, I hope we can do well in the future,” Grosjean added.

The 2023 Rolex 24 at Daytona will take place on Jan. 28, and will see the debut of many new cars and drivers, including Cadillac’s new LMDh racer.