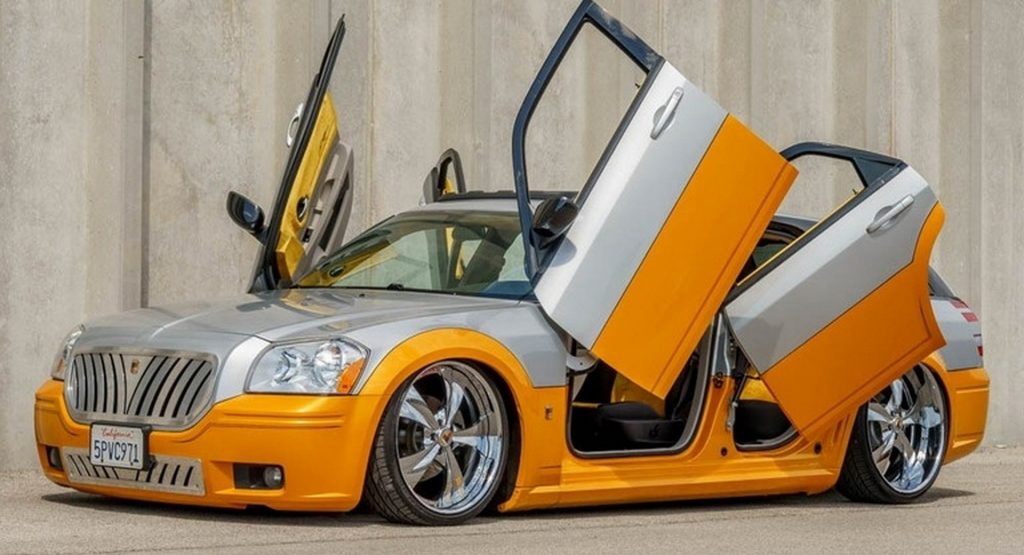 The late George Barris was well known for the original TV Batmobile and incredibly flashy custom cars and this 2005 Dodge Magnum is an excellent example. It features an extreme paint job, a wild custom grille, a canvas power sunroof, and more. At the same time, this Magnum could serve as the definition of the phrase ‘all show and no go’.

That’s because under the hood is the same 250 hp (186 kW) V6 that it originally came with back in 2005, although the listing over at Motoexotica does say that it has an aftermarket intake. To its credit, it does look like a decent cool air intake aside from the complete lack of any heat shielding.

In addition, Lamborghini-style hinges allow all four doors to swing up and out of the way. The car itself sits on a four-way airlift suspension system and huge custom wheels. The paint job seems fitting to a car like this. 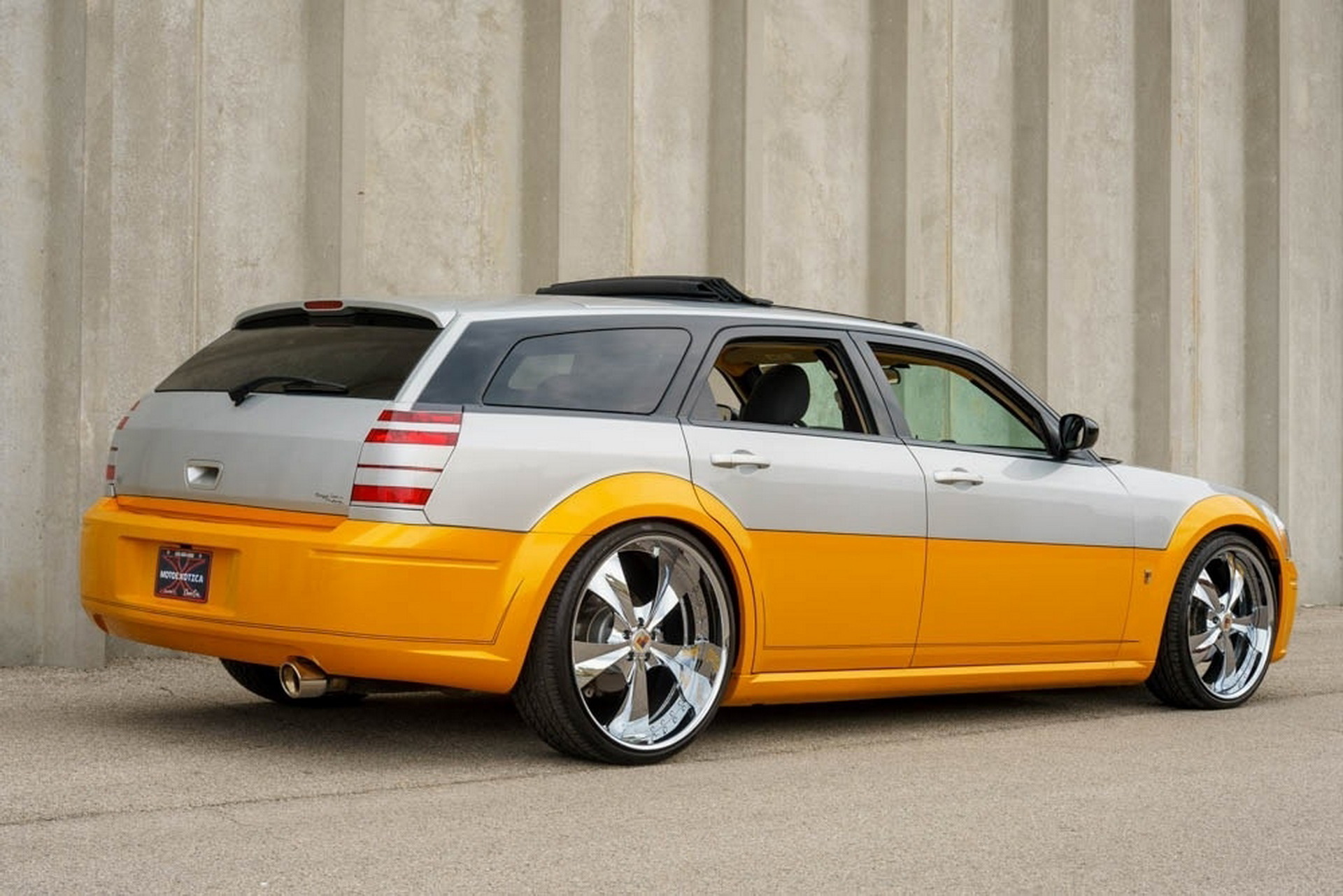 A combination of yellow and silver includes pinstriping and a custom slotted taillight design. The grille is also totally custom and features a bright chrome finish and a waterfall-esque V-design.

Inside the car, it’s not as loud. The gold and black suede seats are bold and somewhat bright as is the gold on the door cards. Beyond that, the rest of this Magnum is pretty much stock and that includes the entire dash, the center console, and the gauges.

The car itself has been featured in a TV pilot about Barris’ cars which included actor Joe Mantegna and then was later used in a photoshoot with a member of the music group The Black Eyed Peas, so it does have a bit of a claim to fame going for it.

The listing says that this car is for extroverts – which makes perfect sense. It even goes on to proclaim “If you don’t want to be the center of attention where you go, especially at car shows and cruise nights, look at our other vehicles.”