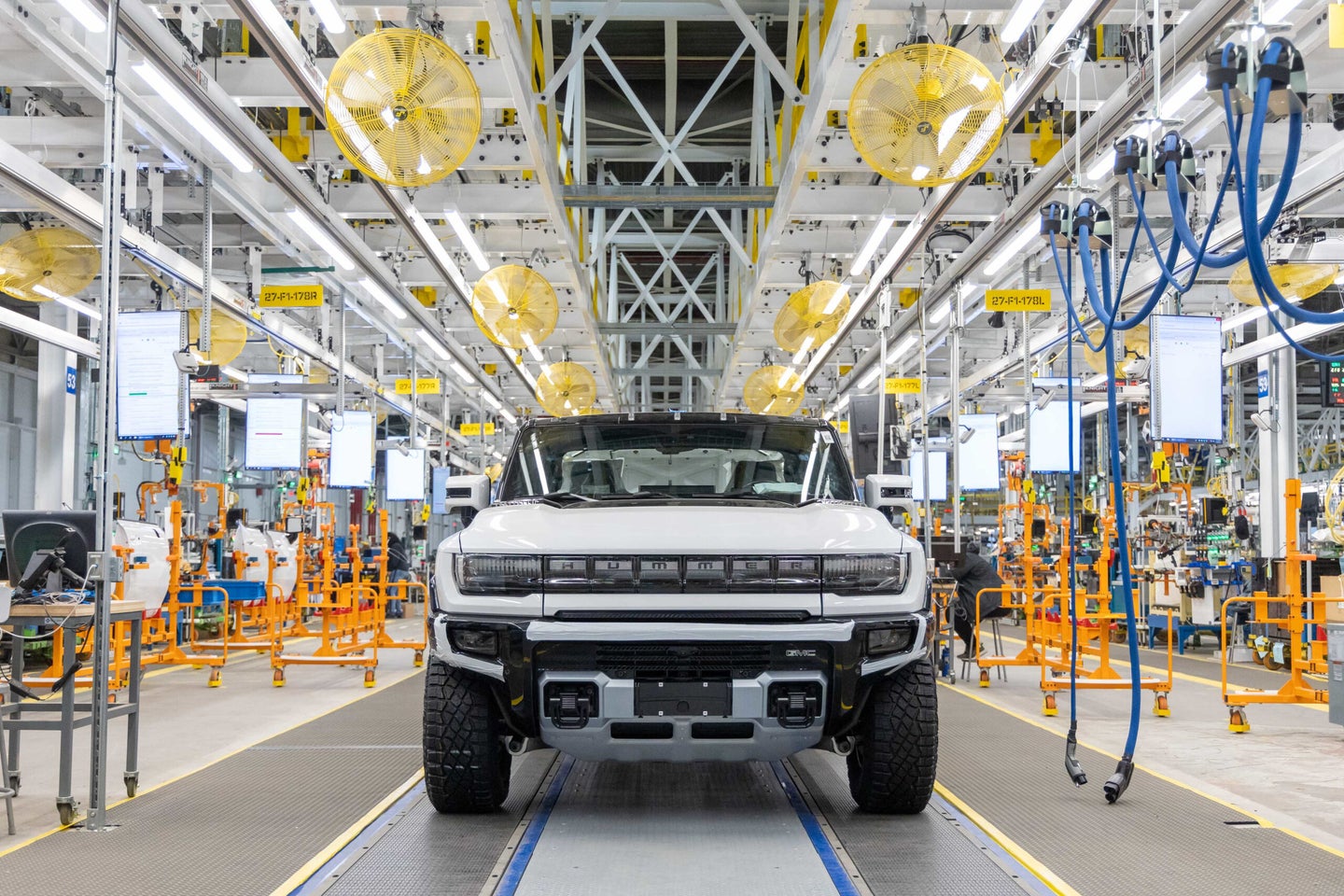 General Motors is searching for more space to expand its EV operations as it expands beyond the Chevrolet Bolt. With the GMC Hummer already in production and the Silverado and Blazer EV on the way, GM is aggressively expanding in its hometown of Detroit. It has already acquired 44.5 acres in Pontiac, MI, and is set to acquire the former AMC headquarters.

The plans to expand in Detroit also include being an occupant of a redevelopment project in the western part of the city, according to Automotive News. GM’s lease on the 44.5-acre property includes 715,000 square feet of newly built space, formerly owned by defense contractor Williams International Company.

GM spokesperson Maria Raynal said to AN that the building will supplement “logistics and other EV work at Orion” Assembly plant, without further elaborating on specific purposes or operations. The Orion plant builds the Chevy Bolt. A source for AN says that operations at Orion involving the Bolt will be moved to the new space.

The automaker is also expected to acquire 760,000 square feet on the site of the former AMC headquarters on Plymouth Road in Detroit, but the lease is not signed or finalized. Yet the word from GM is affirmative on the purchase and purpose of the property, where it will use the space to supplement EV manufacturing at its newly refurbished Factory Zero, formerly known as the Detroit-Hamtramck Assembly Center. Again, Raynal is tight-lipped on specific details of operations.

Automakers are betting heavily on EV manufacturing, with a fairly major ramp-up in the last few years. Ford has already reinvested heavily into EVs, with Stellantis now making more commitments to an EV future.

With all of the land acquisitions, GM has increased production space by at least 2.2 million square feet.

The post GM Might Build EVs on AMC’s Old HQ in Pontiac, MI appeared first on The Drive.