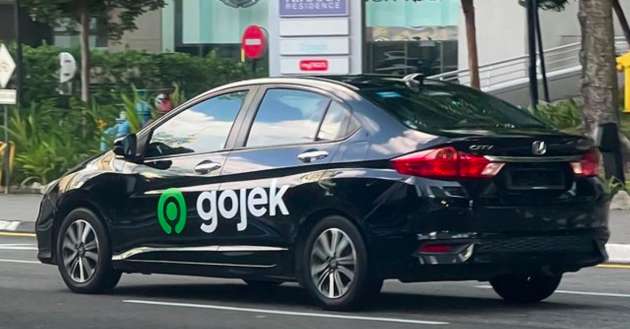 Motorcycle-based ride-hailing service provider Gojek has confirmed that the company does not have plans to enter the Malaysian market, despite a vehicle having been sighted bearing the firm’s logo, according to Tech In Asia.

The vehicle that was sighted with the Gojek logo was being filmed as part of a promotional campaign that is scheduled for release later this year, the company told the news site. According to the land public transport agency (APAD) website, there are a total of 33 licensed ride-hailing providers in Malaysia as of June 7, 2022; Gojek is not included in the list at time of writing.

The vehicle was a black, fourth-generation Honda City which had the Gojek logo affixed to its side, according to images published by The Vocket.

Gojek was brought into the local limelight in 2019 when then-minister of youth and sport Syed Saddiq expressed intentions to bring the Indonesian-based ride-hailing service into Malaysia, though transport minster at the time Anthony Loke that there was no decision made to allow Gojek to operate in Malaysia.

A day after the minister’s statement, Gojek received the green light in principle from Cabinet for implementation of its service in Malaysia. However, towards the end of last year, deputy transport minister Datuk Henry Sum Agong said that the government will not allow motorcycle ride-hailing services to operate, after considering the high number of road accidents involving motorcycles in Malaysia.

The post Gojek not planning to enter Malaysia despite vehicle sighted with logo for promotional video shoot in KL appeared first on Paul Tan's Automotive News.