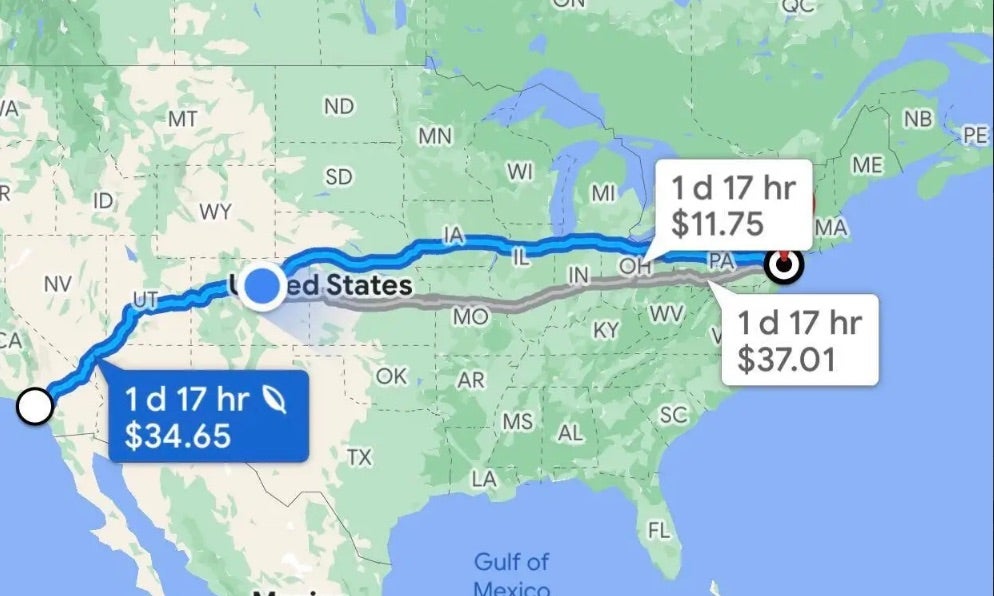 A new update for mobile versions of Google Maps now shows approximate toll prices in the navigation app. In a Google support post published Monday, the new feature was launched for Android and iOS as a way to, “help make the choice between toll roads and regular roads easier.” Before the update, Maps would tell you whether or not a certain route consisted of tolls but did not specify how much you’d have to pay.

The app uses data apparently gathered from local tolling authorities themselves and takes into account the day of the week, the time of day, and whether or not you have a toll pass, the latter now being a configurable value in settings. A projected cost is labeled underneath the duration estimate on routes that involve tolls. Here are a couple of screenshots of what this looks like on iOS.

According to Google Maps, opting for tolls isn’t going to shorten the trip any appreciable amount when driving across the country but shorter road trips—like the one from Philadelphia to Pittsburgh—can be shortened by over an hour if drivers shell out the $33 to take the I-76 toward Harrisburg and the I-376. Of course, for the “Poors” like myself who have permanently set Google Maps to “avoid tolls,” that option is still on the table.

Google says toll prices will start to roll out for almost 2,000 toll roads across the U.S., India, Japan, and Indonesia. Support for other countries’ toll roads is apparently “coming soon.”

The post Google Maps Can Now Estimate Toll Prices and Here’s What It Looks Like appeared first on The Drive.