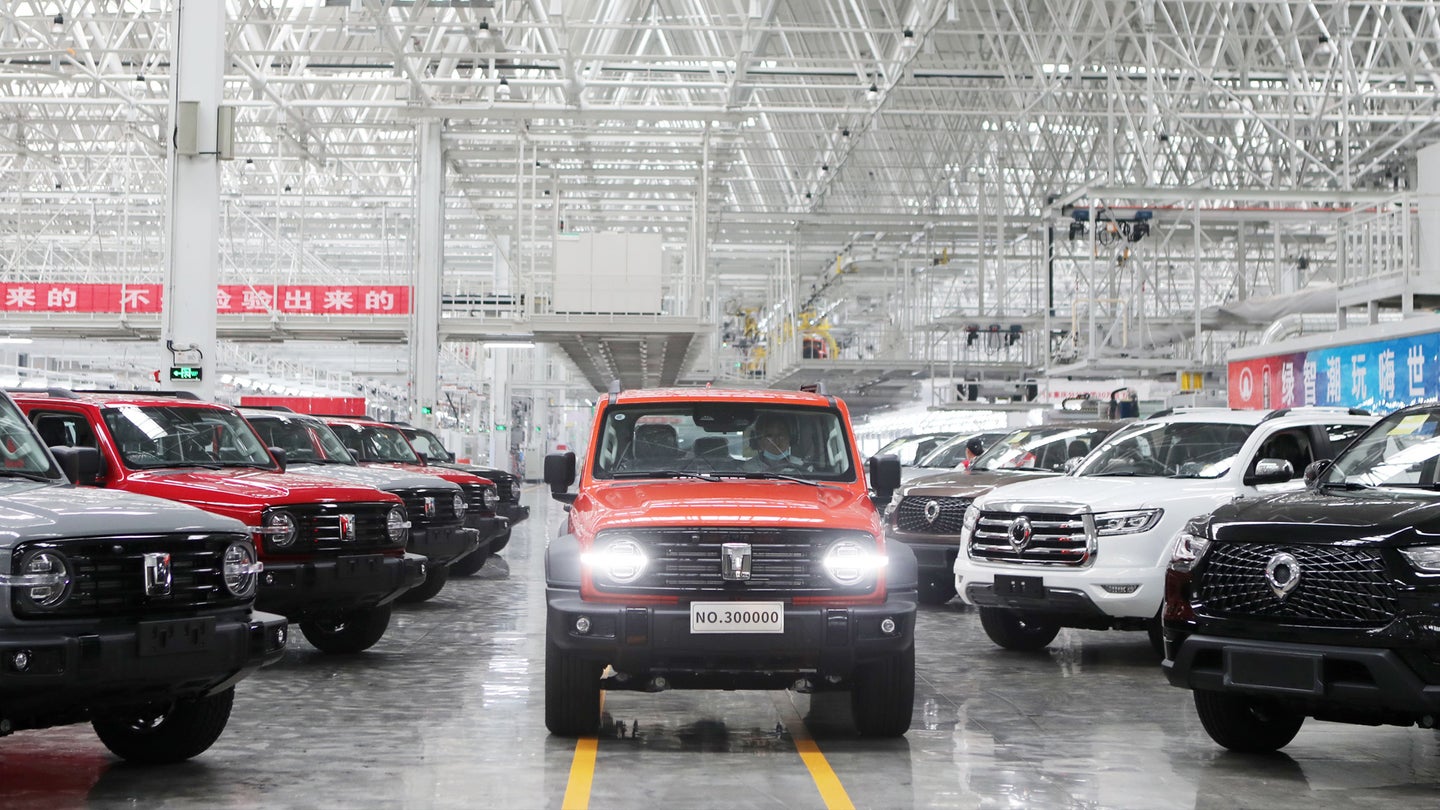 “Great Wall Motor’s fuel cell passenger vehicle brand and products are ready internally. It was originally planned to be launched in the second quarter of this year, but the epidemic factor is expected to delay it until the end of the year,” a GWM source told the publication. The wave of lockdowns in Chinese cities such as Shanghai related to COVID-19 cases is hampering not only China’s economy but also the globe’s, with the true fallout from these lockdowns likely yet to come.

The report didn’t specify what type of car GWM would be trying to make but you can pretty much guarantee it will be big. Hydrogen cars have to have rigid tanks to contain the pressurized fuel, which are volume-intensive and must be well out of the way of crumple zones. WEY and TANK, two GWM subbrands, already make large SUVs that would fit the bill for conversions. It’s possible these vehicles could be converted to hydrogen and then receive a slew of luxury features to raise the sticker price.

Why GWM is making a whole new brand for fuel-cell-powered vehicles as opposed to adding FCEVs to its existing ranges is likely a matter of subsidies. The automaker will be hoping to get some of the sweet hydrogen investment money that the Chinese state is offering. Indeed, many brands are staying with hydrogen largely because of generous subsidies. The Japanese, Korean and German governments all have programs to invest in hydrogen projects, and it shows. Toyota, Honda, BMW and Hyundai—all Japanese, German, or Korean automakers—are all proponents, despite fuel cells’ current deficiencies. Those deficiencies include fuel cells’ struggles to produce high peak power outputs and they often require a high-voltage lithium-ion battery as a bandage. This isn’t mentioning the limitations with hydrogen refueling infrastructure, either.

So while this is certainly an interesting development, don’t expect to see hydrogen-powered Chinese SUVs zooming around American streets any time soon. Not only because the Asian automaker doesn’t sell cars in the U.S., but also because GWM’s sales are still mostly domestic. It sold 1,280,993 cars in 2021, but just 142,793 were shipped overseas. It’s currently unclear if any of these new hydrogen vehicles built by GWM would be exported outside of China, but either way, they’ll likely be fighting an uphill battle in whatever market they’re sold. The niche vehicles, despite having technological promise, have had a lot of trouble making headway anywhere, especially in the United States. Overcoming the numerous hurdles associated with FCEVs still seems like a daunting task.