Have You Ever Seen A Three-Door Subaru Impreza WRX STI 22B Hatch? 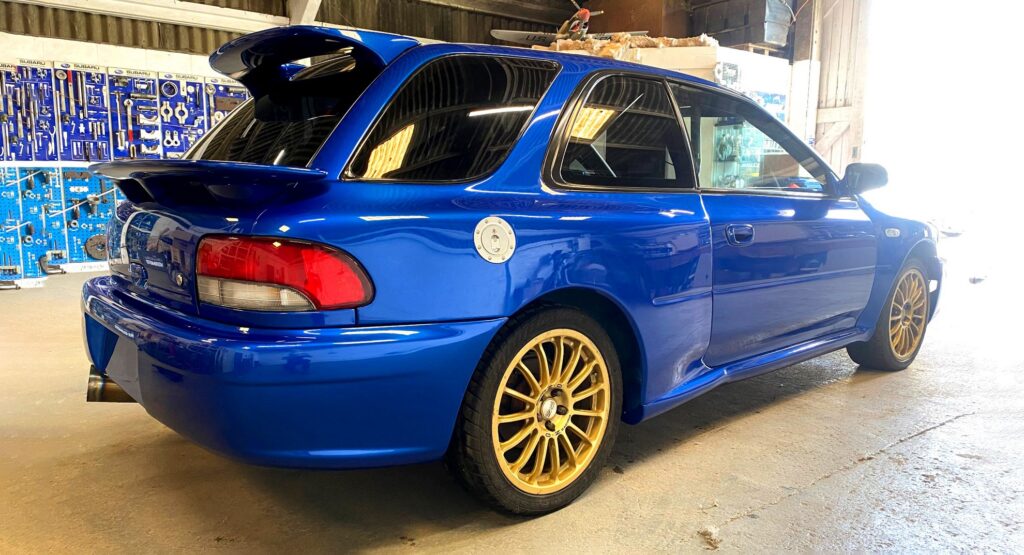 For every car, there is an enthusiast out there wondering what it would look like if it were a shooting brake. Few people have the time and energy to put that into practice, but Subaru fans may have just been given a huge head start.

Scoobyclinic in Chesterfield, U.K., has just put its modified but incomplete Subaru Impreza WRX STI wagon up for sale. Not quite a complete project, the garage is selling the car because it’s “clear we wont [sic] get time to finish it.”

The result of a project that started back in 2008, the car is based on a five-door Subaru Impreza STI wagon whose front (and I guess rear) doors were replaced with longer “Type R” doors to turn it into what they suspect is the only three-door 22B wagon on earth.

The result of the conversion is a little unusual. With the widened wheel arches, the wheels get a little bit lost and the whole rear end looks a kind of bulbous. If you put the effort into getting the fitment right, though, you might find yourself with something completely unique and entirely rad.

And it might be a performer, too. Scoobyclinic writes that it built a triangulated roll cage for the car at the owner’s behest, which makes it very stiff. Photos of the shell, though, reveal that there’s a lot of work to be done inside since it is effectively bare.

Described as a rolling shell, the car has been dry stored for the last 14 years, which means that it’s very clean and free of rot. That will no doubt make it an enticing opportunity for someone with a bit of time and vision. Car number 154/200, it was produced in July 1994, according to Scoobyclinic.